I originally discovered Buffy fanfic back in the mid 2000s — well before I had any familiarity with the show — because I was reading a very good Firefly fanfic in which Buffy somehow appears on the ship and ends up in a relationship with Mal. It ended after six or so chapters, unfinished.

Fast-forward to 2011. I’d finished Buffy, and decided to go looking for that story. What I found instead was a different Buffy/Firefly crossover, in which Xander is sent through a portal to the ‘verse. Then one where it’s Willow and Xander. Then a great one with Faith. And so on.

And I realized they were all from a single site, Twisting the Hellmouth, which is dedicated to Buffy crossover fiction.

Well all righty then.

I read for a while, enjoyed a lot, and eventually became part of the community, not only writing my own crossover fanfic but also some original stories in the Buffy universe.

I will not be including any of my stories on this list (even though I think they’re pretty darn good), but here are six of the best Buffy crossover fan fiction stories, as collected from Twisting the Hellmouth. (They’ll all be completed, by the way.) (And, spoilers for all seasons of Buffy and Angel.)

6. The League of Extraordinary Women, by DianeCastle — crossovers include DC Comics, The Secret World of Alex Mack, Harry Potter, Stargate — While this story isn’t perfect, I respected that DianeCastle took on a massive challenge, which was to bring together six characters from disparate fandoms and get them working as a cohesive unit. I’ve never watched the Stargate series or had anything to do with Alex Mack, but she managed to make me care about Alex, Samantha Carter, and Catwoman, and incorporate Buffy, Willow, and Hermione, into a huge, cohesive story with some awesome set-pieces in the final battle. 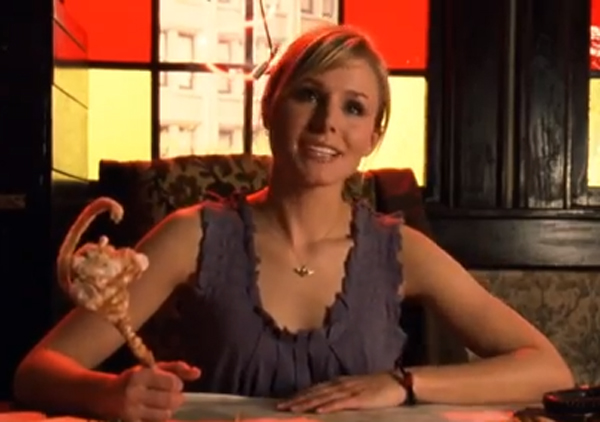 5. Martian Manhunter, by Mediancat — crossover is Veronica Mars — This is perhaps one of the longest pieces of fanfic I’ve read, with more than 90 chapters. The plot is a little “I could do this better” — Veronica makes a bet with Satan that, if she was on Buffy, she could improve things while also managing to survive her own days at a version of Sunnydale High School which also includes Wallace, Mac, Logan, Duncan, and the “who killed Lilly Kane” case. A great piece of plotting that covers pretty much the entire second season, although the denouement drags on quite a lot.

4. Dead Man Walking, by Alkeni — crossover is Highlander — I love the Highlander universe. Even The Raven wasn’t too terribly awful. But this story is set apart because it resides mostly in the Buffyverse, with only a few nods to the crossover source material. In Season Three of Angel, Wesley’s throat is cut. This story posits that he died and was resurrected as an Immortal. It includes the Wesley/Lilah relationship, which I enjoyed. The only weak point is when the gang goes to Sunnydale for the final battle with the First; I felt like it was done too quickly, with Wesley being too uber. Still, very enjoyable to read.

3. Equilibration, by CaptMurdock — crossover is with Star Trek: The Next Generation — I make no bones about the fact that I am all about Willara. And of course I adore Star Trek. This story puts our Buffyverse heroes into 23rd-century Trek, and then sends Willow through a time portal to the 24th century, where she is acclimated to her new starship by — you guessed it — a young Counselor named Tara Maclay. The writing is respectful of both sets of source material, as well as the building of the Willara relationship, and contains a lot of funny bits. 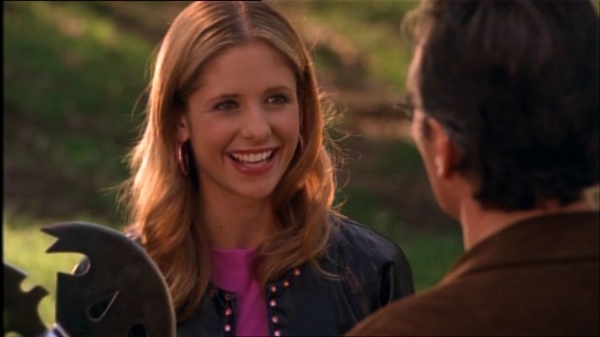 1. Legend, by ShayneT — crossover is with Star Trek: The Next Generation — This 100,000-word (exactly 100,000 words) story is possibly the finest piece of fanfic I’ve ever read. Starting with the TNG episode “The Most Toys”, it brings together Buffy, the Buffybot, the TNG crew, the Borg, and several surprise visitors in a massive three-part story that covers the naturalization of Buffy, her trial (just trust me), and then her redemption. Told powerfully and intelligently (except for a few misspelled names here and there), and with an emotional gut-punch near the end that you will not expect to make you cry, Legend is worth your time if you like Buffy, Star Trek, or just plain old good storytelling.

So. That ought to keep you busy for a while.

If you prefer your Buffy fanfic without crossovers, here are some non-cross pieces from TTH to tide you over.

So, what do you think? Do you agree that these are great? Do you have a dissenting opinion? You tell me.

Got an idea for a future Six Of The Best? Send it to me on Twitter @Listener42 and if I like it I might actually use it. Eventually.