SIX OF THE BEST… books I discovered by accident

I know I’ve mentioned in the past that I subscribe to an e-book library that often gets pretty big dumps of books for borrowing. It’s not quite like going to the bookstore — you can’t just walk through the aisles until you find something that looks good. It comes down to title, author, and a thumbnail of the cover. If I’m interested, I’ll click in and read the synopsis, and if it catches my interest, I’ll borrow it. 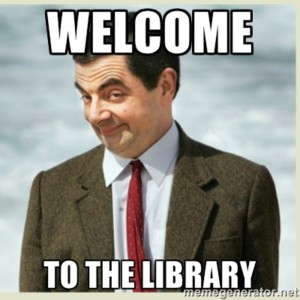 Sometimes I stumble upon crap. But other times there are hidden gems. Here are six of the best books I discovered by accident:

6. Please Don’t Tell My Parents I’m a Supervillain, by Richard Roberts — I read this book a little over two years ago and reviewed it for Escape Pod. It’s the story of three middle-schoolers who are children of superheroes (well, one of them just wants to be super) and end up turning into a group of supervillains — except that they don’t actually want to be villains. It’s quite funny and engaging, and the main character, Penny, is a protagonist the reader can get behind.

You might also enjoy… Soon I Will Be Invincible, by Austin Grossman, came out in 2007, but is still an enjoyable read today. The technology isn’t too anachronistic, and you really can root for the “villain”, Dr. Impossible. here’s my full review. 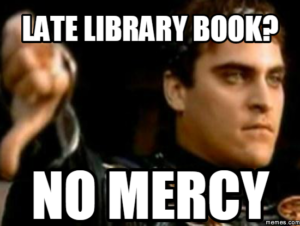 5. Santa Olivia and Saints Astray, by Jacqueline Carey — I read and enjoyed the Kushiel saga by Jacqueline Carey, and when the library added some of her other books, I gave them a shot. I tried the Agents of Hel series but it didn’t do it for me. Then I found Santa Olivia, which is the story of a near-future border town between the US and Mexico that is supposed to remind us of the European ghettos. Into this world comes Loup, the daughter of a Santa Olivia resident and a genetically-engineered soldier on the run. When her brother is killed by a careless soldier, she does everything she can to escape — something no one has done before. Saints Astray is the sequel, in which Loup and her lover are hired by a protection firm to use their unique talents as bodyguards, and it has an entirely different tone, but it’s also good.

You might also enjoy… Friday is one of my favorite Robert A. Heinlein novels, and in some ways it reminds me of Saints Astray. Friday (the main character) is a high-tech courier who goes through several adventures in the moderately-near future, and Heinlein’s traditionally-male-sounding narrative doesn’t actually sound bad coming out of her mouth. It’s a fun book, and you should read it. 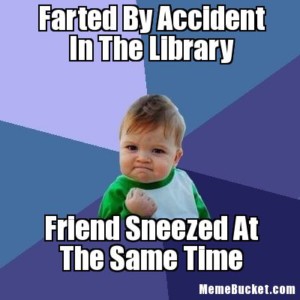 4. Not QUITE the Classics, by Colin Mochrie — I had no idea Colin Mochrie wrote a book, let alone a book of short-stories based on classic fairy tales. Basically, Mochrie crossed his improvisational comedy with classic stories, and created this amusing little volume.

You might also enjoy… Ghosts of Engines Past is a recent short-story collection by one of my favorite authors, Sean McMullen, and it contains several pieces related to flight, technology, steam engines, and history — alternate and otherwise. One of my favorites, “Svyatagor”, is about a Russian mission to Mars. But you say there was no Russian mission to Mars? Read and see. 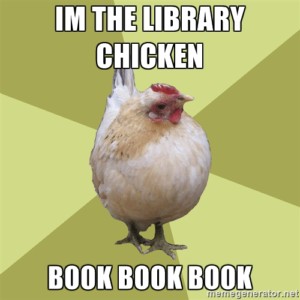 3. Wolf in White Van, by John Darnielle — John Darnielle, from the band Mountain Goats, crafted a very interesting tale of a severely-disfigured man who uses the postal mail to play a massive role-playing game with people worldwide. I found this book to be rather literary in that the story isn’t told in your traditional exposition / rising action / climax / denouement style. It’s really more about finding out exactly what happened to the main character and why he ended up disfigured. I read this book because one of my close friends is a huge Mountain Goats fan, so when Darnielle put the book out I saw it on Facebook and I liked the synopsis. I don’t know if I actually liked the book, but it was compelling enough to keep me reading.

You might also enjoy… I was originally going to talk about Ready Player One here, but I decided I should instead go back a little further, to a book that’s far weirder: Headcrash, by Bruce Bethke. Remember back in the 1990s how we thought that cyberspace would be more like virtual reality? Well, Bethke’s book takes that to extremes, introducing us to Max Kool in a hilarious, satirical look at the future. Worth a read. 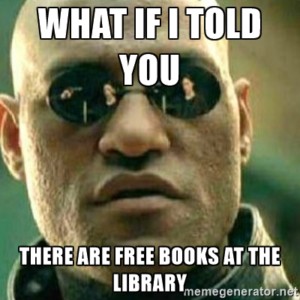 2. Holy Cow and Bucky Fucking Dent, by David Duchovny — I had no idea that David “Fox Mulder” Duchovny was a writer. And, as I learned, I really had no idea that his books would be as funny as they are. Holy Cow is a modern-day Animal Farm — the story of a cow who just wants to go out and see the world. It’s completely ridiculous, and a quick read as well. His other book is a story about a middle-aged man, his father, and their love for the Boston Red Sox, culminating in Dent’s three-run homer that sent the Yankees to the World Series in 1978. It’s also funny, but poignant as well. I never thought I’d like a book like that, but apparently I did.

You might also enjoy… I don’t know if you remember, but back in the nascent days of the internet a writer named Mil Millington created a website recounting all the things he and his long-term girlfriend (and the mother of his children) had argued about over the years. And it’s hilarious. Later, he turned that site into an equally-hilarious debut novel, and wrote three books after that which are also quite funny. But Things My Girlfriend and I Have Argued About remains his best work, in my opinion, and if you haven’t read it — or his site — that would be an excellent use of your time. 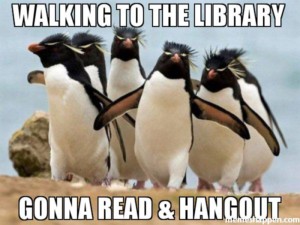 1. Grimspace, by Ann Aguirre — Grimspace is the novel that starts the Sirantha Jax series. Jax is a navigator who can move starships through “grimspace”, a dangerous, mind-damaging dimension that allows faster-than-light travel. It’s basically a cross between Firefly and Embassytown — a little derivative, but fun and interesting, with an unpredictable (and somewhat unearned) twist at the end. I’m putting it at number one because, despite all of that, I really liked the book and am waiting for the library to get the next one in the series.

You might also enjoy… Embassytown, by China Mieville. I reviewed this book in 2011, and reread it a few months ago, and it’s still as good as it was the first time around. It’s a dense, difficult book that’s just as phantasmagoric as Mieville’s Bas-Lag series, complete with some of the most creative aliens you’ll ever meet and a series of morally-grey protagonists — including one who is literally a simile, as well as a navigator through a strange dimension that allows interstellar travel. It’s one of my favorite books. 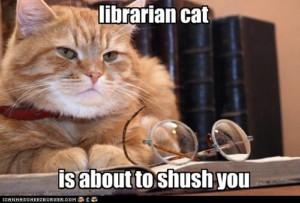 Since we’re talking about libraries, I wanted to give a shout-out to the librarian at my elementary school. I can’t remember her name, but I can remember that she worked very hard to make sure I got all the Judge Benjamin: Superdog books as they became available. I used to go to the library every day to see if the latest one had come in. There were only five in total, but they were great fun.

And, in fact, while I was looking these up on Amazon, I discovered what might be a sixth book in the series. You can damn well bet I snapped that one up. 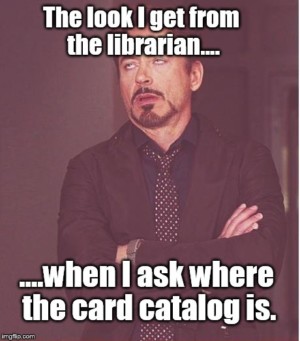