Captain Tech Support (CTS): Ahh, comfort food. You know the stuff we mean. Shepard’s pie, nachos, and our personal favorite: Mac-n-cheese. When made right, this is food that fills your heart, as well as your belly, with warm fuzzies all the way to the top. The other night, Mrs. Pixie and I had a hankering to make just such a dish, and baked mac-n-cheese was born through our collaborative efforts. 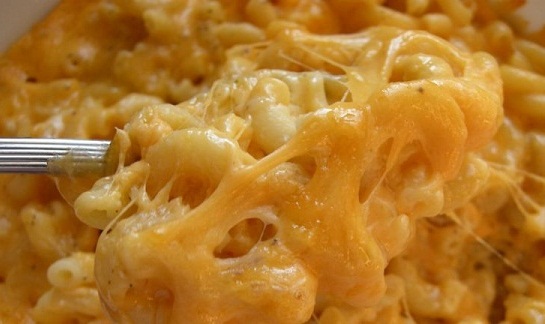 Pixie: The Captain and I don’t often do random meals that we make from scratch. We are generally meticulous and make a plan. If it’s random, it will be bought from the store pre-made or we go to a restaurant. I don’t like not having a plan when making things. The Friday after Thanksgiving, we decided to be spontaneous. I found some macaroni noodles in the cupboard and that’s what got our gears rolling.

CTS: It was late at night, and we grew hungry. Pixie mentioned making a delicious baked mac-n-cheese and I knew right then and there that I would not be sated by anything less than that cheesy ambrosia. I noticed that she was rooting around the cupboards for a bit and my heart sank. “You’re not looking for boxed stuff, are you?” I asked. That is when she gave me an all-knowing grin and produced a bin of macaroni noodles. Suddenly, I knew all would be right with the world. 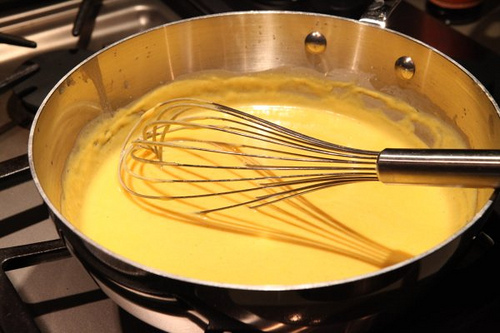 Pixie: I love it when I know things he doesn’t. Also, I love the fact that he knows how to make a cheese roux properly. I don’t trust myself making roux. I was not a terrific cook when I met CTS. I follow directions REALLY well and know my flavors, but I am not good thinking on my feet. I decided I would do one thing I know how to do well; I will boil the fucking noodles.

CTS: We each took to our separate tasks. Mrs. Pixie focused on getting the noodles just right, while I got to work putting together the cheese sauce. You see, I feel that the “cheese” in mac-n-cheese is what will really take the dish over the top. The foil-wrapped stuff you get in the Velveeta boxes are alright in a pinch, however if you have the time I highly suggest making some of your own. The foundation of any cheese sauce is going to be your roux. Essentially, you melt some butter (or a bit of vegetable oil) and heat it on “medium to medium/high”. Once it starts to heat up, stir in some flour. Keep on stirring because you don’t want it to burn. As a cheese sauce base you really want your roux to have an off-white color. Once you get the color you want, add a bit of milk to the mix and stir it in to get a soft pudding-like texture. Now for the most important part of your cheese sauce; the cheese! We started with about 2 cups of shredded medium cheddar. Mrs. Pixie asked me if it could use more cheese. Silly question as you can ALWAYS use more cheese. So she grated me about another 2 cups of shredded sharp cheddar. We added pinches of salt and pepper, and the sauce was done. 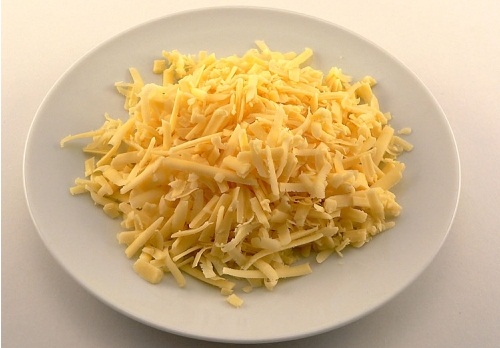 Pixie: It ended up being a two (wo)man job, stirring the roux. It was really fun to work together on this. I finished up my 3 cups of macaroni noodles to al dente texture. I found a great hint on a box before on how to cook the perfect noodles. Bring the water to a boil first, boil the noodles for 8 minutes, and then pull them off the heat and let them sit for 5 minutes. I have yet to fail at this. If the noodles are a little thicker, boil for 10 minutes. I looked for more seasonings we could put in and found Blazin’ Blends New Orleans Style. We decided to put it into the sauce and then mix in the noodles. After that, we put it in a 9×13 greased baking dish. 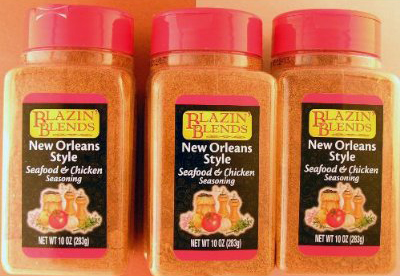 CTS: Once the entire mix settled into the casserole dish, we added the key secret ingredient; MOAR CHEESE! Pixie and I coated the mix with another cup of shredded sharp, and tossed it into the oven which was pre-heated to 350 degrees. 20 minutes (that felt like 20 hours) later we pulled out the most mouth-watering, dish of cheesy goodness we had ever seen. The first bowls we had lasted a mere 3 minutes before we wordlessly made our way back to the source of so much happiness to get seconds. Our souls had been satisfied, and our tummies filled.