As any connoisseur of B-grade (or Z-grade) sci-fi and horror movies will tell you, there’s a huge difference between a bad movie and a movie so bad it’s brilliant (but in an awful way). The same thing goes for TV shows. The original Star Trek may be dated and have the cheesy sets and costumes, but it’s still more fondly remembered than the whiz-bang CGI-heavy show Enterprise.

Here’s the story: The Brady Bunch is another one. 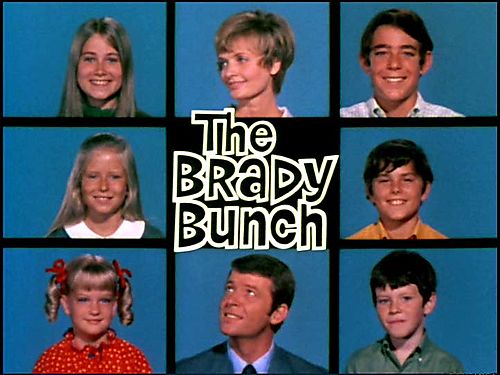 To be honest, it’s pretty bad; a sit-com that’s not really funny, fuelled by a ludicrous premise and stories so weak they make Three’s Company look like Macbeth. Add six child actors into the mix and you’ve got a recipe for disaster.

The idea for the show is exactly what they sing in the sickeningly sweet opening credits. A single mom raising three daughters meets a single dad raising three sons. They get married, and… well, that’s it basically. The kids argue sometimes but always make up at the end of those episodes, the mom and dad hug and gaze on lovingly, and Alice the maid makes meatloaf. Riveting stuff.

The most excitement comes from situations like arguments over who’s going to use the phone, what to buy with their trading stamps or – gasp – the girls not being allowed in the boys clubhouse in the back yard. Oh, and there’s one where the family dog runs away. These aren’t exactly the sort of stories that’ll have you on the edge of your seat. 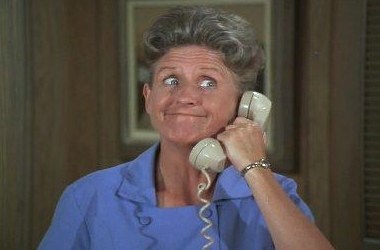 So what is it that makes this show so damn brilliant then? The first season aired in ’69-’70, and seems behind the times even for then. Their house looks like an Extreme Makeover: Home Edition on acid. The kids are as cute as a bucket of paint. The mom and dad make you want to swear off love forever because it’s so nauseatingly nice. And Alice… Oh, Alice.

But dammit, it works!

It’s like watching a road accident, you just can’t take your eyes off it. The second the theme tune starts up, your resistance crumbles. You’ll hum it, you’ll sing it, you’ll wake up screaming in the night because it won’t leave your brain. You don’t care that there isn’t a funny joke in sight in the show, because you’re too busy being overwhelmed by how sappy and dumb the whole thing is. You’ll like the kids no matter what, even if this is before Marcia became hot and Jan became more geeky than calculator watches. You can’t help but wonder if parents Mike and Carol are so laid-back because they’re smoking something special. As for Alice, she’s just groovy.

Then there’s the throwback of the movies, of course.

The Addams Family may be kooky and ooky, but they’re nowhere near as weird as the Brady Bunch. The Brady movies in the ’90s proved that, smartly contrasting them with a more modern society. The characters and scenario seem so far removed from reality that they’re freakishly geeky, from their astroturf lawn to their happy-happy potato sack racing. When you watch the original series again it strikes home even more that those Bradys are just weird… And that’s so, so cool. 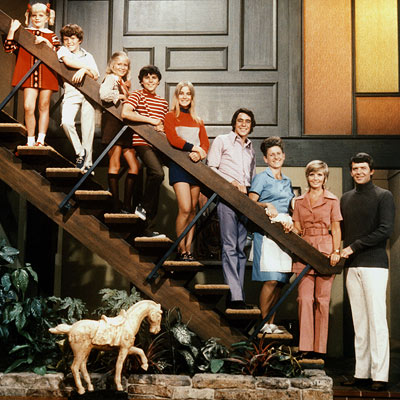 Season 1 features all the things you know and drop your jaw at, from that lawn to the glass-free windows and sliding doors, endless amounts of coffee, cake and meatloaf, and even Sam the butcher slipping Alice the odd tube steak or pound of mince. Uh… Yeah. That pesky horse statue is there too, along with the shot of the characters lining up on their staircase as the episodes announce that they’re… in color!

Fans of the films will spot the original storylines or events mentioned in those later productions, like Cindy’s doll Kitty Karry-All going missing, the building of the house of cards to settle a family dispute and Marcia’s diary mentioning her “womanly thoughts” of wanting to marry Desi Arnaz Jr. While the first season is still too early to see the garish clothes of later years or the kids hitting their “wild” high school shenanigans (or Marcia’s nose being broken in that freak backyard football accident), it’s still pretty groovy in a far-out, happenin’ way.

If you’re after some retro processed cheese, it’s hard to find better. 25 episodes (including the pilot with Mike and Carol’s wedding), commentaries on a couple of episodes and a featurette make this a decent DVD investment. It isn’t funny (or particularly good), but it’s hypnotic and will leave you in brainwashed awe at how ridiculously bad it is.