Home/Nerdery Publications/The Return Of The Ultras: Come On Marvel …I’m Beggin’ Ya
­

So, I was at the New York ComiCon in 2008 pitching an eight page story I had written. It was a pretty awe inspiring scene. The venue was massive. The crowds were obscene. I met the guy who created Robot Chicken …the one who isn’t Seth Green. Hell, I even saw Ron Perlman. Granted it was from about thirty yards away but I’m sure it was him. (He was standing under a Hellboy 2 banner with Doug Jones and Selma Blair so I’m fairly certain.)

I bounced from booth to booth, meeting big and small, buying everything that looked like it was worth a read and more than a few things that didn’t. I even had the amazing pleasure of meeting the legendary Joe Kubert who took the time to actually give me career advice when he had a long line of artists (not wannabe writers like myself) cued up to show off their portfolios.

All of that done, and with only a few bites on the story I was pitching, I decided to make my way into the vendor quadrant to fill some holes in my comic collection. Little did I realize but I was about to step into a Twilight Zone episode.

I made my way to the first vendor, thumbing through boxes of old back issues looking for jewels before I was approached by the kindly older gentleman who ran the booth.

“Help ya find anything,” he asked, his voice sounding more like Burl Ives that I had expected.

“Yes,” I said. “I’m looking for old back issues of Ultraverse books.”

“Ultraverse, ya say,” he said, tipping his straw hat back and scratching his goateed chin. “Can’t say I’m familiar with them. They a new line?”

“Hmmm. ‘Fraid I can’t help ya, friend. We do have full runs of Shaman’s Tears from Image, if that’s ya thing.”

I chalked the first booth up to one man not knowing comics in the 90’s. It was a dark time after all. I would have better luck at the next booth, I was sure.

Then it happened again, this time sans Burl Ives impersonator. Then again at the next one. And so on. I was vexed. I was stunned. It was madness. How the hell could no one know about the Ultraverse?! 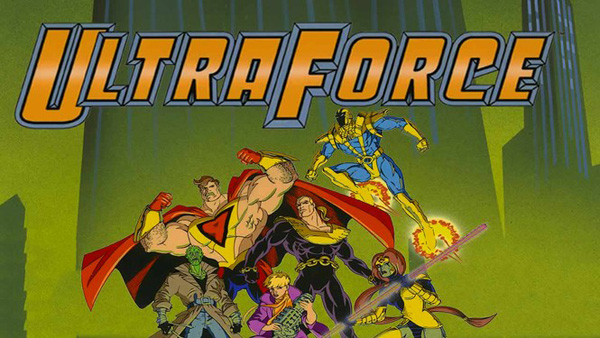 This was a line that was strong enough to get a Saturday morning cartoon (UltraForce), a live action TV show (Night Man) and a live action movie for one of their Zero Issues (Firearm). Now granted all of the shows were cancelled pretty fast and the movie was dreadful but still they were big enough to pull it off.

How the hell had a company been completely forgotten in just a little over a decade?

I left NYCcon happy with my purchases but still trying to wrap my head around the overall odd sensation I got from simply bringing the subject up. So I did some digging. It turns out that what happened to the Ultraverse was the same thing that happened to so many of the upscale indie companies.

For those of you who aren’t up on your comic industry history, the late 90’s was kind of like Europe at the heart of the Black Death. Things had been going great leading up to it. Trade was booming from all over the world. People were happy and the good times never seemed like they were going to end. Then the bubble burst. Indies folded left and right. Even Marvel declared bankruptcy at one point. The Ultraverse had just been a victim of that burst…kind of.

I couldn’t find the comics but by God I could find a history of the characters and the books online. I almost wished I hadn’t.

The stories all took weird turns. Teams got complete makeovers. Artists shuffled in and out. Weird twists were brought in. It all just seemed to train wreck all at once. Enter Marvel who bought their parent company, Malibu Comics, and tried to reboot the whole line, crossing them over with the flagging 616. That failed too, so another reboot was planned. That never happened.

From what I read it turned out that all of the books were actually owned by their creators. And, silly as it sounds, them that created these characters weren’t too keen on just handing over the keys to the castle without recompense. I guess Marvel wasn’t happy with the figures so they did the only thing they could think of. They closed the shop and locked the doors.

Despondent from my new found knowledge I did the only thing a self-respecting comic book geek would do under the circumstances. I wallowed in back issues.

This did not help.

I guess not every book in the UU was the gem I remembered them being. 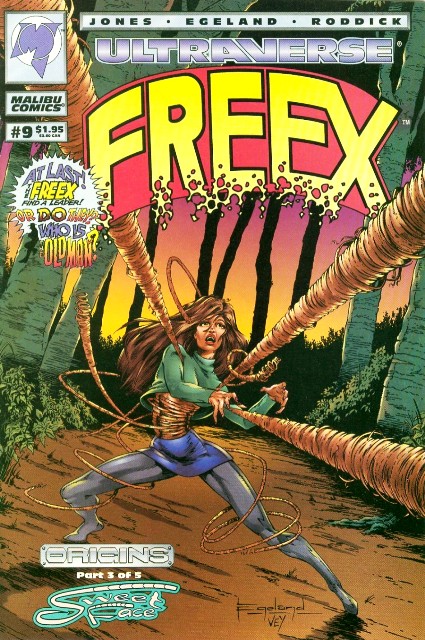 The Freex were basically a duller version of the X-Men only smaller. Solitaire was just Batman if only his mother was killed and he was filled with nanites. Hardcase was just TVs Fall Guy with super strength and survivor’s guilt.

Those clunkers aside (oh and Prototype … Hey, let’s do Iron Man but not smart or rich or interesting or …) there we some great, potentially iconic, characters.

Prime had all the makings of an icon with a Shazam meets Spider-Man back story and a central character who was still naïve enough to welcome readers into a new world. He and some of the other “young” characters made a great counterbalance to “old soul” characters who were either jaded & insane (the former corrupt cop turned walking pile of sewage Sludge), tired & retired-ish (former British special agent turned book lover Firearm) or simply creepy as hell (alien vampire/cancer victim Rune). The more I read the more I liked. The more I liked what I was reading the more I saw potential. 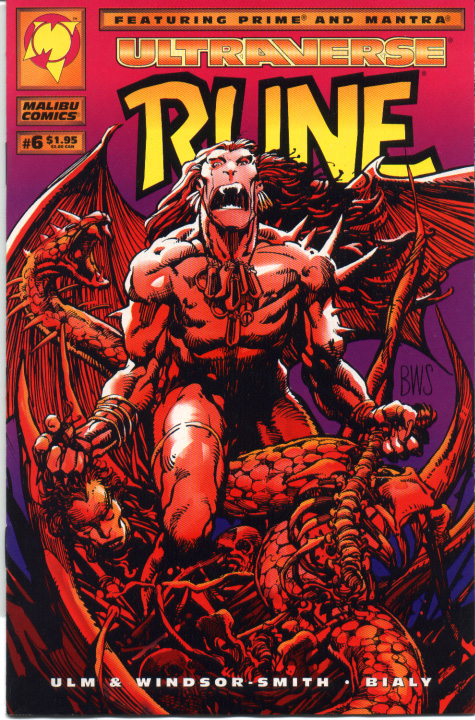 These weren’t the standard 90’s indie darlings. They were more complicated. They had more going on between their ears. They had issues and they didn’t always deal with them well. They were flawed and at times failing either themselves or those around them. They had a realness to them that you don’t often see. AND THIS WAS IN THE MID-90’S! Comics had become about as superficial as you can get and a good chunk of the Ultraverse characters had actual depth.

Why am I bringing this all up now? If you’re a comic book geek like myself then you probably already know the answer.

Comic books are having another golden spike. Batman, Iron Man and the Avengers all brought home a billion dollars each for their films. You have some of the best writing and art imaginable. Merchandising is through the roof with games, action figures other tie-ins. San Diego, New York City and Atlanta become the epicenter of international pop culture for their respective conventions on scales that baffle the imagination. Indie companies are on the rise again, most notably the return of Valiant Comics.

New faces stand the chance of taking room in this new fertile ground.

So this brings me to the “I’m beggin’ ya” portion of things. Ahem…here we go.

You’ve got Doc Ock in Peter Parker’s body. You’ve cycled and re-cycled all sorts of leaders and members of the X-Men countless times. Same for the Avengers. And the Fantastic Four. And the Defenders. And the Invaders. You’ve killed icons and legends and brought them back from the dead just to kill and resurrect them again. You need fresh blood on the story front. You have a wealth of readymade characters you can call on at any given point to liven things up in the 616. You can give them all new back stories while keeping the wonderfully complex frame work (Example: Bring Hardcase in as a former member of Matt Fraction’s underrated and over-cancelled The Order series …that was a great one).

All you gotta do is write the checks and buy the old Ultraverse folks out.

Oh don’t give me that look. You’ve got the money. You didn’t just break even with The Avengers, X-Men and Spider-Man franchises (you might have with the Fantastic Four but that was your own damn fault). You’ve made billions with a B!

So, come on, I’m beggin’ ya, pay them what they want and let’s have some fun with some of the 90’s greatest, most interesting and forgotten characters. Take a chance on them and I think you’ll be pleasantly surprised,