I was talking to my roommate the other day. They were telling me all about taking their little one to the playground. He insisted on playing in the sections that were out of his age range. I chewed at my ice cream spoon and asked “WHAT?!” There are age sections in playgrounds now?? When in the fuck did that happen? When I was growing up there was THE playground. You went down the slide or you didn’t. You played on the swings or you didn’t. You were either THIS tall to get out of the sandbox or you weren’t. There were no safe play stations for little kids to slide down their own special slide or to not go so high on the swings lest they jump off and hurt themselves.

This revelation led me to reminisce about what my playground was like. Growing up I had my own swing set, complete with slide, single swing and a double-facing bench swing. It was lovely. I was little. When I got bigger Mama Blitz started taking me to the playground. It was in front of a glistening lake and next to tennis courts. The sun beat down on every single piece of equipment and every single piece of equipment was a deathtrap. 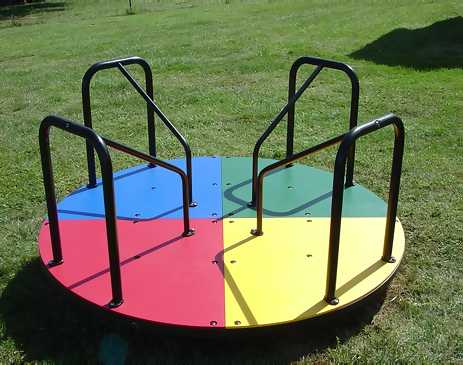 Merry-Go-Rounds: Remember these things? Molten hot metal bars atop a lava metal base complete with ridges. Inevitably someone would attempt to balance out this spinning wheel of death with two or three people strategically placed around it. This would, of course, fail. As the spinner ran and ran and ran – speeding up as fast their adolescent legs could carry them – someone would fall off or fall in and the screaming, flailing, burning, melting would begin. As I recall these were also surrounded by a ditch of dirt caused by the running in circles. Gods forbid you were the kid that fell off and rolled under this disc of doom. 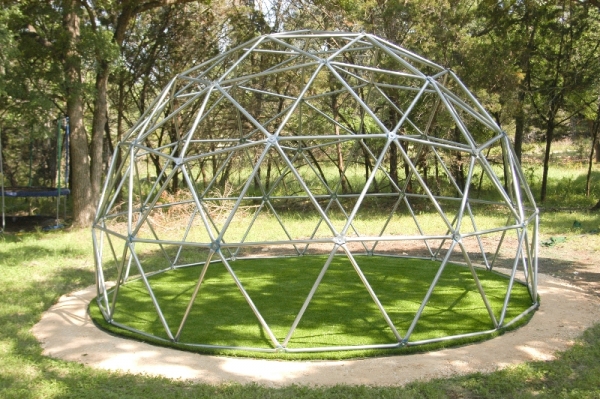 Climbing dome: Seriously?!?! Who in the hell thought these things were a great idea? I would have loved to have been in on this meeting: ‘I know, let’s create a giant dome out of metal bars that goes at least 8ft in the air. Kids can climb through the holes in the dome and climb all the way to the top. Good, yeah?’ Fucking NO! First off these death domes were NEVER in the shade. The moment you clasped your hands onto one of the bars you blistered, popped and stuck to the fucking things. You had no choice but to attempt to climb up just to pry your melted palms off the bars. Then, if you managed to get to the very top, getting back down again was nigh impossible. You could climb down backwards, blind to your footing and stepping on all of the other palm-melting kids OR you could jump the 8-10ft to the ground. Good luck with that. 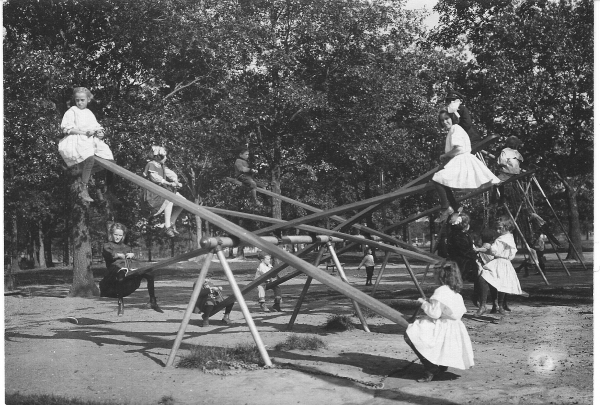 Teeter Totters: Fuck you. Teeter Totters are the worse fucking invention fucking ever. If you managed to get two people on without any struggle or pain you were fucked getting both people off the same way. It was all fun and games while you were tottering back and forth throwing each other into the air and landing gently* to the ground only to teeter back into the air again. *By gently I mean double slapping into the ground where you crush your ankles and the seat of the fucking teeter totter slams back into your ass causing air sucking pain. One of you would get off easy peasy, the other would walk the rest of the day as though a teeter totter seat was shoved into your crotch. 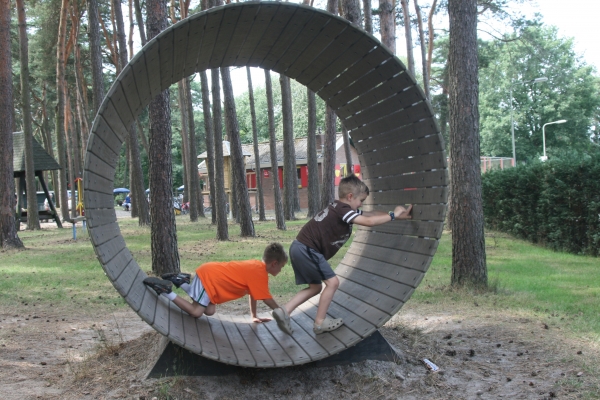 Hamster Wheel: You know what, we’re not fucking hamsters, and there’s a good reason for that. The playground I grew up playing at had a hamster wheel that was built inside a neat little house looking frame. It was super fun and super trample prone. No matter how many people were on this freaking thing someone would slow down or fall down and the whole wheel of kids would come plummeting down atop the original faller. The only good thing about this piece of equipment was that no matter the age, height, weight of the hamsters EVERYONE got trampled. It was an equal opportunity fucker upper on the playground.

How in the fuck did we ever survive these playground things without age appropriations? Oh, that’s right, because we were also raised with lawn darts and parents that figured natural selection was easier than eating the weakest of their children. Geesh.