Nerd Movies: The Next Generation (Part II) OR A Gamer Tag Shall Rise!

Okay, okay, so I pretty much called for the death of the comic book movie.  Yeah, I did it.  I know I did it but hush, hush now my little nerdlings, for I come bearing a treasure to fill the aching hole I left inside of you.  I bring you…PROPHECY!

We nerds love so many things and we love them so dearly.  We love our comic books made flesh.  We love our camp actors no matter what they’ve gone on to decades after they actually made an impact.  We love our Doctors in the form of a question.  AND WE LOVE OUR GODDAMN VIDEO GAMES!

The studios are becoming more and more aware of this as well.

But before we get into all of that, let’s take a walk down memory lane, shall we?  Because I can feel your trepidation…I can taste it.  You’ve been hurt before.  It’s okay.  So have I.  We’ve all been hurt with promises of seeing our kickass, bloodletting heroes walking, talking and breathing on the silver screen but what we’ve been given is, well…

The Good, The Bad and The “…and then that happened” of Video Game Movies

These make me happy.  Like mommy’s kisses or a coping a cheap feel…or both at the same time. 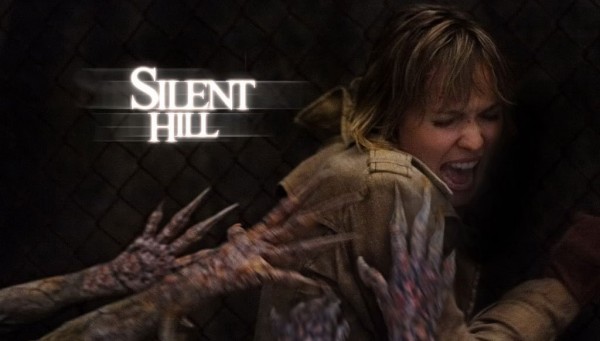 Silent Hill
Say what you will about this movie and I really don’t give a shit.  Silent Hill (the game) and its franchise have always been scary as FUCK!  And this movie legitimately scared the FUCK outta me (seriously, I was FUCK-less for like two-three weeks).  The sounds coming from the mist.  The fire.  OH and just two little words that will still make me cringe and turn from the screen: Pyramid Head.  The torn clothes and then the torn flesh.  It…FUCK (just pooped a little).  Plus you had good turns, acting wise.  I’m a mark for Radha Mitchell and Sean Bean.  I could watch them read the phone book and be a very content FUCK-less bastard.

Resident Evil #1
Again, file this under “FUCK” as well.  Resident Evil (the game) has always been filled with twists and surprises and all sorts of bloody hellish goodness.  Mmmmmm…goes down so smooth.  It’s like mother’s milk…if your mother’s teats expelled fear, adrenaline and biological terrors that would keep the guys at the CDC up nights in the coldest of sweats.  It just never seemed to stop, slack off or stop hitting you in the face.  The games have always been great about conveying that non-stop sense of shit coming off the rails and this movie actually made good on it.

You ever seen the movie “Clue”?  Madeline Kahn’s turn as “Mrs. White”.  “Flames…flames…on the side of my head.  Heaving…breathing…flames…the fire…fire.”  Yeah…these movies make me feel that level of rage and hatred. 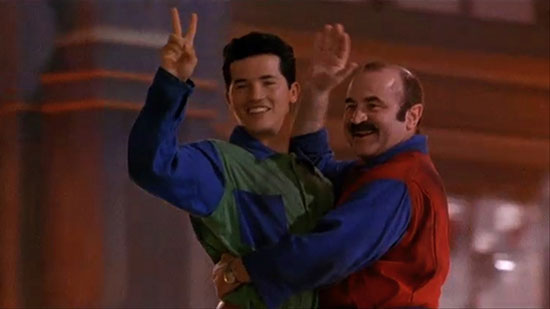 Super Mario Brothers
And here’s where you start with the problems.  You have to have compelling source material to make a truly good (or at least passingly mediocre) video game movie.  Don’t get me wrong, please.  I had the NES back in the day.  I still have a small mark on my lip from all the game cartridges I dragged across my mouth while blowing into the game.  BUT this, THIS, was just…how…I don’t have the words.  I’m still at a loss as to how they got Bob Hoskins and Dennis Hopper to show up for this thing.  This one set the idea of doing video game movies back before it even got started.

Street Fighter
WHY!?!?!  First of all, if you’re going to try and adapt a video game into a movie why are you putting a smaller character out front instead of going with the two iconic characters?  Van Damme could have played Ken.  Shit he could have played Ryu! No one would have fucking cared BUT GUILE!?!?  The fruit bat with the horrible flattop, slow ass projectile and Neanderthal forehead?  Really?  That’s like saying “Yeah, Han’s okay…but I’d really like to get to know Admiral Akbar.  That’s where the movie really is”.  Just…fuck me…that’s a horrible idea.  On top of that this ended up being Raul Julia’s last movie.  He had to go to his grave knowing that this puddle of anal leakage was the last thing he was in!  HE WON A FUCKING TONY FOR KISS ON THE SPIDER WOMAN FOR CHRIST SAKE AND HE HAS TO GO OUT LIKE THIS?!?!  WHY!?!?!  WHY!?!?!  That being said, a weakness in story and source material make this another stinker that kept video game movies from going anywhere.

The “…and then that happened”

If you’re looking for a whole shit ton of rambling for these “…and then that happened” titles, you’re gonna be let down (I’m putting more into this intro shit than I’m gonna both doing on the movies themselves).  They didn’t elicit enough emotion either way to really desire my bile laced contempt or my pant gushing excitement.  And so it’s said, no matter which end my emotions come from, bile or gusher, it’s usually strong enough that you’re gonna need hip waders or a HAZMAT suit.  Now that was vivid, wasn’t it children?  Enjoy the boon of “whatever” that follows.

Prince of Persia
They threw Disney monies at it and it went…fizzle.  The special effects were cool.  The acting wasn’t horrible.  It was just one of those “meh” type things that didn’t help but it didn’t hurt too much.

Mortal Kombat
The movie that was based on the hyper-violent video game with guts, gore, titties and that booming “FINISH HIM” that gave my teenage years hard nipples and massive erections.  The only comparison I can come up with is this: You go on a date with a nymphomaniac and at the end of the night instead of being tied to her headboard and having your pelvis shattered you get a peck on the cheek.  Sigh…it’s a shame when the girls that get around never get around to you.  And that’s what this is.

Doom
THE ROCK COULDN’T SAVE THIS.  That is all.

And pretty much the rest of the Resident Evil movies
Let’s see, you’ve had “RE: Apocalypse”, “RE: Afterlife”, “RE: Extinction”, “RE: Janitorial”, “RE: I want Milla Jovovich to keep talking to me” and “RE: Ally A Waste Of Time”.  AND THEY JUST KEEP COMING!  I never thought I’d actually pray that Milla would go back to recording career but these movies actually push me to that.  (Truth be told I actually liked her album…it wasn’t bad in a Lilith Faire kinda way.)

I think you get what I’m going for.  For every cool video game movie there’s gonna be just as many that make you consider lopping off your thumbs and casting your system of choice into the closest body of water after you shit inside the disc tray.  Then collectively for all the good and bad there are just as many that make you go “meh”.  On the whole that seems to sum up the overall baseline of video game movies.

BUT I SAY UNTO YOU, HAVE FAITH FOR AS THERE IS A BRIGHTER DAY COMING, MY CHILDREN!  BE NOT AFRAID FOR I BRING YOU TIDINGS OF…well…tiding that shit is going to get better.  Much better.  Assassin’s Creed better.

STAY TUNED FOR PART III of A Gamer Tag Shall Rise Publishing October 22, 2012