Nerd Movies: The Next Generation OR The Death of Comic Book Movies

I love comic book movies.  I truly do.  It doesn’t matter if it’s “Road to Perdition” or the “Blade” trilogy.  I love them all.  Shit, I sent a Twitter message to Alison Pill all but begging her to scream “WE ARE SEX BOB-OMB” during “The Newsroom” just because she was in “Scott Pilgrim Versus The World”.

Quick side note, have I used enough “QUOTES” during the opening paragraph?  I did.  Well hold on because I’m sure that there will be more to follow.  Oh just deal with it…jackasses.  Sheesh.

As I was saying.  I love comic book movies and I especially love the latest wave of Marvel flicks.  HOLY SHIT!  They’ve been wonderful.

From the casting to the locations to the scripts and the “shawarma”, I love every second of them.  Quick note: I refer to the “shawarma” as those delicious little moments after the credits where they give you that delicious taste of what’s to come in the next movie.  SWEET ODIN’S SCROTUM THEY MAKE ME HAPPY!

What’s more there seems to be more joy coming.  The third Iron Man, the second Avengers, Thor and Captain America.  FUCK ME RUNNING…ANT-MAN HAS A MOVIE COMING OUT AND IT LOOKS AMAZING!

Here are the signs of the comic book movie end of days:

Let’s be fair, and I know this is going to piss off the DC crowd, but DC is, on its best day, a two trick pony.  You’ve got Batman and you’ve got Superman.  They make for good movies.  After that things thin out a whole lot.

SHUT THE FUCK UP!  Lynda Carter was Wonder Woman and she was amazing.  You just need to deal with it and move on.  You’re never going to find anyone to fill those shoes…those sexy, sexy shoes. 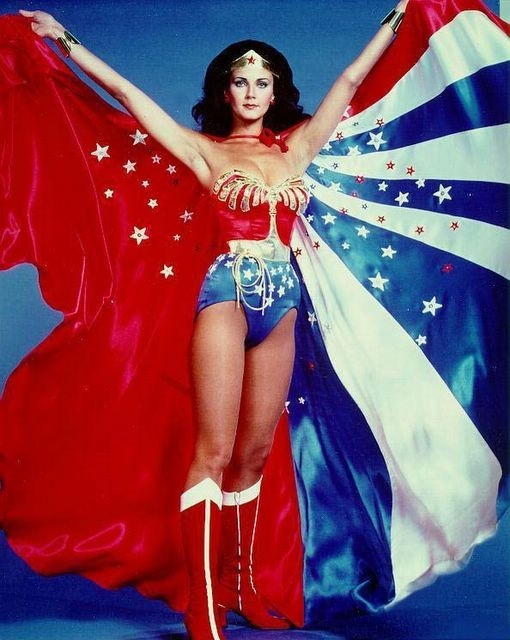 ONE HOUR AND A BOTTLE OF LOTION LATER…

Where was I?  Oh yeah, Wonder Woman.  Sorry, but that dog don’t hunt.  There’s a reason that they’ve bounced around movies and TV shows with her for so long.  There just isn’t the hook that draws people in like there is with Batman and Superman.

“But what about Green Lantern?”

SWING AND A MOTHERFUCKING MISS, G!

God bless Ryan Reynolds.  He tried the best he could with what he had in front of him.  They designed that one as a trilogy from the start and forgot that you had to start with an interesting movie first and THEN you build it into two more.  They jumped ahead and it showed.

So who’s that leave on the DC side?  The Flash?  Yeah, right.  Come back when you’ve got a better answer.  Plastic-Man is a better option.  Please note, I say this and I was a huge mark for the Flash TV show back in the day.  That being said, strike two.

Would someone please shoot whoever just said that…please.  In the face.  High caliber bullet. Thank you.

DC’s parent company is going to start jonesing for that Disney money so they’ll make a hard, strong push to get something on the screen.  They’ll push and push and eventually movie screens across the globe will bear witness to the fruits of their labor.  The filmed birth of a series of turds.

DC doesn’t need to go that route though.  They can focus on just putting out a quality program and do the high end kids shows that they’ve been doing.  It’s longer money but they can pull it off.

My money is on them not being able to lay off.  It’s hard to watch a mouse jerk off into money that could be yours without getting jealous and wanting to crush Walt’s frozen head with your new solid gold boots.

A tsunami of Assholes

When I’m not banging my head against a wall or writing for the Nerdery Public I write comic books.  It’s been my passion for more years than I can count.  I love it.  No pretty words or huge build up.  It’s just a simple statement of fact that I love writing comics.

I use the word “love” in the same context that most would use for how they feel about their spouse on their wedding day or how you would feel cradling your new born child in your arms.  When I say that I love writing comics I don’t want you to confuse my “love” for the craft with how you feel about chocolate chip douchebag ice cream.

While I’m writing this I’m watching the Daily Show.  Rashida Jones is on.  She just got done mentioning that she just finished writing a comic book that she’s adapting into either a TV show or movie or some nonsense.  Ah ha.

There’s no pause between the two.  The idea is “Let’s write a comic book that we can turn into a different medium because stuff based on a comic book is hot”.  Ah ha.

Now I don’t know Rashida Jones.  She may be a lovely woman.  She might have a long history of writing comic scripts…of editing them…of tweaking characters and dialog to fit neatly into panels…of creating whole universes.  She may, but I highly FUCKING doubt it!  If I’m wrong, I apologize.  If I’m not then I’m asking folk like this to stop being part of the problem.

Here comes the asshole tsunami of folk who think that just because they like comic books or have seen a comic book or can spell comic book that this gives them the chance to create one.  These are the folks who think because they can write prose or a movie script that “well it’s pretty much the same thing”.  I want them rounded up and fucked to death by goats who are strung out on meth and Viagra…elephant Viagra. 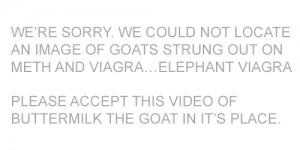 What’s more, a lot of these people are celebrities.  They’re already up on the podium collecting gold and now they want to take medals from the other games just because they showed up.

“Hey, I know I just won the gold for skeet shooting but I’m gonna go ahead and take that gold over there as well for women’s volleyball as well.  Thanks.”

I really dig Anthony Bourdain and everything he brings to the table.  The episodes where he goes to Iceland and Sicily have special places in my heart.  They do.  Truly.  Now WHAT THE FUCK ARE YOU DOING WRITING A GODDAMN GRAPHIC NOVEL ABOUT A COOK NAMED JIRO!?!?!

I have toiled away for years writing scripts and working with collaborators and I’ve been published…after years of toiling and sweating and disappointment and I wouldn’t change a thing.  Now here comes the host of a midnight QVC infommertial who’s got a comicy bookish idear and they get to move to the front of the line over people who have actually worked in the field…

…AND STUDIOS LOOK TO PUBLISH AND TURN THEM INTO MOVIES!

Do I really need to tell you why this shit doesn’t work?  Cause if I do I feel like you’ve missed the point of this piece.

Darwin has been admitted to his local hospital for some much needed R&R … He will be back to complete this series soon. God’s speed, sir.