some movies I’m excited for.

I’m back, motherfucker! 😀 Sorry it’s been so long, life has been CRAZY. I’ve got a rad internship, I’m making another movie, I got dumped for the first time, etc, etc.

Anyway. MOVIES. There are a lot of really nice-looking ones coming our way this year. Of course there are also some that appear to be complete piles of flaming shit. Such is the industry. Lucky for you I’m (usually) good at picking the good ones. So here’s a little look into some of the upcoming films that I currently have a raging cinema boner for.

Popstar: Never Stop Never Stopping – 6/3
What is it: A mockumentary starring Andy Samberg as Conner4Real, an international pop star.
Why I’m excited: It’s only the fucking Lonely Island. They wrote, directed, produced, and star in it. And in a world of very bad music documentaries (read: ALL the Justin Bieber ones), there is much room for satire and silliness. Plus this movie comes with an all-star cast of people you’ll recognize from SNL – Bill Hader and Maya Rudolph, to name two – as well as tons of stars paying themselves, from Seal to Jimmy Fallon to DJ Khaled to Adam Levine. And we’re getting a full soundtrack album by The Lonely Island, too, with songs like “I’m So Humble” and “Finest Girl (Bin Laden Song)”, living up to their usual standards of silliness.

Swiss Army Man – 6/17
What is it: A bizarre comic drama about a man stranded on an island who uses a corpse washed up on the beach as an all-in-one survival tool.
Why I’m excited: This movie got EXTREMELY divided reactions at Sundance. A lot of the functions the corpse is used for end up being a little bit…off-color. Most prominently, using the air inside the corpse to propel it across water like a jet-ski by way of farting. Also his boner acts as a compass. It sounds completely unique and out there, and I am all in, especially since Daniel Radcliffe is the corpse. It seems to be an extremely weird friendship story, and I can’t think of anything else that’s anything like it that has existed or will exist in the near future.

Hunt for the Wilderpeople – 6/24
What is it: The latest film from New Zealand filmmaker Taika Waititi (he’s Viago from What We Do in the Shadows), concerning a national manhunt for a runaway kid and his foster uncle in a New Zealand forest.
Why I’m excited: It’s Taika fucking Waititi. He’s a perfect man. He wrote, directed, and produced this film, which has gone on to become the highest-grossing film ever in New Zealand. I know from seeing his other films that he’s very good at mixing the comedic and dramatic without ever losing track of either side, and I’m excited to see how he’s continued to do so. Plus it’s one of few movies I’m excited for that I can see with my whole family (they’re sensitive). 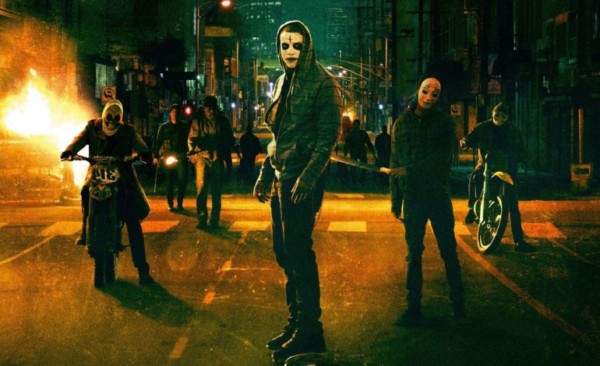 You’d think they could sue for purge-ery. Get it? Perjury? I’m here all week.

The Purge: Election Year – 7/1
What is it: The third and possibly final installment in the Purge series, following a young presidential candidate whose platform is to abolish the annual Purge – a platform that makes her a target on Purge night.
Why I’m excited: The fact that this film is very obviously implying that certain presidential candidates will bring about the collapse of society makes me very happy. It couldn’t have come at a better time, seeing as it IS an election year, and it looks like it’s going to do the best job of putting a fresh-as-fuck spin on the Purge out of any of the films in the series. Plus, come on, psycho killers in masks and Frank Grillo with guns. How can you not want this.

Suicide Squad – 8/5
What is it: An ensemble supervillain action film about a group of criminals who are offered their freedom in exchange for taking on dangerous assignments.
Why I’m excited: Number one, Margot Robbie as Harley Quinn. She looks like she hits all the right psychotically adorable notes (and early screening fans agree, for the most part, or so I’ve seen). But on a wider scale, this may be the movie that makes me like DC again. After all the darkness and Emotion in their last few films, a gang of supervillains trying to do good things seems like the breath of fresh air the DC movie universe needs. And did I mention Margot Robbie? She’s in it.

Those are my big ones so far. I will be sure to post if there are any more that come up. 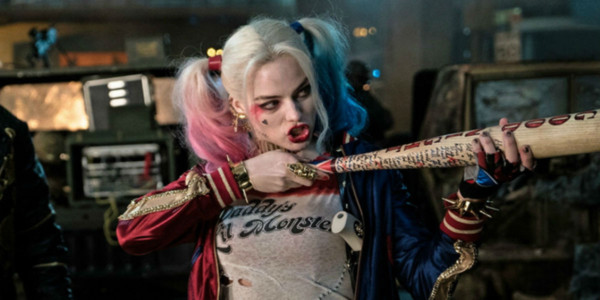 And at the same time she’s Batgirl. Get it? Bats? Ahhh, I crack me up.