Love In The Time of Zombies

Love In The Time of Zombies

I’ve never been one to say there is a “good addiction” but in some cases I’m willing to make exceptions. These forgivable addictions, for me of course, lean towards the nerdy. Comics, sci-fi (and SyFy for that matter) shows and, most importantly, video games. In some cases these addictions aren’t just “good”, they can also be life saving.

I left Georgia in the winter of 2007 and moved to Boston. It was one of the hardest decisions of my life but I thought I was doing it for the right reasons. The key word there is “thought”.

Long story short I ended up very lonely and very depressed. I was cut off from the family of friends I had built in Georgia and had no real means of re-connecting with them in any meaningful way.

That all changed with the “red ring of death”. 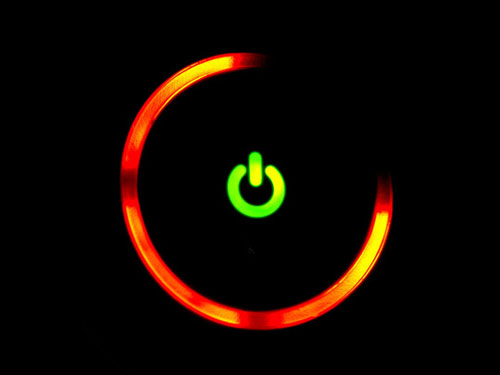 My nearest and dearest, THE Bella Blitz and Doktor Schadenfreude, had always been lovers of the XBox, whereas I was a PS2 guy at the time (go fuck yourself Sony). Our gaming systems were not to align until the eve of GTA IV’s release when their 360 light went from green to the dreaded red ring of death. There was no discussion to be had as they were, and are still, deep in the throes of gaming addiction. They bought a new 360 and then out of the kindness of their hearts got the old one refurbished and had it sent off to me.

We now had matching gaming parts…but what to do with it. Then I saw it.

Four minutes and thirty-nine seconds of the most glorious insanity I had ever seen. It had everything I could have ever wanted and dreamed of in a big budget action adventure horror movie. It was dark and moody. It was scary and charged with anxious energy. And, after all that, it was capped with the fear of what was to come in two lines of dialog.

Bill: “Son, we just crossed the street. Let’s not throw a party till we’re out of the city.” 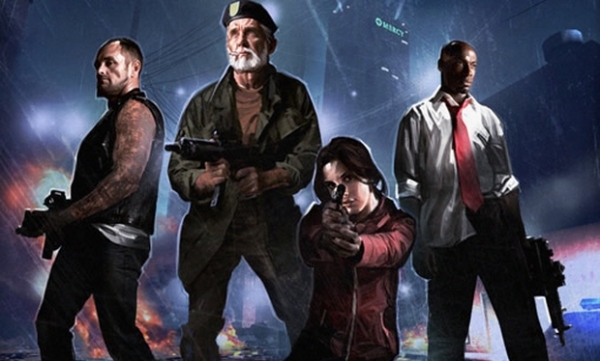 There was no question about it. I was in love with “Left 4 Dead” before I even played one second of the game. And then I actually played it and I found something deeper than love. They needed a new name for what I felt. Something like superhappysquishysquish.

It was bloody. It was scary. It was elegant in how simple all of it was. And that was just the campaign mode. When I got hooked in with my friends, that’s when the true depths of addiction took hold.

We fell quickly into a happy pattern. Bella was “Louis”, the oft times cranky Doktor was “Bill”, the Doktor’s brother (let’s call him Sean for the sake of argument) was “Zoey” and I was the loud mouthed, hateful, tattooed biker “Francis”. The characters were more than just avatars to me. They seemed to be extensions of who we were.

The nerdy IT specialist fit Bella’s need to check every little crack for hidden swag. The grizzled war veteran was tailor made for the Doktor’s abilities as a field general. The impetuous early 20’s gal on the scene fit Sean’s desire to rush headlong into things like he would live forever. And me? Well, it would seem I found the perfect fit in someone who hated everything and thought a shotgun could be used as a sniper rifle.

And so it was, every day after work I would drop the shackles of the world I had begun to despise and slip into a world of horror, blood and zombies. It gave me a reason to get up and make it through the days. It was my perfect place. 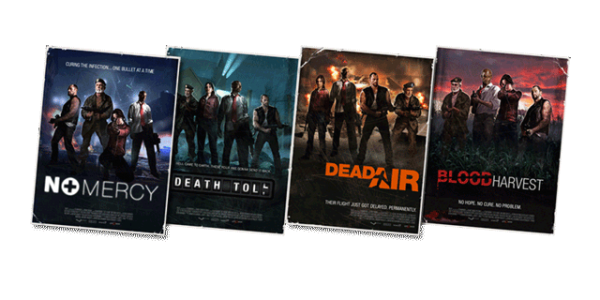 These were not campaign titles that filled me with dread. Okay, maybe Blood Harvest. That run through the corn field still fills me with dread. That aside, the mention of these locations filled me with joy as did the time we four spent mastering their complexity. That’s what it was really about. The people I was with.

I can still remember so many of the highlights. Vividly. The voice in my head sounds like an old timer talking about time in combat.

“I was hurtin’ bad. Nearly dead. Dok, Sean and Bella were at the door firin’ blindly into the mass of zombies rushin’ in after a boomer had puked all over them. They couldn’t see shit. They were out of ammo and down to pistols. The call of “reloading” was shouted over and over. They weren’t gonna last long at the rate they were goin’. That’s when I grabbed my pistol grip shotgun and waded in. Dyin’ or not, it didn’t matter. My friends needed savin’ and I had just the cure for the dead bastards tryin’ to eat them. One by one they pulled back as I stood my ground in the doorway, shootin’, punchin’ and killin’ everything that came my way until the coast was clear.”

That was a good day.

They were all good days, even when things went wrong. 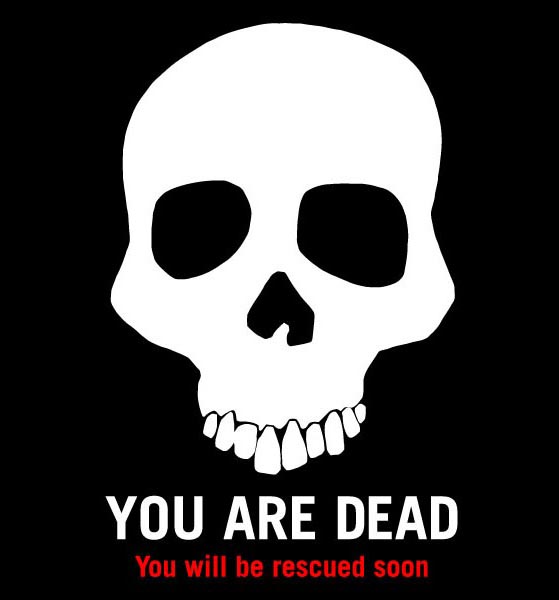 The Doktor would scream at me on a regular basis, his voice warbling with rage through the XBox headset when I’d give up the chance to escape and end the game in order to save a fallen friend (which almost always got me killed). The “friendly fire” numbers would usually skyrocket after I would pull such a stunt. It didn’t matter. I just couldn’t accept leaving anyone behind even if it was a game.

Left 4 Dead became a religious experience for us. It’s where we connected on every level. All of us were obsessed.

Sean and I spent days texting about where they could go after L4D 1. We plotted key locations all over the country that would make amazing additions to the series.

Bella and I argued relentlessly about who would play each character in the movie version. To this day I vehemently defend my position that Mos Def would be perfect as Louis.

The Doktor and I combed the internet for information on coming downloadable content, add-ons and whatever other tidbits we could find about the game. And there was more to come.

The Last Stand, The Crossing, The Sacrifice, Cold Stream…

By the time the last one came around we were all fairly engrossed in the sequel, Left 4 Dead 2. It was fantastic but it was different. It felt a little hollow. We didn’t know these new people and we didn’t fit into their skins quite the same.

Sean sold his copy of L4D1.

I’ve never been one for modern warfare games and never enjoyed leveling up in “smelting”. I kept my copy of the original and still keep my fingers crossed that someday they’ll all come home. 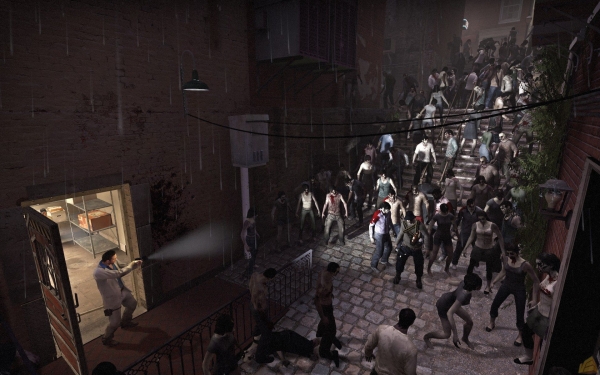 As I was writing this article I pulled out the game and gave it a play. I made it halfway through No Mercy, playing with NPCs who spotted and killed the enemy before I could wander in too deep. There were no cries for help and no pathetic laughter when a “Tank rape” occurred. It took me a while to remember the buttons but after a few minutes it all came back. It was a nice feeling and still a fun game but still it felt empty. There were no voices yelling “stop shooting me”, “dude, hold up I’m gonna heal you” or “SEAN, WHERE THE FUCK ARE YOU GOING”. It was like being home alone on a Saturday night when everyone else had gone out. Sure, there was fun to be had but it wasn’t half as much the time it could have been without the old gang to join in.

So, if you guys read this realize that I still have my copy, I’m still down to play and I’m still about four hundred zombies short of getting the “Red Mist” achievement.