I’ll admit it, I’m a big, blubbering, mess of a sucker for a good love story. I mean a really good love story, not the kind of shit pumped out by Nicholas Sparks specifically concocted to make women cry despite how hard they try not to. I love the kinds of stories that are told about partnerships and connections that make you root for the characters’ survival, in the case of The Returned, the survival of a zombie.

Ok. Fine. You don’t turn on a zombie flick and intend to feel some connection to the characters, rarely do you intend to feel anything. It’s a zombie movie. There will be gore, there will be head shots, there will be explanations of disease and/or infection, undead, brains, yadda yadda yadda. But I found The Returned to be so much more than all of that which is a testament to the writing, directing and acting, for sure. 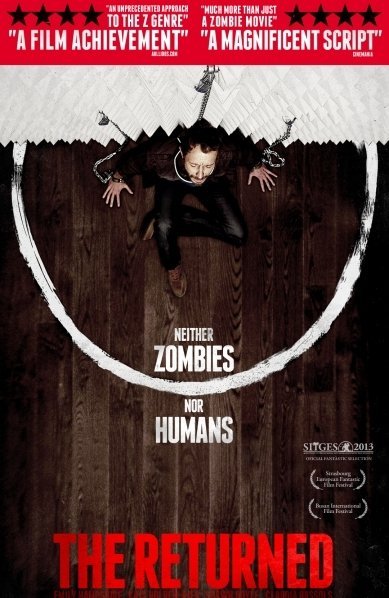 The Returned tells the story of Kate and Alex who are living their life after a rampant disease from the 1980s wiped out a generous portion of the population. The disease is blood born with a very small window of treatment, but there is a treatment, one with a few caveats: you have to take it daily, you have to carry treatment identification with you, and you will almost certainly be ostracized by society. (Is this starting to sound like some AIDS commentary yet, or what?) Kate is a physician that specializes in treating the returned (the title given to those that have been treated within 36 hours of infection) and Alex is a music instructor, who happens to be one of the returned.

By all accounts the returned are nothing like zombies. They are fully cognitive members of society that just want to live their life like normal people. The treatment they take keeps them this way; living, breathing, functioning human beings. The day after Alex comes out to his best friend as a returned the news breaks that there is a shortage of the much needed treatment which can only be created from the spinal fluid of a, recently deceased, returned. With fewer returned having to be “put down” there is less opportunity to make more of the treatment. It’s a nasty cycle, and missing a dose has dire consequences. Within 24 hours the returned will be fully consumed by their disease and complete zombification is inevitable. 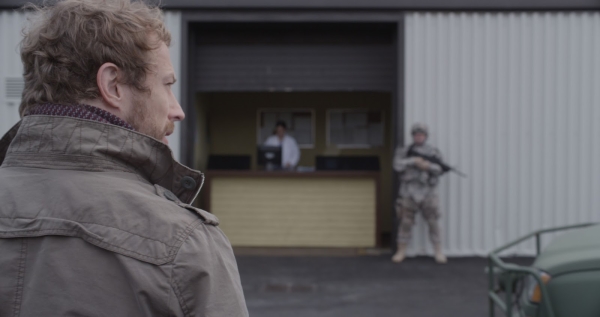 The hurried search for a synthetic treatment begins and so does the commencement of the city and it’s populace turning to shit. Military and “normals” begin hunting down the returned for segregation and control. Alex is not immune to being hunted but his good friends come to his rescue. They narrowly escape a vigilante zombie hunter and inquiring police. Luckily, Kate has been buying up extra vials of the treatment from a nurse who keeps her secret for extra cash. The couples leave the city for a remote getaway and believe they have enough time and treatment to survive until the synthetic solution has been created.

What follows is murder, back-stabbing, hit-n-runs, lost hope, and mass and personal hysteria. The personal hysteria being my own, dear readers, as I watched the struggle for life and love come to an end. If this seems way more melodramatic than this Honey typically goes for – it is, but the writing is so succinct, and the acting is so smart, that I was hooked. From the word go you know nothing is going to be okay within The Returned, but what is okay is the character building. My synopsis was quick, but in reality you spend the first hour of the movie getting to know Kate and Alex. You spend time with them as they work and eat and interact. You know them and you like them and you root for them to come out the other side of this very much intact. 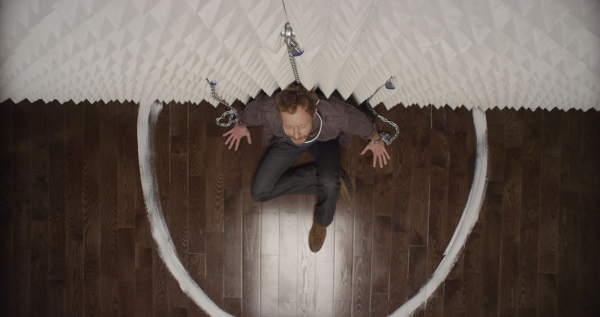 Maybe you don’t watch a zombie movie for character development, but it was really refreshing and very important for this movie to work at all. This character building is what made the struggle for survival, the backstabbing, the ever increasing loss of means and hope, and the final loss of a loved one so much more visceral than an action packed zombie flick full of face eating and machete hacking.

The Returned also plays with sound and color. You know from the gray/blue hue to everything that nothing happy is going to happen, and yet you stick around hoping for the best. At every bad turn you want for there to be something good around the next corner.

So… these were things that happened. Yeah.

Let’s ignore the fact that The Returned is essentially a movie based on a French TV show (Les Revenants) based on a French movie (They Came Back) – which now has a US television series, also titled: The Returned, because we’re soooo original. For one, that’s just confusing, and two: I, a lover of foreign cinema, am disappointed that I watched neither of the previous incarnations. But that’s neither here nor there. If you’re not a fan of zombie movies because of the gore, the violence, the undeadiness, give this movie a shot. The approach is not typical and the outcome is pretty outstanding. I thoroughly enjoyed this movie. More than I thought I would. And, it made me feel things. Which I’m not usually a fan of, because feelings, am I right?!