Life as a Closet Geek

I didn’t grow up a geek.

I grew up with a Super NES. I rocked at some Star Fox. Super Mario World was my game. I had PC games, too! Wolfenstein 3D and Duke Nukem were staples in my house. My dad is a programmer and taught me C++ when I was 11 years old. I watched Batman and X-Men, and didn’t have a brand loyalty because holy shit were they all awesome.

I didn’t grow up a geek.

Everyone else did all this in my head. I was poor growing up, so I believed that we had sub-par options while everyone else had amazing toys and games. I really didn’t realize that everyone didn’t have these things. Not everyone had parents that raised them on Star Trek and Star Wars. 90% of parents don’t teach their kids 3 cubed when they’re 3 years old to impress their friends. Yes, my dad did that to me.

I was teased relentlessly in school, but never because of what I liked. 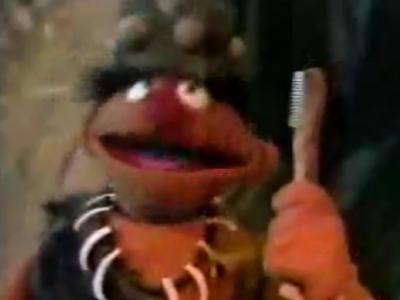 I lie, actually. Once was because I had a Sesame Street toothbrush. I was in 2nd grade. A girl in my class teased me about that. Dude, we were SEVEN.

I was always teased because we were poor. My clothes were old, I apparently looked poor, and kids found me an easy target. Children find anything to pick on, but playing video games and watching Star Trek and Star Wars was never it. I never thought of myself as a geek.

In high school, I never really hung out with the nerds. I should have. My friends and I were all dorks, for sure, but I never thought of us as geeks. I met my best friend (my lesbro *chestpumppeacesign*) in high school and she was a total nerd. She hung out in Anime Club, drew comics, talked with band nerds, and was (read: is) stupidly shy. Typical nerd. I talked with everyone. I didn’t consider myself popular, but I was. I got voted Most Uniquely Dressed of the Senior class. The popular kids knew me as “the girl with the purple hair” (one even asking my best friend at the time if she and I were dating by calling me that).

I loved the Harry Potter books. I got the first 3 from my Grandma before the movies came out and was hooked. I’ve read every one at least twice. I went to nearly every opening weekend showing for the movies, and dressed up for book releases when I could go. I obsessed about Spongebob Squarepants and Invader Zim. I was passionate about all these things.

I still didn’t grow up a geek. I found out as an adult that I was a closet geek.

It wasn’t until I met my husband that I realized I was full on geeky. I fought hard when he would point things out to me. I was NORMAL, dammit. I was not a geek. 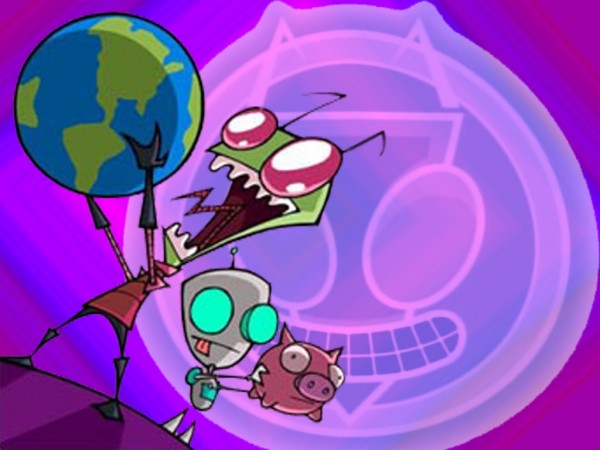 He told me that the first time he realized I was a geek was when I explained Invader Zim to him. If you don’t know what it is, shame on you. It’s a cartoon that was on Nickelodeon for a short 2 seasons, and I fucking loved the hell out of it. I immediately had to make sure he knew what it was all about. And he immediately knew that he had to probe my brain to make sure I was a geek. Movies were first. I am not a big movie person. At all. He learned this fast. Music was next. I. Fucking. Love. Music. Seriously. I will go on about nearly any type of music and how it affects me if you get me going. Then it was books. Oh, books. How I love thee. I am not as picky as my husband, apparently. I love reading. I just love reading. I have even read the Twilight books (nope, not a fangirl, either). I am really just a bookworm.

He realized this quickly. I am very passionate about anything I love. It took him years to get me to admit that I might be a geek. Now I love saying that I am one. I love being a part of the geek community. And I love knowing that I have been one all this time and never realized it.

Being a geek doesn’t mean you have to like Doctor Who or go to conventions. It means you’re passionate about something and feel a strong, unnatural attachment to it. It’s something that makes you complete, and it took me many years to get to the point to accept this simple truth.

chibi_missy is the wife of The Nerdery Public’s own Captain Tech Support. She is Foamy & Awesome!