It’s been one year since Knife Party released their debut full-length album Abandon Ship, and what an album it was. It crossed genres, made little jokes, and showed us a side of the group we’d never seen before. It stirred up a lot of reactions, many of which were “…what?”

Let ‘em live. KP, made up of duo Rob Swire and Gareth McGrillen (formerly of Pendulum), are changing as the times change, and they’re doing awesome things as they do. A lot of people got pissed off that they mostly abandoned their early dubstep stylings for a more eclectic sound, but they’re just doing what they do best. What the fans REALLY want is more Knife Party.

After many delays, KP has finally released their new EP, Trigger Warning. And I am happy to say that it’s the natural evolution of everything I love about them. 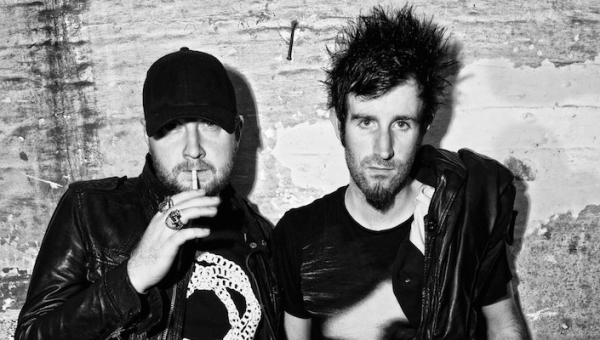 KP wastes no time in getting to the noise with their opening track “Parliament Funk”, immediately punching you in the face with a burst of sound. It starts off cinematic, but then shifts gears a bit into a very disco-inspired vibe without losing that pure rage the duo is known for. Little bursts of piano keep things just funky enough. It doesn’t sound too much like anything they’ve done before, which is a good thing. (Side note: this track was originally called “Get Fucked”. Their earlier track “Rage Valley” was originally called “Fuck ‘Em”. The guys can’t catch a fucking break.)

Next up is another bit of a turn for KP, a collaboration with artist Tom Staar called “Kraken”. Staar is known for being one of the pioneers of the “groove house” movement, and it shows here – it’s a bouncy yet ragey number. Reminds me a little of older stuff from the late ‘90s and early 2000s with a massive dose of modern energy. 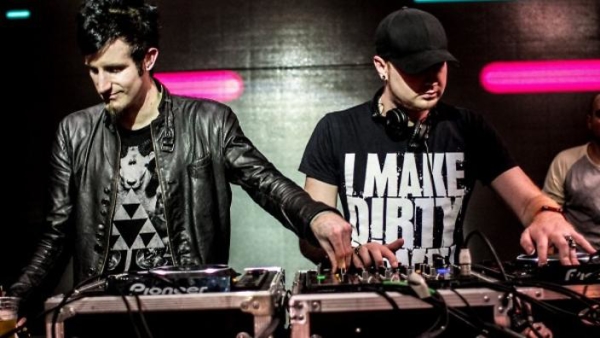 When they go live they put on one hell of a show.

KP take another dip into self-parody with “PLUR Police”, a half-satire of the modern generic “big room house” movement. This track was originally made as a joke, but the fans loved it so much at festivals, KP decided to make it into a full track. And damn is it good. It’s got the same energy as all those generic songs, but it still feels like Knife Party, bringing just a bit of that groove back into things.

Things close off with a remix of “PLUR Police” by Jauz, which keeps the wink-and-a-smile vibe of the original while turning the track into a massive dubstep tune. There’s a massive orchestral intro, a choir singing the lyrics, and one hell of a kickass payoff. It feels like old Knife Party, a bit. Which is a perfect way to finish things off – a mix of old and new. 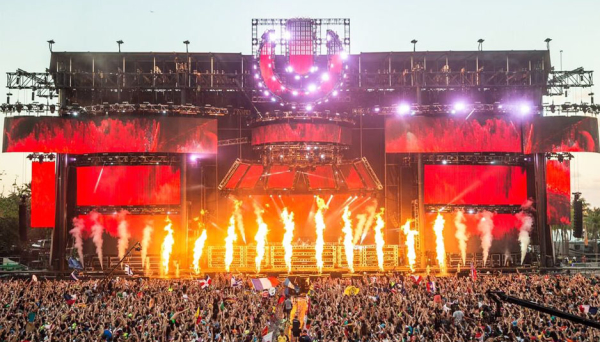 Trigger Warning is just what we’ve been waiting for and have had put off for far too long. It’s nothing like anything Knife Party has done, but it’s still definitely Knife Party. And pretty much everything KP does is good (I’ll be surprised if they ever release a song I don’t like). Pick it up at all good digital stores, and be sure to give their Halloween mix a listen – they drop all four songs from the EP, plus some of their favorites from other artists. Check it out here.