I love shitty movies. I mean, I really do love them. Movies that unabashedly walk the line of being so bad they are good – those are some of my favorite movies. When I saw the trailer forThe Walking Deceased, I laughed out loud. I was excited about a parody that was going to be singularly focused, funny, and a far cry from the Scary Movie sequels. 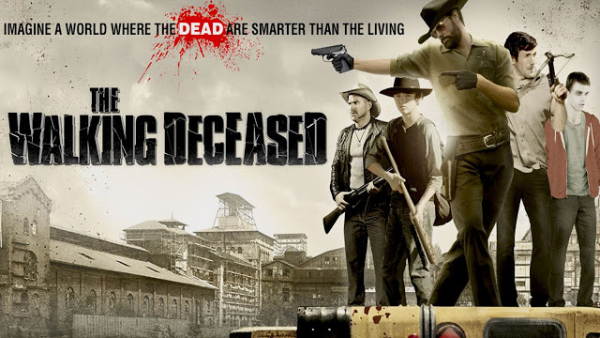 I like to imagine a world where everyone is smarter than this movie.

I wish that I could just say, in the words of the incomparable Revenge Honey, Linnie, “It sucks, don’t watch it.” I mean, I could, but that’s not much of a review. So, let me review this bitch for you.

Sheriff Lincoln awakes in a hospital coming out of a coma and finds the world he knew has come to an end and zombies roam the streets. Eventually the Sheriff hooks up with a motley crew of mostly-survivors including: his (underage) son who runs a zombie strip club, a deaf girl and her sister, and a zombie regaining the ability to live. Looking for a safe place, they head to a mall and eventually Safe Haven farm, killing the undead, the living, and some fresh poop along the way. 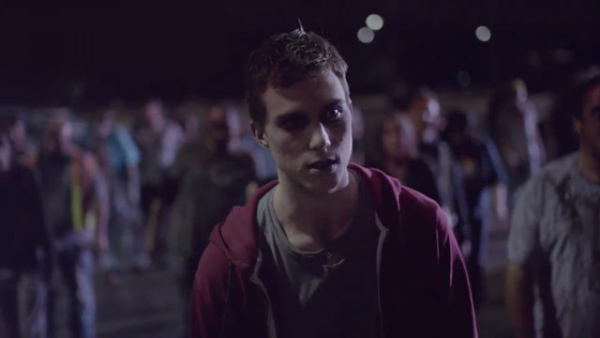 When did they take a picture of the #ZombieHoney while watching this film. Rude.

The Walking Deceased attempts to parody everything from Dawn of the Dead to 28 Days Later and Zombieland to Warm Bodies. The problem with this is the jokes are often the most obvious and lame jokes available. Not to mention, attempting to parody self-aware zombie films, like the latter two, is pretty damn unnecessary – there isn’t a joke you’re going to make that is funnier than what those movies already did.

This movie did utilize the look, feel, and overarching design of The Walking Dead, but it was not the primary parody. And, ultimately, what we get is a mess of overlapping, hacked together, sexist, stoner jokes about a handful of movies that everyone has seen and a few movies that most people forgot existed.

The jokes are piled on higher (literally, thanks to the number of getting stoned scenes) and faster than you can process them. And the repetitive nature of the dude-bro humor leaves so much to be desired. After the first 30 minutes of film I was bored with their banter and the rest of the movie was a slog. I found myself making note of which movie – and where in that movie – was being referenced just so I could figure out how much longer I had to go. 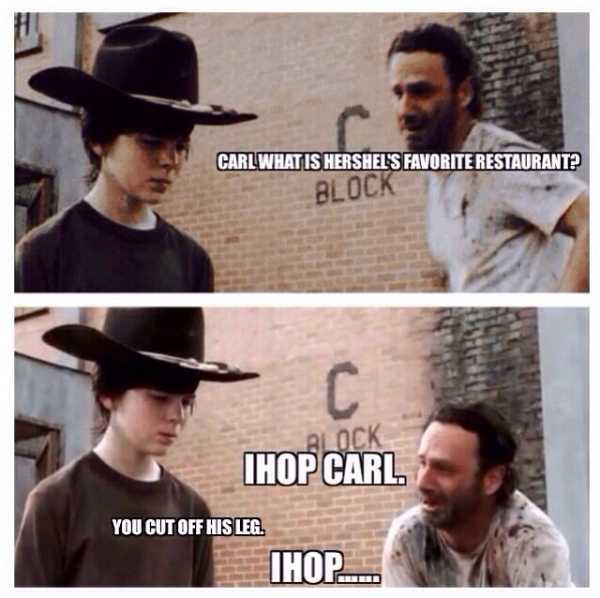 And now I want pancakes.

I was seriously hoping for a decent parody of The Walking Dead. The potential to create a comedy of errors based on this comic and TV phenomenon is huge. It’s disappointing, despite the favorable effects, that this isn’t even remotely what The Walking Deceased did, or even, seemingly, set out to do.

Hell, even an hours worth of TWD memes-to-film would have been funnier and more interesting than what was delivered.