I was watching Raiders of the Lost Ark last night and I was astonished to notice something that I’d never spotted before. No, it’s not the R2D2 and C3-PO engravings on the wall (not as amazing as they’re cracked up to be), the funky way that Harrison Ford had a runny tummy when he shot the swordsman (the lack of stains on his pants is disappointing) or how Indy didn’t actually do anything (he lost the Ark repeatedly, the power of God would have wiped out all the Nazis no matter what, and ultimately the Ark just went back into storage). 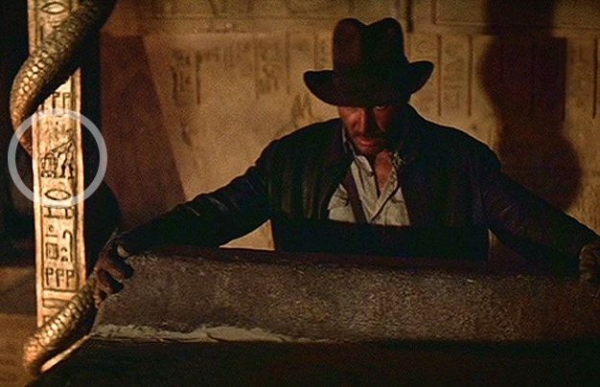 It’s how he did a weird about-turn like that snooty/snotty maître d in Ferris Bueller’s Day Off when he saw some Nazis heading towards him after the whole Well of Souls thing, and goes into the tent where Marion is being held prisoner.

Wait a moment, let’s back that up… there are hundreds of tents there to choose from. Of all the tents in all the deserts, he goes blundering into hers. That was a hell of a coincidence. We can chalk it up to fate, the will of God or the will of George Lucas and Steven Spielberg, but no matter which way we slice it that’s pretty damn lucky. It’s strange that we tend to have an image of Indy as hard-luck hero, since he seems to have a lucky rabbit’s foot jammed firmly up his archaeology degree. Check this out…

Bad luck: After miscalculating the weight of a golden Mr. Potato Head, being double-crossed by his guide (who he didn’t need since he led the way), being trapped on the wrong side of a bottomless pit and then chased down by the world’s biggest marble, he has to surrender golden Mr. Potato Head to evil counterpart Belloq and a tribe of bloodthirsty pygmies. 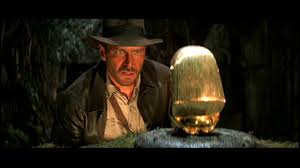 Good luck: Indy shouldn’t complain. In a footrace against the pygmies, they’re hot on his heels. Astonishingly, when he gets over the hill they all suddenly seem to develop a cramp because suddenly he’s miles ahead of them in the blink of an eye. Also, their years of spear-chucking and blowpipe practice are in vain because they now have worse aim than a platoon of Stormtroopers. Oh, and it turns out Indy can just buy Mr. Potato Head back, which seems simpler.

Bad luck: Those horrible Nazis make a copy of Marion’s Mystical Decoder Wheel based on the imprint it left on the hand of bad guy Toht. D’oh!

Good luck: Hey! It turns out there are markings on the other side too, something the Nazis didn’t know about and keen-eyed Indy didn’t bother checking. Not only does it mean that Indy’s ahead of the game, but The Nazis have wasted time and effort looking in all the wrong places. Indy gets to check out the Well of Souls and dig for the Ark at his own pace now (although he hires people to dig for him)! A race against evil? More like a plodding jog against clueless morons. 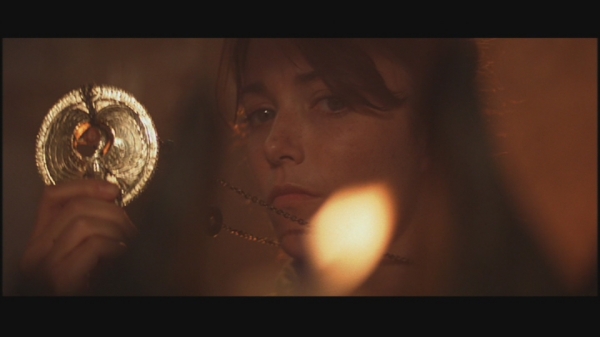 Bad luck: There are vultures, vultures everywhere. Okay, so they’re not vultures but they’re certainly bad guys. Nazis are everywhere, spies are ratting him out and there’s a monkey that’s doing a familiar evil salute (proving once again that Planet of the Apes is a perfectly possible future). Indy’s totally outnumbered, outgunned and out-simianed.

Good luck: However, in a hilarious Abbot & Costello routine a spy tries to poison Indy’s bowl of nibbles only to have the monkey eat the lethal dates and die, accidentally saving him. The toughest fighter the “master race” has to offer walks headfirst into a spinning aeroplane propeller. A top-secret island base is easier to break into than a box of breakfast cereal, thanks to an endless supply of soldiers he can mug for their uniforms. It’s hardly surprising why everyone wants Indy’s Lucky Charms!

Bad luck: Not every fight is as easy for Indy. In one of the most thrilling movie moments ever, Indy hijacks a truck and gets shot in the arm. It gets worse when he takes a pounding, gets punched on his wound and then thrown through the windshield. He tries holding onto the grill, but it starts to fall apart in his hands. He’s really suffering… 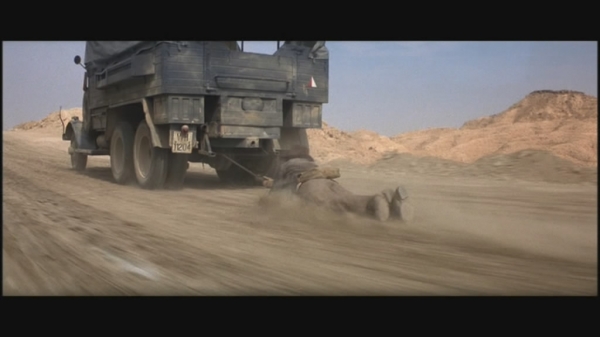 Good luck:  …but he’s okay! Despite all of this he slides underneath the truck, manages to latch his whip onto the undercarriage and after being dragged behind the truck he comes back for round two. He dishes out some serious punishment and tosses his enemy through the same windshield. Because of Indy’s handiwork there’s now next to nothing for this Nazi to hang onto and he drops, allowing Indy to drive over him and steal the truck like he’s playing Grand Theft Auto. More astonishingly, given that Indy’s “making it up as I go” he manages to park the truck in a hideout that’s been specially prepared by locals, who spontaneously disguise the place as a market and try to sell watermelons to the confused Nazis. And we know how they hate that.

I know, it’s just a fun adventure and I love it for that. It is a modern classic (or just a classic, depending on your age) but like all the best ones it doesn’t feel like a classic because it’s timeless. Yes, the story is a bit far-fetched and the honest truth is that if you cut Indy out of the adventure the outcome would have been the same. But Indy’s got the same plot-driving luck of most action heroes, and had it even before he survived a nuclear blast in a moment that made many of us walk away from him. He was a lucky guy.

It’s just too bad that his luck didn’t last forever.