Trollhunter, he’s the man
The man with the trollish touch
A tosserlad touch
Beckons you to enter his UVB rays
But don’t go in…

…Because you’re a troll, you can’t process vitamin D and you’ll likely turn to stone or explode. That’s a bummer. 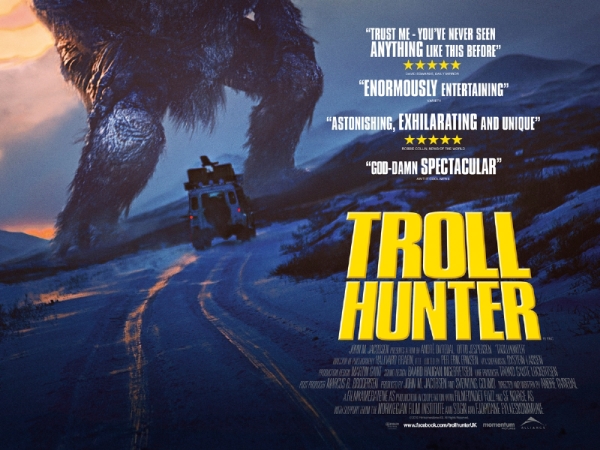 As per your usual found footage formula, a group of college students (reporter, sound tech and cameraman) head out to film their interview of an illegal bear poacher. They can’t seem to get the interview right away; firstly because the poacher doesn’t want to be bothered, and secondly because of their inept ability to hide on a ferry. Eventually, after discovering that they (the college students) are terrible bear poacher trackers, they enter a blasting zone and come across the supposed poacher and some beast. Queue the beginning of the queasy cam as they run through the forest, bearly (get it?) escaping beastly attacks. The assumed poacher, apparently fed up with those meddling kids, cleans up the reporter’s scratched back and offers a ride back to their car. Along the way he explains that he is not a bear poacher, he is troll hunter. <Insert laughter here.> The fairy tale questions and mocking begin as they locate their car, crushed like a soda can and discarded on the side of the trail.

At this point, I’m expecting the build to be slow, tedious, and hardly worth it. But, as I continue watching, I realize this mock-doc is not playing around. It has one job to do and it is going to do it. The college crew continue to work with the troll hunter as he hunts trolls, asking classified questions, learning the trollible (I can make these up all day.) truth about their dear Norway, and irritating government officials in-the-know along the way. Individuals must fess up to their Christianity, because the trolls can sniff them out. Everyone must stay stinky like the trolls to avoid detection. And, apparently, being a troll hunter fucking sucks, because at the very end, after his final trollsplosion (see?!), the once presumed bear poacher walks off into the wintery wilderness. The film ends, as most found footage features, with the quick black out of the camera due to the filmmaker’s demise by those aforementioned in-the-know government types. 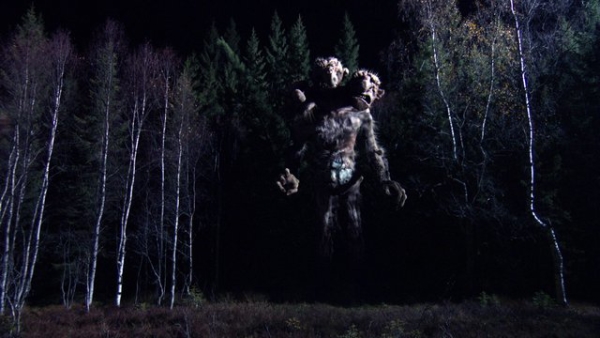 Definitely not a bear.

There’s trolls in them thar hills! No, seriously.

Unlike Trollhunter’s successful predecessor, Blair Witch, the queasy cam is used sparingly. Much like another successful found footage feature, Cloverfield, we see the beast within the first third of the film, making me even more likely to finish watching. The troll, noted as a “tosserlad” makes his appearance rampaging through the forest towards the hunter’s troll calls. His size, even on my smallish screen was impressive. As were his three noses.

Throughout the differing hunts that we experience via the point of view of these three college students we learn many new and interesting things about trolls. This was probably my most favorite part of the film. And while I could go on about how this was found footage that didn’t make want to smash my face into my television screen to make it stop, I won’t. Instead, here are some fun facts about trolls that you, too, can learn while watching Trollhunter. 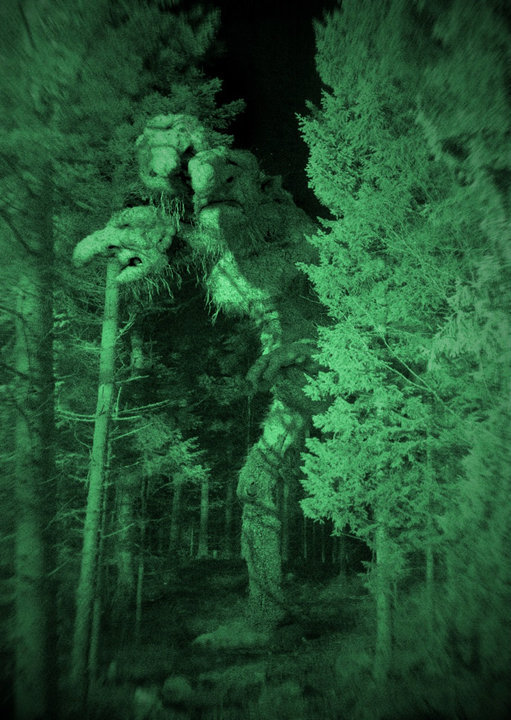 Three noses are better than one.

Facts unrelated to trolls that I learned from Trollhunter:

And this is all true…

Well, not really. We all know by now that found footage features like to start with title cards expressing how all of the events in the following footage is real. We also know that it’s not, right? Right? Good. Moving right along.

What IS true is that I found Trollhunter really well done and interesting. They managed to make a movie where the protagonist of the supposed found footage actually was the protagonist of the feature, NOT the filmmakers. And there was a lot to like about the troll hunter. He was gruff and tough, sure, but he also decided to let these kids in on the big secret. He struggled to reconcile his job killing these creatures, with trying to make sure they were safe within their boundaries. He told a hysterical tale (about a troll attempting to eat its own tail) with a completely straight face. Ultimately, though, his personal/professional conflict and character was more interesting to me than anything, and that goes a long way when we’re dealing with queasy cam and giant dick-nosed trolls. 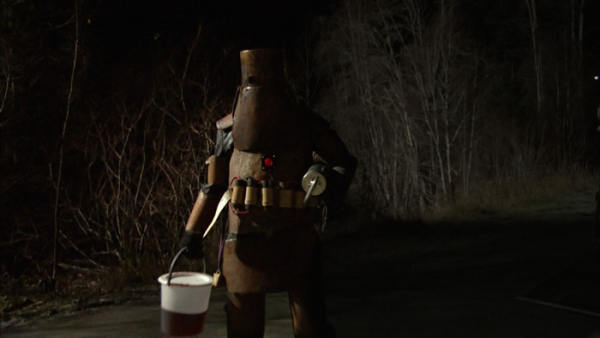 At the end of the movie I was happy to see that the troll hunter chose to take a walk. He did his job, he shared his secrets and he was done. I was, however, hoping they would have chosen to end it in a way that wasn’t so sub-genre tropey. But what can you do? This movie gave me way more than I thought it would, and for that I consider myself thoroughly entertained. And troll educated (Trollucated?).