In Defence of The Big Bang Theory

If you haven’t been paying attention, your dear Republic was causing quite a fit on the Tumblrs this past week after posting a third party comic in regards to The Big Bang Theory. It received some negative response – imagine that – and required us to be adults and qualify our original position even more. After doing so, the issue was dropped, but our good friend Rick had more to say – from a different perspective – which we’re going to share with you here. Because, you know, we’re equal opportunity nerds like that.

When we think back upon our lives, we realise just how many memories we’ve lost. Days, weeks, years of information have all drifted out of our memories and in the end we only find shining moments that stand out. The joy or embarrassment of a first kiss. The pain and suffering of losing a loved one. Getting into trouble in some way, or helping someone out who thought all hope was lost. In a lifetime of forgettable moments, these are the times that have defined who we are.

Now that’s out of the way and I’ve gotten your attention, I should introduce myself. I’m Rick Austin, and it’s an absolute pleasure to be writing this guest article for Nerdery Public. I’ve got a bit of a problem though. I’m an Englishman living in South Africa, and because of that I talk differently, write differently and probably even go to the bathroom differently. I put the letter U in things a lot, like honour and colour. On the flipside, unlike people in the UK I understand that “pants” means trousers and not underwear, and that your fanny is your bum and not a lady’s genitals. Unless, of course, you’re Paris Hilton and anything is possible. I’m also light-hearted, not because I can’t write the serious stuff, but because life’s a whole lot more fun that way. After all, sacred cows make the best hamburgers.

And now on with the show… 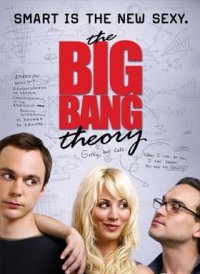 Okay, right from the start you’re probably thinking I must be off the rails, given the recent furore that’s broken out here about this. You’d be right too, and that’s a good thing. I’m not here to retract somebody else’s statement or stir the pot, I’m just here to add my two cent’s worth, although with some luck it’ll be worth that and more.

In the beginning, there was The Big Bang Theory and me. To be honest, when it first aired I didn’t like it. Like Two and a Half Men, I found it to be pretty much another generic sitcom (yes, hate me now, Two and a Half Men fans). Hot girl moves in, nerd neighbour likes her but has no chance, he and his nerd friends are revealed to be socially inept and hot girl makes fun of them for it. It’s a basic and clumsy premise, and I hated that these rather lovable nerds seemed to be the butt of the jokes. I really wanted to like it, don’t get me wrong, but I just couldn’t quite shake that feeling that it should be something more.

Penny was patronising, irritating and sarcastic. I’m not blaming the actress; I liked her in Charmed even if her character in that was just a Buffy rip-off. I didn’t find her hot, I’m not a fan of blondes, and the writing just made her seem like a cheap tart, and a pretty mean one at that. Sheldon was great but seemed like a walking catchphrase. Leonard moped around like a puppy who wanted to chase a ball, while he should have been growing a set of his own. Raj and Wolowitz seemed like they were just there to fill in the numbers and provide easy targets for the non-nerd audience to mock.

These were poorly formed characters, whichever way you want to slice it. They were all clichés, Penny of the blonde variety and the guys of the nerd variety. She liked manicures and shoes. They liked comic books, Star Trek and wearing clothes that instantly defined them. Penny’s array of macho-but-dumb boyfriends were clichés too, and pity those poor jocks out there who were insulted by this portrayal (although most likely still haven’t realised it). They were stereotypes, and to an extent that’s how they’ve sadly remained.

HOWEVER – and this is probably the part some people want to hear – It did get better. I put up with it, then abandoned it, then came back to it and found many improvements. It even made me want to catch up on what I’d missed, although that was a bit of a mistake. For every two steps forward they still seemed to take one back. But that single step forward on a relatively consistent basis did make a difference. Go back and watch the early episodes again and tell me there hasn’t been a difference, and I’ll call you as clueless as Alicia Silverstone. Conversely if you’ve only seen the early episodes, skip over a season or two and you’ll find the improvement obvious. Like any show, it evolved over time. 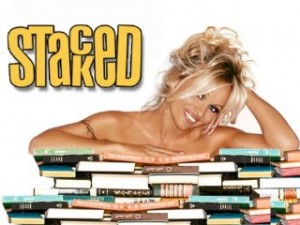 That it’s evolved at all is a miracle, given the speed with which shows get cancelled these days. The days of shows like Star Trek and Babylon 5 taking a season or two to settle in and find their footing is gone, and because of that we’ve seen high-concept shows come and go simply because they weren’t given a chance. The Big Bang Theory stands as a show that has made it’s mark and avoided the low ratings that crippled similar premise shows like Stacked or, back in the ‘90s, Dweebs.

The addition of other characters like the delightful and funny nerds Bernadette and Amy Farrah Fowler has been a smart choice, and backing characters like morose comic shop owner Stuart have been given a chance to shine with great success. The romance angle has been twisted from a dull 90 degrees into a series of smart geometric shapes. Fleshing out the main characters has been inspired, making them seem a lot less like cut-out generic clichés. Is it perfect? No, but it’s a big improvement.

The references to geek culture are better and, for the most part, accurate (although why Sheldon would keep his copy of Flash # 123 in a bank vault but not have it CGC’d is a mystery). The cameos from a variety of nerd-favourites, from Star Trek cast members to legends like Steve Wozniak and Stan Lee, has been wonderful even if it sometimes seems as forced as cameos in The Simpsons. One of the bravest moves has been to reverse the idea of Penny being the “cool” one, switching it around so that she’s actually the outsider in the nerd’s world, as opposed to the other way around. That so many dedicated nerds have defended this show proves that it’s got an audience that consists of more than just people who wanted to point and laugh at the geeks.

All that being said it’s still got flaws, but how you feel about them is a personal matter. The characters still come across sometimes like they’re not so much nerds as naïve innocents who fell off a turnip truck. With all of their pop-culture knowledge they should surely know what’s in the cookies that some hippies gave them, or that Wil Wheaton was playing mind games. Is it Blackface? Yes, it’s bad stereotyping, in this case of who nerds are and how they fit in to society. I’ve never met a naïve nerd, whether they’re an astrophysicist or someone who just reads comics. Nerds are smart and savvy, even if others in society sometimes want to paint them all one colour. Sometimes though we have to laugh at ourselves and our obsessions, just as we laugh at others, whether we mean to or not. It’s a flaw in us too. 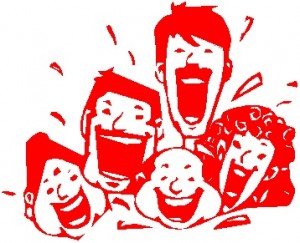 The use of a laugh track does get a bit much, and YES, I know it’s filmed in front of a live audience. The problem is that for every botched take, the live audience laughs less when they see the same joke repeated again and again. For that reason a laugh track sometimes has to be added to “supplement” the laughter from the audience. It’s understandable but irritating, and sometimes it’s so noticeable that it makes you question if the joke was that funny to begin with. When Penny doesn’t know who Stan Lee is, you question what the writers were thinking. Surely she would have learned this knowledge from all her time with Leonard? Not once in all their time together did he mention it during trips to the comic shop or whilst watching a Marvel film?

The term “nerd” is something that used to be considered a bit of an insult, but has been taken back by those who now take pride in it. The Big Bang Theory is the same. Nerds have taken it back and taken it to heart, although its latest problem is more the curse of success. When Sheldon bobble-head figures show up next to Superman ones in comic shops, you have to wonder if it’s not just some marketing guru’s idea of just pimping the image out to cash in? There’s also a V For Vendetta bobble-head, the anarchistic figure who would loathe being marketed out. But if you bought one of those bobble-heads, and judging by the way they sold out I’m sure someone reading this did, it’s still cool. Sheldon IS an icon, and there’s nothing wrong with being a fan.

Do I like the show? Honestly, yes I do. I’m not the biggest fan, and some moments make me cringe, but these days I feel like the audience is laughing with the characters and not at them. I can understand those who don’t because their points are totally valid. Everyone is entitled to their opinion if they can back it up, which is definitely the case here even if you felt differently. I was actually a bit surprised that this became such a volatile topic to begin with. I haven’t heard so much fuss since the new Batman film got negative early reviews and the critics received death threats from fans who hadn’t even seen it yet. The term “fan” is derived from “fanatic”, but is it really necessary for some people to prove it?