Against my better judgement I went to see the remake of Robocop.

Now, you know me. You know that I love my originals and I think what’s good enough (in this case, what I hold dear to my heart from childhood) should be left alone. Also, knowing me, you know that I probably threw a bit of a fit over how different the new Robocop would be. And, you probably were aware that I could quote Robocop before I could tell you who Mickey Mouse’s dog was – I know it wasn’t Goofy!

All that being said, I went to see the remake of Robocop and it was good.

Like, it had no right being as good as it was good. 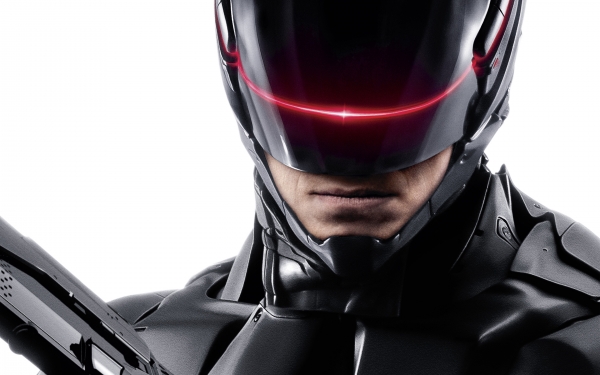 But, this isn’t a review. I’m not very good at writing up reviews. What I am good at is telling you about the things that made my heart smile, and telling you that there are some very subtle nods to the original that were worth a viewing. So if nothing else, go see it for those. Now, with no spoilers, here are my favorite things about Robocop (2014)

Michael Keaton- What the fuck? I love this dude but here’s a thing I realized: Michael Keaton will NEVER cease to be Beetlejuice. In every role since Beetlejuice when Michael Keaton is on screen, that is who I see. I’m beginning to wonder if Michael Keaton has ceased to be and Beetlejuice is just who he is now? I’m not complaining mind you. His facial ticks and gestures make my heart happy and, quite frankly, the more of Michael Keaton that I get to see being humorously psychotic and slightly bi-polar, the better! 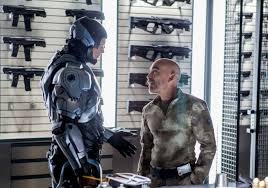 Jackie Earle Haley- Ok. This guy amazes me everytime I see him. He just “chews the scenery” (to steal a turn of phrase from a friend) in everything he’s in and he did it here as well. He brought a certain presence to his little asshole of a character that I think only he could rummage up and he ended up being one of my favorite side characters with a mediocre amount of power.

ED-209’s- They were there and they were good. I waited until the very end of the movie to see if they fell down some stairs and stayed tipped over. They didn’t. However, they were all shot to falling over and ALL of them were near stairs. That was good enough for me. Okay, not really, but I’ll take it. The quality of the movie was such that I could forgive it. 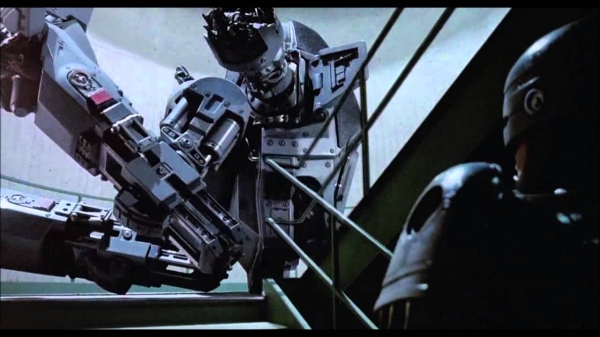 Honestly, I don’t know if I kept my expectations low so as to not be disappointed, but I was not disappointed. There was no gratuitous sex, there was plenty of prolific violence but no gore, there was cheese- that can only come with a Robocop movie, and some really good “tension” breaking humor. And, the credit song was an excellent choice. I won’t give it away, because it actually made me smile when the credits began to roll. But it was one of those moments for me that made me realize something about a movie going experience: the credit song can make or break a movie. Not a good movie, mind you, good movies are good nonetheless, but the song at the end of a B movie or a remake of a B movie can really set the tone for how you feel about the movie when you leave the theater.

The worst thing I can say about this Robocop movie was that I had to sit through a “300: Rise of an Empire” preview that made me want to leave the theater. Fuck, that looks awful.