So, my story begins in 2008.  I was coming off a bad relationship and had moved a long ways from my adopted family in the south (ie, Bella Blitz & The Doktor).  I was alone.  I was floundering.  I was game free but going nowhere fast.

Then a package arrived.

Bella & The Doktor had sent their XBox off to be refurbished after the red ring of death. A new GTA was out so they just bought a new one and send me their rejiggered, new and improved, fixed up 360.

I was moved beyond words.  Little did I know that my loving friends had put a needle full of black tar heroin, crack and Mountain Dew in my hands.  I pushed the button and it went down so smooth.

Hours were spent playing online with my friends.  It was all there.  Violence, co-operation, zombies and the achievements.  OH THE ACHIEVEMENTS! 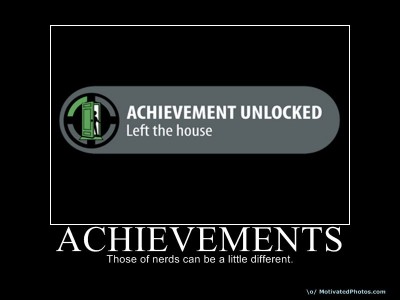 I had owned a PS2 for years and toyed around with the Wii but this…this was a whole new beast.  Things were unlocked, friends were available and I just couldn’t put it down.  I wouldn’t even if I could have fathomed it.  Then I got my first taste of my disease.

The maps were randomized so you never had the same game twice.  You had a plethora of civilizations to play with, all of them with their own upsides and downsides.  There was so much going on and I was hooked.

The further I got into the game the more enthralled I became with opening all of the civilizations, statues and achievements.  I started out on the tutorial level and adapted quickly.  From there it was quickly on to “Warlord” where I mopped up.

I never won one game on “Deity” and only one or two at “Emperor”.  “King” was a fight but I’d eek out more wins than losses.  I found myself sliding down and the thrill wasn’t there…not like at “Warlord”.

It wasn’t a big deal.  I could move up any time I wanted.

Then I met my fiancé.  She didn’t know much about modern games and was curious to learn more.  God bless her heart…she tries so hard to understand my geekness.

I walked her through the first level.  She jumped up quickly to “Warlord” and then on and one.  She was opening up achievements that I hadn’t managed to attain.  She was lapping me in the game but I didn’t care.  Then came that fateful day.

She bested the game on “Deity”.  It was a tough fight and she spent a good deal of the three hour battle royale cursing at the TV and declaring acts of genocide should be carried out against the variety of civilizations opposing her.  I was so proud.  That was my baby.

I hugged her.  I held her.  I told her how amazing she was.  Then we cleared it out and I took my turn…on “Warlord”.

“You know,” she said to me, still thumping her chest and strutting around the apartment with a shit eating grin on her face, “you really should step it up to the next level.”

I “meh’d” her suggestion and fired up the easy level with my favorite civilization, the Mongolians.  An hour or two later I had bested the game…again.  There was no challenge in it.  It was a cake walk.  I was just maintaining but in the most enjoyable of ways.

So how did I deal with it?  I started my early morning weekend routine.  She would sleep late while I, regardless of what time we went to sleep, would wake up at 7:00 AM and silently slide into the living room.  My mistress was waiting.

The machine would fire up.  The green light would come on.  I was Genghis Khan again.  The lands were new and with every barbarian village that fell my empire grew.  I was home again and free in the cozy role as “Warlord”.

I love the mediocrity that comes along with underachieving in the game.  It fits like the snuggest of gloves but still…I know I can move up to “King” any time I want.