I will admit that this article is not my most professional work. But hey. I’m a total fucking geek over dance music. And horror, to be honest. So when the two come together, I kinda sorta lose it. And they come together a LOT.

So, without further ado, here are some of my favorite horror-influenced dance songs. And album. There’s an album in there. I couldn’t pick just one.

This first one isn’t a straight up horror song, but you’ve gotta admit if you’re not ready for it it’ll scare the shit out of you. As it plays on, you can tell something’s coming, but you don’t know what. All you can do is focus on the ravey synthesizer breakdown and pretend you know what to expect. I don’t wanna blow the drop for you, but rest assured: it is insane. 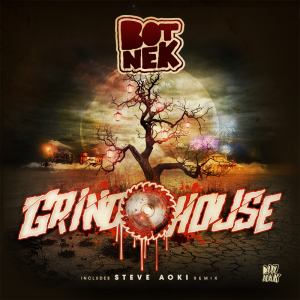 My mind is open. I can’t close it. GRINDHOUSE!

Good lord, this one is insane. “Grindhouse” was released as the anthem for the Halloween music festival FreakNight 2014, so you know there’s gotta be something scary in there. And given Botnek’s decidedly weird and noisy style, if you know them, you know to expect something insane. “Grindhouse” delivers with a super-creepy buildup and a deadly buzzsaw of a drop that might make you dizzy just listening to it.

Admittedly, I’ve heard a lot of people hate on “Saiko”. But I fucking love it. Aero Chord is mainly known for making hip-hop and twerk music, so seeing him branch out with this is pretty awesome. “Saiko” has what may be one of the sickest build-ups ever, starting off with just a female voice and breaking into a hugely ominous production. Then the drop hits and it’s basically the audio equivalent of a chainsaw massacre. It’s goooood. 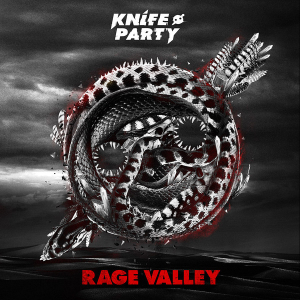 Until they kick us out, people, move your feet.

Rob Swire and Gareth McGrillen, who you may know from the band Pendulum if you like that sort of thing, are also totally badass EDM duo Knife Party. And with a name like Knife Party you know they had to make it onto this list. “Sleaze” starts off with a good 30 seconds of ominous orchestral music that sounds like it was ripped straight off the Jaws soundtrack, then flips up into a kick-ass hip-hop groove without ever losing that edge.

Zomboy was making dubstep back when it was just getting popular, and his debut album is nothing but awesome. Featuring kind of a loose concept storyline revolving around the zombie apocalypse, the record hits pretty much every genre of dance music you could imagine, and it’s all amazing. From the opening notes of “Nuclear” to the high-flying stomp of “Delirium” to massive dubstep bangers like “Survivors” and “Outbreak”, every song’s a hit and every hit a smack. Or a bite. From, like, a zombie. You know. Anyway. If you like zombies and dance music, check this bad boy out.

This is FAR from a list of every single horror dance song out there – there are tons more electro songs out there that you might hear as a horror fan and want to get down to. Because even psycho killers like to rock out sometimes.