A sensible smartass might point out how The Grabber is an obvious candidate for limb replacement. These people are jerky assholey asshole-jerks. You don’t want The Grabber. It is frail and it is fragile, and the Wild will not entertain your efforts. Furthermore, its mechanism relies on small coils, the sort you just can’t replace without the aid of at least 5 nimble and child-sized Garbage Slaves, whose job it is to sort through nearby refuse piles, scrap heaps, and burning hulks to recover the precious, precious chunks of machinery within. It’s a matter of cost-effectiveness, man.

Here instead, gathered from my experiences travelling the blasted hellscapes all around us, are three viable candidates, should you be light an arm. 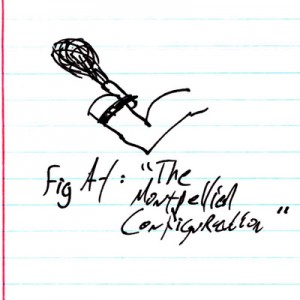 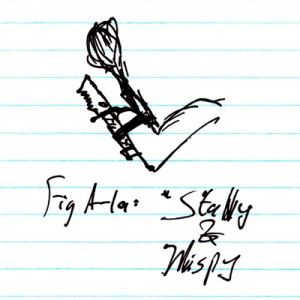 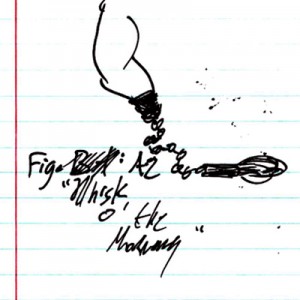 Characterized by its multiple swooshing loops, the whisk is the thinking man’s best bet for limb replacement. Its graceful contact surfaces come closer than most other implements to mimicking the functionality of multiple fingers – learning to angulate the whisk to catch objects between its tines is almost disturbingly simple.

The whisk also proffers the advantage of being roughly hand-sized already. In circumstances where you may want to bluff a nearby trader or pack of feral nuns with threats of violence, a simple glove can slide right over the fat end of the whisk, giving your enemies the illusion of having two functioning hands!

Sometimes – not often, but sometimes – girls will get freaky with it. I’m not saying it’s likely, but if it happens, you marry that girl. 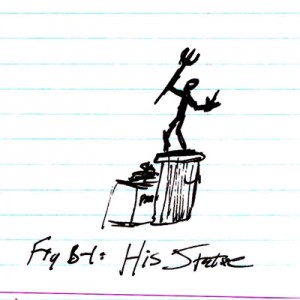 The striking visual impact of the rusty pitchfork has entered our popular lore. To this day, children around the campfire regale each other with tales of Rusty McLean, the one man warlord who parlayed a pitchfork, a bag of marbles, and his three remaining teeth into building a fiefdom that briefly encompassed most of the Chicagoland area. Before being violently deposed in the Dick Punching Wars of ’65, Rusty marauded through the abandoned streets of Chicago, at times skewering as many as 5 orphans in a single pass. To this day, a statue in his honor stands outside the ruins of Wrigley Field. (NB: It’s not a statue so much as a pitchfork strapped to an old barrel of fetid water, but I’m told the resemblance to Lord McLean is uncanny.)

The visual semiotics of the pitchfork are hard to beat, especially when dripping with orphan parts, and many a would be Rusty McLean has been known to strap one on in the hopes of recapturing some of the magic of that summer. Pitchfork arms offer versatility, stabbiness, and the “it” factor known only as Wolverineness.

But heed the following warnings: First of all, you do not want a pitchfork-arm that exceeds the length of your former organic arm. Most find themselves so overwhelmed by the metal pendulum on the end of their stumps that they overswing and over-exert. It’s a good way to end up pitchforking your own shinbones. Second, if you have any of the following – Itching Virus, Flesh-Teasing Bacteria, Hyperexcema, or St. Benedict’s Crotch Rot – you must recognize that attaching a pitchfork to your arm is just ASKING for an infected booboo. Wise up. 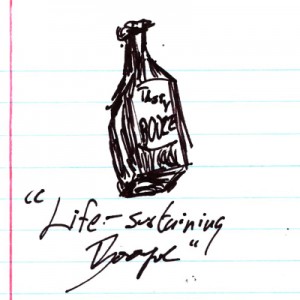 Bottle of Whiskey (as a LURE)

First, and most obviously, it’s a lure for hoboes. Hoboes of any stripe, at any port of call in any of the great abandoned bus stations and refrigerator crate shantytowns that you’ll find outside our few remaining cities. The real trick behind the whiskey lure is to get your hands on some decent rope. Jute will work in a pinch, and if you’re really hard up, use the silken hair of the nearest Chinaman.

Tie a harness around your precious bottle, using a cross-hatching pattern, but be careful not to use too much. The pros usually like a dropline of at least 5 feet. Any shorter than that, and most hoboes will smell you instantly, as their sensitivity to warm flesh has been noted by many recent field researchers. A drop of longer than 10 feet usually means too much distance between yourself and your prey. In covering the distance, most nimble-fingered hoboes will simply untie and make off with the bottle. 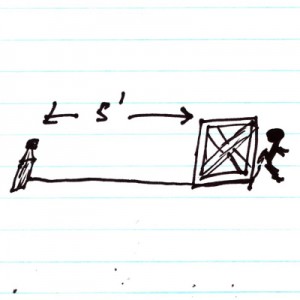 One solution is to fill the bottle itself with poison, as most hoboes are unable to tell the difference. Another solution is to weigh the bottle down with rocks, turning it into a swinging pendulum of skull-cracking doom. The smart money, however, is on never allowing the hobo to actually access the contents of the bottle, or even touch the bottle itself. One errant ring off a hobo’s skull could be enough to either crack the bottle or permanently engrodify its surface in hobo sweat.