I don’t feel like writing this week. I have a lot of papers due for school before the Thanksgiving break, and whenever I have a free hour I basically want to do nothing but watch Sherlock or play World of Warcraft. So tonight, instead of writing a Gaming Addicts Anonymous article about playing Dungeons & Dragons and smoking hookah, I coerced Bella Blitz into drinking beer and playing WoW with me. 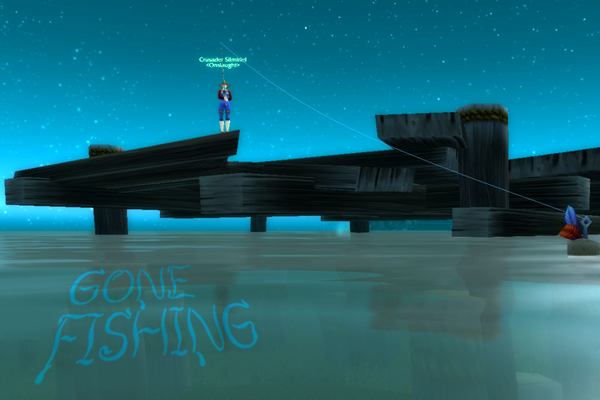 Silmiriel. Level 89 Paladin.
She would rather be catching pixilated fish than writing an article tonight.

*I also may or may not have “accidentally” knocked Bella’s level 4 dwarf warlock off a pier and into level 60 shark infested waters.