When I started making films…okay, long after I started, but when I started taking it seriously as A Thing I Wanted To Do, I made myself this promise:

“I, Axel Karetna, will never, ever do a remake, sequel, or adaptation of a work that I didn’t write myself.”

This has been my philosophy and mindset for a while now…but you’re about to find out how bad I am at keeping promises. There are some things that I would not only not mind remaking or adapting, but would actually LOVE to do. I would never even try to touch a remake of a movie that I already love (so Snatch and Lock, Stock… are off the table) but there is many an exception to this rule I’ve made for myself. And here are my ideas for some of them, and why I want to do it.

(A word of warning: I know I probably will never get the chance to write or direct any of these, but the little added ideas I have for these films are my property and my property only, just in case. (c) 2015 Axel Karetna, all rights reserved. I have no rights to the characters in any of the films or materials I want to adapt.)

I put it to you that you should only remake movies that were promising but mediocre or movies that were so terrible they were awesome. Maximum Overdrive falls squarely into the second category. A Stephen King-written/directed adaptation of King’s own short story Trucks, the film was critically panned and is unintentionally hilarious due to some overly bad acting and some deaths that you know you SHOULDN’T be laughing at, but you do it anyway. I would love to take the director’s reins and remake Maximum Overdrive, but embrace the cheesy over-the-top terribleness. Maybe give it more of a grindhouse vibe. The original was supposed to be scary, but my take would just be fun. 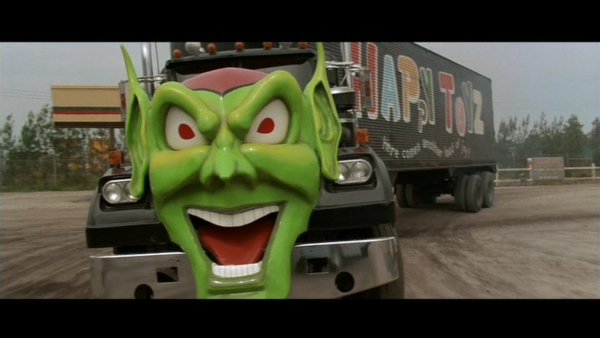 Yes, this bad boy would be there.

One of the coolest damn young adult book series out there that doesn’t involve a romantic triangle subplot is the original Maximum Ride trilogy by James Patterson. The story of a group of kids who’ve been fused with avian DNA and must run for their lives from a gang of nasty, nasty scientists who want to do experiments on them is totally badass, and I know that if it gets the typical Hollywood YA novel treatment, it’ll tone down the action and humor and turn up the romance. Eww. That’s why I wanna do it and do the exact opposite. I don’t want to do anything super different with it – I’d probably take the book EXTREMELY faithfully, maybe throw in a few more curse words and more intense action. Who needs unnecessary romance when you’ve got wings and a kinda-fucked-up sense of humor like the main character?

If you know me, you know I love 21 Jump Street and its sequel. If you haven’t seen them, they’re packed with great meta-humor, endlessly quotable dialogue, and awesome comedic performances from Channing Tatum and Jonah Hill. There’s already a 23 Jump Street in the works, plus a female-led spin-off, so we definitely have potential for a franchise. It would be an honor to do my own spin-off of the series, and I have what could either be a really good or really bad idea for one. It’s pretty simple: Jonah Hill and Channing Tatum play…themselves. The actors. Except they have the exact opposite personalities of their characters in the film, so it gets interesting when they get asked by some organization to go undercover as teachers in an acting school to stop the spread of yet another drug. This could go really right or really wrong, and there’s a lot of room to expand, but I have confidence that doing a New Nightmare-style spin-off of Jump Street might actually be kind of awesome.

I had high hopes for Wanted. I really did. The action and effects (curving bullets! cars driving on impossible surfaces!) in the first half of the film made me VERY happy. But then…it kind of lost its footing. James McAvoy turned into too much of an asshole to be really likable. (A character that ends a film with the line “what the fuck have YOU done lately?” is never my favorite.) It jumped from silly to serious too much. And Angelina Jolie just kind of felt like she was there just to be hot – no backstory whatsoever. I love the concept though, even knowing it’s way different from the source material. If I had the chance to remake Wanted, I’d give it a bit more of a humorous and even tone, and give Fox more of an actual story so she’s not there just to be hot. And definitely crank up the action some. Who knows, maybe we could even have Bianca Bradey (Brooke from Wyrmwood: Road of the Dead) to play the James McAvoy character. Even if her character’s an asshole, at least she’s MUCH more likable than McAvoy. (IMHO.) 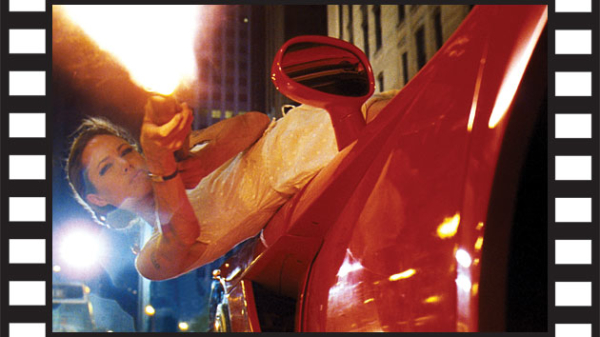 I’d find a way to rework this chase but keep it faithful to the original – it was my favorite part about the movie.

ALL my Tumblr friends want a Black Widow movie. They all want to see her in the Red Room, see her be trained by the Winter Soldier. I want that too. But I also wanna know what Natasha Romanoff is like at home. I wanna know what she does on the weekends. So my Black Widow movie would focus on Natasha (played of course by Scarlett Johansson), an operative of the newly re-structured and grossly underfunded SHIELD organization, living in a dirty apartment, hanging out on the weekends with Sharon Carter (Agent 13), and doing her best to make do with SHIELD’s significantly lower paychecks. But her past comes back to punch her in the face when she realizes she’s being targeted by the OTHER Black Widow. So we get even more glimpses into her past while we also see how her modern life is affected by her coming to terms with it. It’ll be silly but also serious and just a good time for everyone. 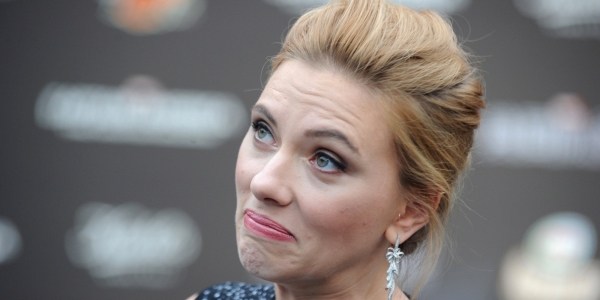 There would be a LOT more of this side of Scarlett Johansson.

These may be terrible ideas. Or great ones. I like them a lot though. But my testament to original shit still stands – every single one of these would get my own style of high-energy cinematography and offbeat humor. If they happened. Which they probably won’t. (It’d be SO COOL, though.)