Being a geek or a nerd has never been easy. So much of what is associated with that moniker made growing up pretty unpleasant for a lot of people. You had bullies, jocks and any number of other assorted assholes that wanted to stick your head in a toilet, steal your lunch money or insult your sexuality just because you were different. Many of us retreated into the worlds of fantasy via gaming, books, movies, toys, comics and even television. But no matter where we retreated, it was always a small community.

Until the mid 90’s and early 2000’s, pop-culture didn’t know about the things we were into and frankly didn’t care. While we traded bootlegged vhs copies of anime like AKIRA and Ghost In The Shell or rolled new characters weekly in DUNGEONS AND DRAGONS, pop-culture was more concerned about things like FRIENDS or Melrose Place. Television while a decent escape here and there, really wasn’t programmed with the geek/nerd in mind.

Around 2000 things started to change and you could really feel it becoming more palpable. TECH TV was the latest player to get into the broadcasting ring and started to produce shows with the geek in mind. With features like Robot Wars, Internet Tonight and The Screen Savers (my personal favorite), TECH TV was doing something completely different and fresh and it gained a pretty strong audience in the process. 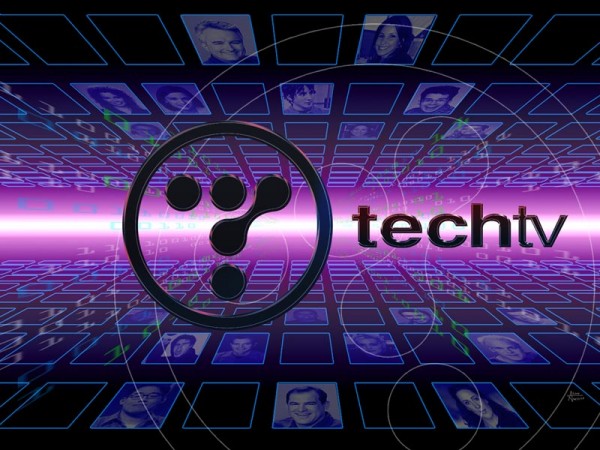 TECH TV was awesome! It was a geek’s dream come true! A TV show about the internet?! A show about building computers and other technology?! This was unheard of! Geeks finally had a television station dedicated to shit we wanted to hear about! It was quite literally amazing to be able to turn on a television and see people talking about the things I cared about and was personally involved in. I could see a whole new world opening up right in front of my eyes and it was stunning!

One of the things I enjoyed the most was The Screen Savers. This was a show about tech of any and all kind hosted by Leo Laporte. They would regularly have entire shows dedicated to overclocking your pc components or talk about the latest in music technology and these new things called MP3 players! It was the dawn of a golden age and not only were these guys funny, but I learned a ton about computers and how to build them. To the geek in me, this was incredibly entertaining and I made it ritual to watch this show and many others on the TECH TV network. I rarely changed the channel, honestly, because there wasn’t much else on television I cared for. TECH TV had grown a base of loyal geeks, gamers and nerds and I loved every minute of it!

But as is the way of things with the geek, that which we love never stays with us long.

In the mid 2000’s Comcast bought TECH TV and would eventually change the channel to something a little more hip and gaming centric with a rebrand to G4. G4 had previously been Comcast’s gaming channel and after about 6 months into the merger, Comcast would drop all of TECH TV’s programming (accept X-PLAY and Anime Unleashed) in favor of a more gaming and male-oriented network. They were shooting for the hot new demographic in 18-34 year old male consumers and like most television, that involved dumbing themselves down and getting rid of all the programming that was once a staple of TECH TV.

G4 initially wasn’t that bad. They had a more solid focus on gaming and things that I as a man between the ages of 18-34, was interested in. They expanded X-PLAY and made it a flagship of the network with the help of Morgan Webb and Adam Sessler. They even started a live program called Attack Of The Show which covered all things geek from comics to tech and everything in between. Kevin Pereira and Oliva Munn hosted AOTS and even though many geeks bemoaned Munn’s lack of geek-cred, she did a decent enough job and was incredibly easy on the eyes. Even though Laporte was gone and there was no more Screen Savers, G4 was still speaking to me in a voice I understood and was interested in hearing. This wasn’t the case for a lot of geeks out there and many would walk away saying they had sold out or weren’t being true to their roots. TECH TV hadn’t sold out but was bought out and had to make way for more interesting and consumer friendly programming, and sadly TECH TV was no more.

I must admit, as much as I hated not having The Screen Savers any longer, AOTS and X-PLAY had me hooked. I was a gamer and I loved new tech and gadgets, and those shows covered those in spades in a way that was funny, entertaining and informative. They were doing a great job and people really responded to it. It also didn’t hurt to have Olivia Munn on AOTS, I mean seriously, shes a fucking knockout!

G4 would eventually bolster their lineup by adding a quirky obstacle course game show from Japan known as Ninja Warrior. Ninja Warrior was a success and helped cement the nighttime lineup for the network but there was still something missing. G4 for all its potential, seemed to missing something and frankly they never quite figured out what it was.

G4 like so many other new products, started out with a lot of promise and possibilities, but in the end fell short due to a lack of vision by the owners and a seeming unwillingness to create new programming. Attack Of The Show, X-PLAY and Ninja Warrior, while great shows in their prime, could only carry G4 so far. G4 never really expanded beyond those shows in any substantive way and would instead opt for endless reruns of COPS for most of their daily programming hours. They tried showcasing other things like MLG (Major League Gaming) but that never really got a foothold and the shows were kinda terrible anyway. G4 had so much promise and stuck around for a good while, but in the end it seemed they lost their way and the owners gave up on it and left it for dead.

So where are we now? Is G4 going the way of TECH TV and eventually going to be bought out by a larger network and have its programming completely changed and reformatted? It would seem so. G4 has recently announced that they will be making a transition to programming catering toward the GQ crowd and less to the 18-34 male demographic. Could this be attributed to the economy and the fact that 18-34 year olds no longer have lots of disposable income? Could this change be due to ratings falling and they are flailing about trying to find a way to stay relevant? Or could this be a symptom of something larger and more problematic in that 18-34 year olds don’t watch TV like they once did?

The cause isn’t just one thing, but the internet itself probably holds the most blame. The internet is making TV less relevant, hell it’s making everything that’s not online less relevant, including print and physical media. G4 is changing because people that use the internet are not watching TV as much and those people tend to be 18-34 year olds. The fact is, ratings are taking a nose dive. Broadcasters need to adjust to make money and the people with money that still find television relevant are apparently old men, so that’s where they are focusing their efforts.

So where does this leave all the fans of G4? Probably where they already are, online. The demographic they catered to is online and has been for many years now so this isn’t a big deal. I can tell you with almost complete certainty that the people that watched G4 really won’t be affected too broadly by the loss. These are the kind of people who watch television online, get their news online and do pretty much everything online, so this is not going to affect them too deeply. They have already made the transition to online media that television is slowly having to make, and while it sucks for the people who worked there, the fans will move on.