*Editor’s Note: Tori didn’t put a title on this article, so I made one for her. Because she was a fabulous Guild Leader and was probably the only reason I didn’t quit playing World of Warcraft by throwing my PC out the window in 2009. Also, when Tori submitted this article, I didn’t know whether it should be categorized in Breed Geeks, Memoirs of a Geeksha or Gaming Addicts Anonymous. I’m grabbing it for GAA because it’s my section and I’m selfish like that.  -SmartlySarah

I remember exactly the moment when I realized being a geek was awesome. I was 8 and I was spending the weekend with my uncle who is only 12 years older than me. He had shown me Silence of the Lambs on a previous visit and this had severely upset my mother, so I knew he was cool. He had already finished the snacks (he’s an amazing cook, FYI) and was setting up the board for Dungeons & Dragons. I was curious of course, because I had heard he played, but had never seen it.

I asked if I could play. I don’t remember exactly how the conversation went, but I remember being told that I would have to die at the end of the night since I couldn’t be there every week. And die I did. I believe my character was eaten by a giant spider deep in the dungeon we were exploring. My uncle weaved a story so beautifully that I was hypnotized. I wanted so badly to continue on. We fought smaller spiders, and perhaps a troll or two, and in the end I didn’t even mind that my character died because it was awesome. 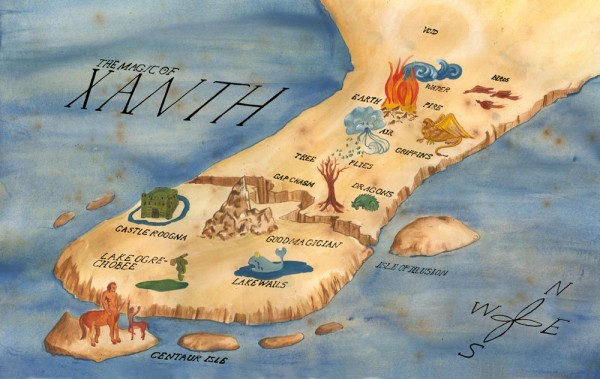 The second thing my uncle did for me was give me 4 novels by Piers Anthony. They all took place in Xanth. A land where a cottage was made of cottage cheese. Watermelon was a melon with water in it and slippers grew on slipper bushes. Everyone had a magical talent liking being able to talk to inanimate objects or being able to shape shift. Sometime it was as simple as being able to turn just one thing into just one other thing. But with ogres, unicorns, centaurs, harpies, giant spiders, and every other magical creature ever created in the imagination, I realized that this fantasy thing was what I loved.

When I was older and had found a few friends that also were members of the geekdom, we got together and played some D&D, but it was never as good as when my uncle was there. He lived with us for a short while and in-between trips driving his semi-truck he would help me host all night D&D sessions with my guy friends. I think secretly that my parents were totally psyched that I had found guys more interested in playing make believe with me than doing “other things”.

All this love of everything that is fantasy led me to play World of Warcraft. One of those fellow D&D players introduced it to me and it was love at first sight the first time I borrowed his level 55 Paladin and learned how to slay ghouls in Western Plaguelands. Eventually I joined a guild, became a raider, then a raid leader, an officer, and eventually a Guild Master. I also met my husband through the game and we now have a 16-month old son together. 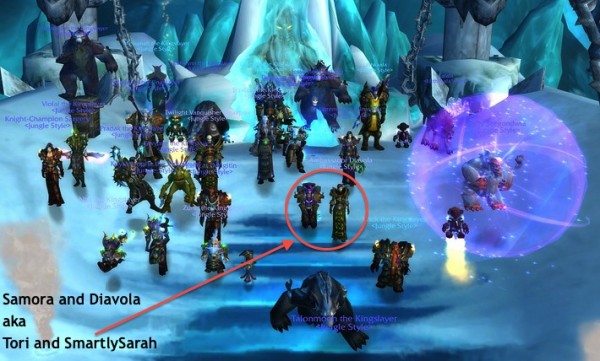 Tori and SmartlySarah’s guild the night they killed The Lich King. Read about it here.

I don’t think that my uncle had any idea what letting me play Dungeons & Dragons one night with his buddies would lead to, but I still think about that night. I think his friends were a little skeptical to let an 8-year old girl play with them, but that night forever changed my life and introduced me to all that is fantasy. I proudly acknowledge my geekness now and I hope that my son learns to appreciate it too.