FIRST NIGHT RALEIGH 2015: sending the year out with a bang.

Home/Nerdery Publications/FIRST NIGHT RALEIGH 2015: sending the year out with a bang.
­

FIRST NIGHT RALEIGH 2015: sending the year out with a bang.

I had a very good year. Filmmaking, music making, acting, etc, etc. So it’s only fitting that I end one of the best years of my life with a bang, right?

To that end, I managed to get a ticket to First Night Raleigh, my hometown’s annual arts celebration. It’s a huge event featuring performances of all kinds for all sorts of audiences – families, couples, single people, young, old, you name it, there’s something for you there. This year, I stuck to hitting up as many concerts as I possibly could, and I was treated to some pretty sick sets by bands you really should check out.

After a massive shrimp po’boy dinner, I headed out to the main stage on Fayetteville St. to catch the early countdown (they do a 7:00 countdown for the kiddies), which was preceded by a short set by SCYTHIAN, the headlining band of the festival. Scythian are a group of five musicians from Washington, DC who perform a weird but awesome mix of punk, rock, Celtic folk and bluegrass. I was not expecting to love them as much as I did, especially their original material – they finished off with a rock-folk jam called “Jack Dempsey” that had us all singing along. 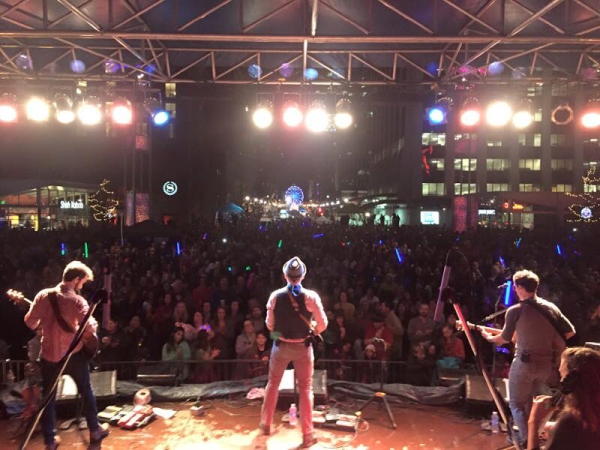 At 7, the acorn dropped (we drop a huge metal acorn from a crane to commemorate the new year) and the fireworks went off. After all that, I headed out to check out the scene at Artspace, where they had some high schooler-oriented activities. A very talented high school metal band called BLACK WALL was performing, though I don’t know if it was original material or not. I also caught a bit of a set by UR MOM, a Wake Forest girl band (they were playing “Where Is My Mind” by The Pixies, which I was rather fond of). 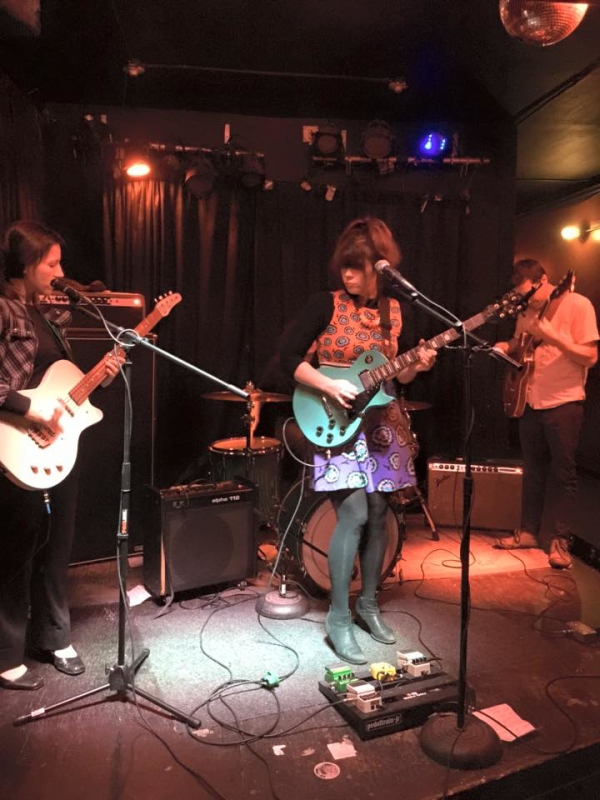 The real fun kicked off at 8 when I went to the Vintage Church, aka First Night’s “Indie Venue”. The first set there of the night was from surf-pop-punk group SEE GULLS, whose album I’ve seen in a local bookstore. They are GOOD. Imagine Sleater-Kinney but a bit younger and surfier. Not exactly the sing-along-iest group out there, but some of their choruses are fun to shout along with. The crowd was all sitting down, so that may have brought the energy down a bit, but the band never lost a beat, and in between songs the lead singer had some awkwardly hilarious things to say (especially the fact that her mom was in the crowd, so she couldn’t drop any F-bombs).

After See Gulls left the stage, we were treated to a 9:30 set from indie electronic pop musician Derek Torres, aka T0W3RS. Having just put out his second album, he and his backing musicians (two members of local rockers Dad & Dad) had a lot of material to draw from. The music itself mixed energetic bass and drums and lush guitar and synthesizer melodies – the crowd alternated swaying side to side and headbanging in their seats. Torres himself is one hell of a stage presence, mixing awkward smiles, slick dance moves, and the occasional interpretive dance break into his singing. He live-looped and played the keyboard with far more energy than necessary, and we just ate it up. 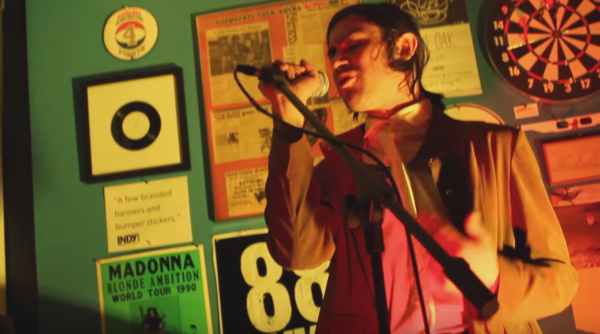 Once Torres & crew finished their set, I headed back to the mainstage for a straight 90 minutes from Scythian again. This time around, they knew that a lot of us were slightly intoxicated, so they gave us some more dance-friendly tunes. The fivesome gave us their take on the Irish polka (“you can do it with a beer in your hand, so you don’t really have an excuse NOT to!”), some modern folk songs that we all picked up on pretty quickly, a fiddle-off between two members of the band, and even an American-style barn dance song. The best part, though, was the moment where one of the members picked up an accordion and asked us to help “make the accordion sexy” by performing a medley of Irish jigs and modern pop tunes. “Jump Around” was definitely in there, and we definitely did that.

Then they dropped the acorn again, the fireworks went off, and I went home.

Do yourself a favor and check out Scythian, See Gulls, and T0W3RS, because they’re all unique and awesome acts. I recommend “Jack Dempsey” from Scythian, “Karate Kicks” from See Gulls, and “Silk Hope” from T0W3RS if you want a taste of what you’re in for.