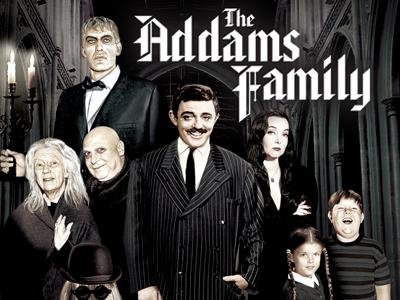 They’re creepy and they’re kooky, mysterious and spooky, and they’ve been role models for goths, geeks and misfits for years. Starting out as single-panel cartoon series created by Charles Addams for a newspaper in 1938, it was an inversion of the wholesome all-American family. They were dark, macabre figures, a family who didn’t play well with others. While these days everybody’s familiar with the pair of films by Barry Sonnenfeld, which raised their profile to a newer cult audience, this wasn’t their first time on screen. Before Angelica Huston vamped it up as Morticia, Raul Julia went normally abnormal as Gomez and the world loved Christina Ricci as Wednesday, the 1960s TV sitcom came first.

The family consists of eccentric mom and dad Morticia and Gomez, bald mental case Uncle Fester, psychotic kids Wednesday and Pugsley, the Frankenstein’s Monster butler Lurch and the helpful severed hand known as Thing. There’s also Grandmama, who enjoys cooking, pulling scams and solving problems. Amazingly, they don’t actually kill anybody; they just like to have fun and march to the beat of their own drummer. It’s how they don’t fit in with the society of the time that makes the comedy, and while these days they look tame you’ve got to appreciate this show for what it was: ground-breaking. 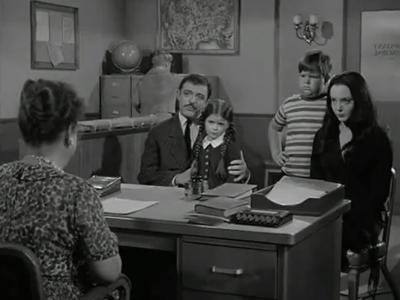 The 22 episodes in this set are storylines that you’d find in any sitcoms of the time: Pugsley and Wednesday being forced to go to school, Uncle Fester looking for love, Gomez coming up with wild ideas like backing a local politician or taking up gambling on the horses, Lurch’s mom popping by for a visit, Pugsley getting into something “unhealthy” for young boys, Wednesday running away from home, Lurch needing to learn how to dance, Gomez getting amnesia, and a beatnik stopping by. Really? A beatnik? Yes, those young left-wing rock ‘n’ roller liberals were always good for a laugh.

Yet the stories have their typical Addams spin on them. At school, the Addams kids are appalled to hear fairytale stories where dragons get slaughtered by knights. Gomez doesn’t lose on the horses, he wins. The politician Gomez backs becomes less popular because of the Addams’ actions. The amnesia he gets keeps coming and going as his family repeatedly bludgeon him over the head to sort his brain out. The “unhealthy” activities Pugsley likes are joining the Boy Scouts, getting a puppy and wanting to play baseball, and a psychiatrist has to be called in to make him better. As for the beatnik, the Addamses love the guy and appreciate his unique nature, something that society doesn’t.

The jokes are predictable, their antics aren’t really that wild, the effects are minimal (Thing is just a hand in a box) and in today’s society they’d fit in a whole lot better. But there’s something wonderful about them, an eccentricity that’s charming and you can’t help but enjoy becoming a part of their family. They’re open, honest and carefree. Yes it’s cheesy, but it’s still a whole lot of fun. The acting is good, but the notables are John Astin and Carolyn Jones as Gomez and Morticia. And of course there’s Ted Cassidy as Lurch, a giant who went on to guest star in Star Trek and do the intro narration for The Incredible Hulk, and whose “You rang?” became an Addams Family catchphrase. Oh, and don’t forget that theme tune… 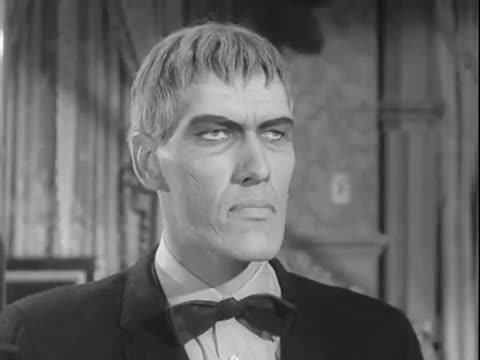 There are extras like a couple of commentaries, a sing-along and a short feature on Charles Addams and his original dark creations that’s really good. But it’s the shows themselves that make this worthwhile, because while The Addams Family may have been a somewhat watered-down version of his vision, it’s still a hoot. It was ahead of the curve in terms of the dysfunctional family comedy format, the idea being that they were perfectly functional as a family, just one that was different.

You can get it for the nostalgia or you can get it because you’re a fan, but either way it’s worth it. For a generation of geeks and nerds who have struggled to fit in over the years, they’re not just the Addams family, they’re our family.