As you may know, I (Bella Blitz), attended Dragon*Con this year in downtown Atlanta. But, I didn’t just attend as a fan – I attended as a representative of this here Nerdery Public (and I was very well behaved, thank you very much). If you don’t know, Dragon*Con is the largest multi-media, popular culture convention focusing on science fiction and fantasy, gaming, comics, literature, art, music, and film in the universe! People from all over WORLD converge on Atlanta to experience celebrity panels, artists, swag booths and to cosplay. Oh, such cosplay!

For those of you “not-in-the-know” cosplay is short for “costume play” and is defined as “a type of performance art in which participants don costumes and accessories to represent a specific character idea. Cosplayers often interact to create a subculture centred on role play. A broader use of the term “cosplay” applies to any costumed role play in venues apart from the stage, regardless of the cultural context.” (wikipedia) 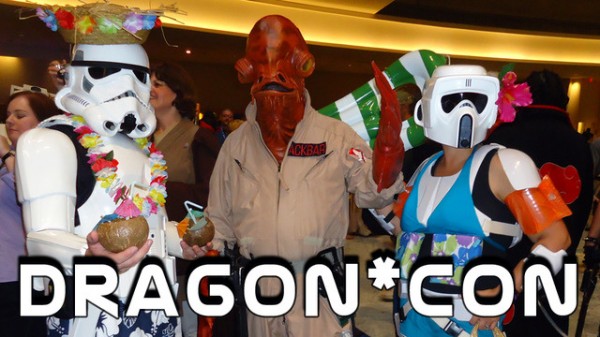 Dragon*Con, being one of the largest geekventions, brings to the Atlanta area a grandiose number of enthusiastic cosplayers; big and small, men and women, parents, children, grandparents and even the staff of the host hotels. Cosplayers are everywhere during Labor Day weekend and you could spend your entire weekend watching the people and regaling in childhood memories of Saturday morning cartoons while sipping your coffee, tea or beer. It’s an all day thing for sure.

Watching people, especially cosplayers, is one of my favorite things about any convention. Costumes range from store bought halloween costumes, to semi-home made, to custom crafted costumes that rival the set designed pieces. You’ll see everything from cartoon characters to movie characters, to video game characters, and you’ll be sure to witness some cosplayers digging deep for an obscure character reference that only the truly ingrained fandom can appreciate. It’s truly a wonderful thing to experience, whether you’re a fan or not. I love cosplayers. I could never do it myself – because I hate to be hot and uncomfortable, and if there’s one thing you are at any convention, it’s hot and uncomfortable.

Now, with all of that said, you’re more than likely to notice that about 50% of all cosplayers are on top of their game. They are fit and beautiful and take a huge amount of pride in their appearance and what they are putting out there. Cosplayers are acting for you, after all. Embodying a character they love and they know you love. They have to be ready and willing to be stopped and talked to and have pictures taken. 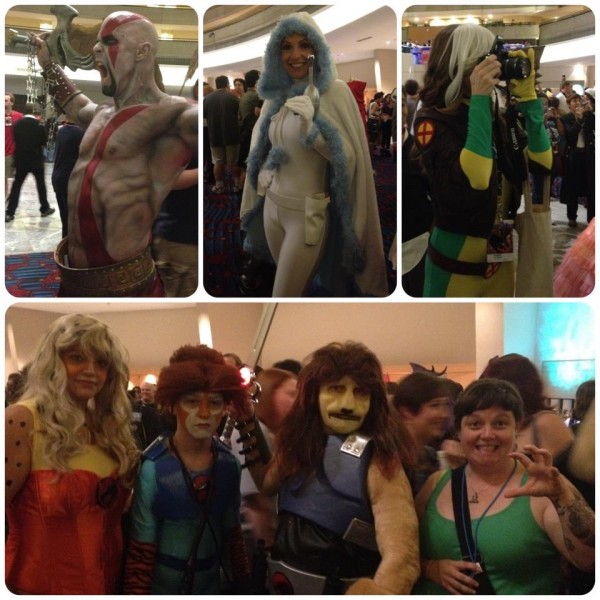 (Photo(s) by Mike Groves aka Poopbird(.com) follow him on the Twitters & Tumblrs too!)

In the past, my cosplay watching experience has been something along the lines of, “oh my god did you see that amazing so-and-so” to “oh my god, that poor person has no friends”. Now, mind you, anyone can cosplay poorly – and many people do. But, I have found in my five years of convention attendance that plus sized ladies have been doing it wrong for far too long. Let me qualify something before everyone lashes out at me – you do not have to be plus sized to be a bad cosplayer, I have nothing against plus-sized anyone as I am a big girl myself, and this article is not about bashing bad cosplay – but lifting up what I saw this year as the best in plus-size cosplay!

Most people have experienced a halloween shopping disaster when looking for a costume and only finding “sexy” everything. Big girls specifically don’t always believe they can be sexy, and I for one, don’t want to see myself crammed into a “sexy pirate” costume that is unflattering for anyone not a size 2. That being said, ill-fitting cosplay typically comes from forcing a costume (usually pre-made) to fit your body, when it really doesn’t. After years of seeing plus-sized cosplayers (specifically women) walking around looking like two pounds of crap in a one pound bag, I was thrilled to see – this year – the exact opposite.

Big girls were making me proud this year. Obviously custom crafting their costumes to fit their body type and wearing them with pride and confidence. Which, is refreshing all by itself – but even more so when you consider a lot of cosplay is “skimpy”. I saw hand fulls of Lady Loki’s that used a corset and cape to their advantage. There was a plus-sized Khaleesi from Game of Thrones dressed for her wedding day that made me blush she was so beautifully put together. I even was lucky enough to see a plus-sized Black Widow, that while more than curvy, pulled off that tight leather suit like nobodys business.

It was thrilling to see, and feel confident, for these bigger gals walking around in their costumes with their heads held high, knowing that no one could take anything away from their cosplaying skill and that them being plus-sized wasn’t even factoring into what people were seeing. I loved every minute of it, and I was proud (even though I don’t cosplay) to be a confident plus-sized woman myself. 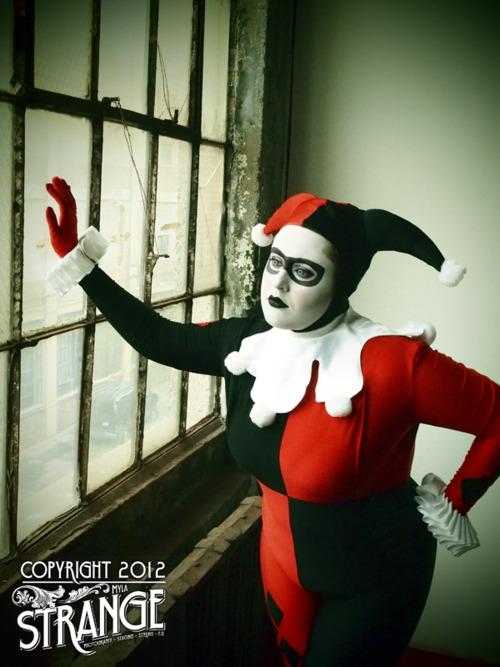 Now, let me tell you WHY I’m singling out the plus-sized lady cosplayers.

The thing about geekventions is that the attendees, while they are nerds, do not all live geekily all of the time. Many con goers are there for one or two specific things they love or are looking to collect or to support their friends that are there as vendors, speakers or artists. I’m actually willing to bet that only about 20% of all con goers LIVE a nerdy life 100% of the time. And, while at a convention, you’re on your very best behavior. There’s hardly ever any heckling, hardly ever any hate-mongering and very rarely is there ever a violent incident. There are plenty of oohs and aahs and boobs to be enjoyed by all. And they are. But only during those four days. Once the convention is over and everyone returns to their corner of the world, it’s back to lacking respect for your fellow human being.

I know, that’s a pretty broad generalization – but, I’ve experienced it first hand, and this is my memoir week, so listen up. People of all shapes, sizes, colors, creeds, sexes and sexual orientations are put upon by others everyday. There’s no escaping that. But for a moment – at a geekvention – you can escape it. Misogyny in the geek community is a huge point of contention at the moment, imagine that same misogyny coupled with a severe lack of size-acceptance. Poor cosplay looks bad on anyone, but poor plus-sized cosplay runs out and into real life after the con is over, precipitating the mind-set that plus-sized people (women – most specifically – in the case) are “gross” or “unattractive”.

It made me proud to see plus-sized lady cosplayers taking extreme pride in their costumes and their appearance during Dragon*Con, and to see the number of admirers they had while they were there. It lifted me up a bit and lit a fire under my latent hopes that when these beautiful, big women are out of costume and living their normal lives that people will look past size to see what the PERSON is about – nerd leaning tendencies, fat rolls, amazing cosplay and all.