Between the time when the patrons drank their wine and the rise of the soufflé, there was an age undreamed-of. And unto this, Conan, destined to bear the large white puffy toque upon a troubled brow. It is I, his Sous-Chef de cuisine, who alone can tell thee of his recipes. Let me tell you of the main course of high adventure…

It was the Hyborian Age of cooking, when the young Cimmerean known as Conan learned the Riddle of Steel, the process of making fine tableware and blades with which to prepare food. After the slaughter of his people by Thulsa Doom, the most merciless food critic in all the lands, he was taken into slavery. After years of tireless slave labour working the Wheel of Pain drive-through, it was here in the Land of the Golden Arches where Conan grew strong and proud, learning that food preparation that does not kill us makes us strong. 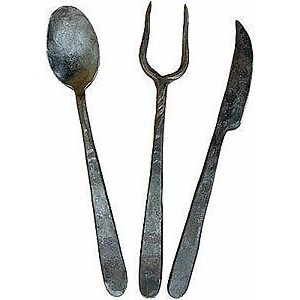 Seeing a potential for greatness in him, he was trained by the greatest of all the world’s chefs and put into many cookery contests. He triumphed time after time, his skilled hands guiding his swift blade, and his creativity in recipes matched only by his curiosity of new ingredients. He had no time for molecular gastronomy, however, preferring to satisfy the appetites of those who challenged his skills with simple haute cuisine. 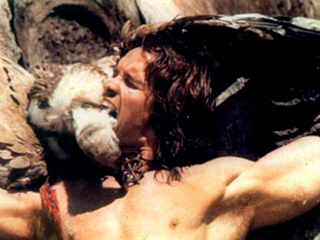 There came a day when the waiter known as Subotai found Conan struggling to prepare a main course. Subotai asked for food… FOOD! The waiting patron had not eaten for days, and Subotai related the message that the man needed sustenance to grant him strength for when the wolves would come, vowing that he would die not in hunger but in combat. Like a man possessed, Conan arranged on a serving plate a delicious meal of roast suckling pig, but his conscience on adding cranberry sauce and vegetables was uneasy.

He stared at the plate uneasily, before inspiration struck him.

“Crom!” he declared. “I shall use the blueberries rather. I remember days like this when my father took me to the forest and we ate wild blueberries. More than twenty years ago. I was just a boy of four or five. The leaves were so dark and green then. The grass smelled sweet with the Spring wing. Since then, twenty years of pitiless cucumber! No carrots, no tomato like other salads. This food shall smell fresh before the storm of criticism!” 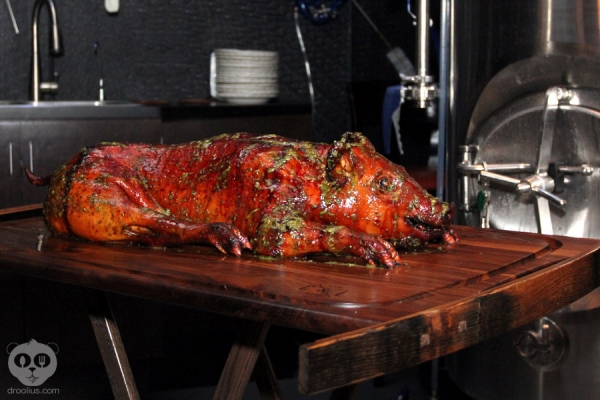 But there was dissent in the kitchen, as the owner of the establishment entered and asked the mighty Cimmerean what was best in food.

Conan fixed him with a stare and stoically answered, “To crush your garlic and grind your pepper, see them driven before you, and to taste the lamb/mint ‘sations of their flavour.”

And with that, Conan prepared a meal of outstanding quality that was perfect on the palate, unaware that the foul gourmet Thulsa Doom would be his next customer…

Warning: A non-numeric value encountered in /home/customer/www/thenerderypublic.com/public_html/wp-content/plugins/getmecooking-recipe-template/recipe-template-functions.php on line 5573

This recipe makes one suckling pig.