Chchch ahahah In Defense of Friday the 13th

Hello you beautiful psychos. You glorious murderers. You twisted maniacs. I know it takes a special kind of person to fall in love with the slasher genre. I know you’re my people. And now, for the month of January 2016, I am your people too.

Taking over for Chassity as Slasher Honey is no small feat. Her genuine enthusiasm for the sub genre is pretty damn contagious – and hard to match. But, for all the love that my dear Chass has for our sicko slashers, she also has some pretty divisive opinions about one in particular; Jason Voorhees. Among the big three (or four) iconic slashers, Jason and his mother come in last on Chass’ list and I think I should do a little renumbering for her. At least for this month. 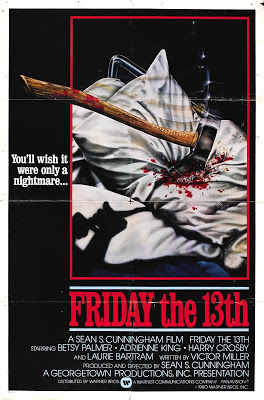 Slashers, as we know, come in many shapes and sizes. Their backstories are hardly ever squeaky clean, and their forray into our hearts is usually less empathy-filled and more blood-soaked. But for me Friday the 13th is just slightly different. Not only is Jason’s movie one of the first to be released by a studio – helping slashers hack their way into the mainstream – but it’s also not even Jason’s movie. Friday the 13th is one of the few slasher movies where the slasher isn’t who you think it is at all. 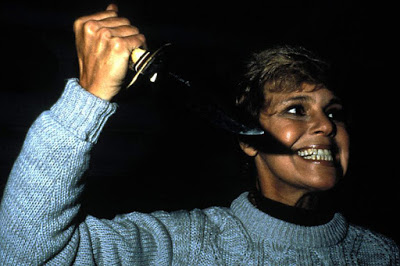 Mommy can you hear me?

Pamela Voorhees is, quite literally, the mother of all slashers.

Within Friday the 13th we revisit what will become your typical slasher tropes set forth by Halloween, The Texas Chainsaw Massacre, Black Christmas, and Psycho. But this movie takes a slight step sideways. Instead of the slasher having one hell of a mommy issue, she has one hell of a son issue. And rightfully so, really. Before we can even really grow to love this relatively new subgenre it’s already playing tricks on us; which is quite brilliant and innovative in it’s own right.

We, as the audience, watch the horrors as the assumed masked man slashes his way through your typical, romping pack of teenagers. Completely engrossed in the revenge story of the deformed child come to get his comeuppance we are blind to the actual revenge taking place. Sure, as a horror fan in the 2000’s some of the imagery is dated and the dialogue is difficult. But boobs are boobs and blood is blood and the telltale sound of chchch ahahah (ki ki ki ma ma ma?) makes your hair stand on end anyway. 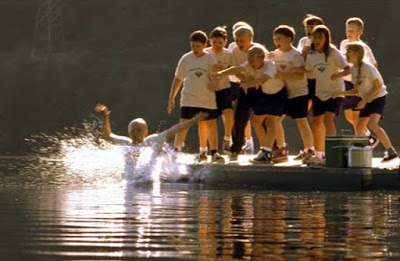 See, what you did was stupid, I’m telling my mom.

And, just when you think the masked murderer is going to his grave… SHE STABS YOU IN THE BACK. Nothing is quite as brutal as a mother’s vengeance, yeah? Maybe that’s the way to really enjoy Friday the 13th; not as a traditional slasher movie- instead as Pamela’s revenge. After all, she is the slasher here- not Jason. She’s also the first female slasher. Think about that for a minute. Quite by accident Pamela became the feminist fatale hero. No longer were women relegated to mere victimization… I mean, sure, they would be for years to come – but come on, this was a nice side step.

Granted, Friday the 13th steps back in line with the slasher formula in all of it’s sequels- good and bad. But in that first film we have something special. Something unique. Something all together horrific, and I think that should definitely have it’s praises sung. So, for this month, I’m moving Friday the 13th up a notch or two. I’m putting Pamela back in her rightful place as a slasher icon- it’s good for a mother to be close to her son, after all. 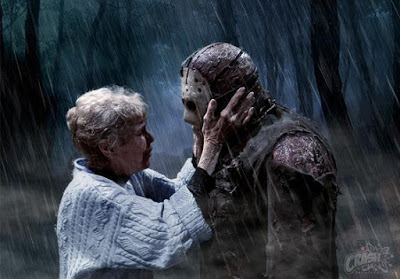 The family that kills together…