The scariest thing to me has always been disjointed, surrealist things. David Lynch’s work has always unsettled me to no end (the stuff I could get into, anyway). Tim and Eric and Too Many Cooks had me terrified the first time I experienced them. And now I’ve discovered Chris Morris’s radio series Blue Jam, I can’t seem to stop listening.

Blue Jam was created, written, and produced by Chris Morris, who you may know as Denholm Reynholm from the excellent series The IT Crowd. Before this show, he did comedy news programs similar to The Colbert Report and the like, but after those ended, he ended up taking a rather…unusual route. The result was a late-night sketch “comedy” program on BBC Radio which won a few awards, a little cult of fans, and a massive group of people questioning “…why”.

The show always opens with a broken-English monologue by Morris about feelings of despair and sadness (“when you naked, so shiver in the drizzle, look at clothes by your feet and think oo yes warm, then eat them by mistake…then welcome, ee arth welcome in Blue Jam.”), setting the stage for a series of odd sketches, some of which are quite funny, but most of which are just simply unsettling. One of the lighter sketches involves a couple calling in a TV repairman regarding their television which has, apparently, lizards coming out of it. But this is one of the few “comedic” sketches that won’t really offend – things get dark, dark, dark. 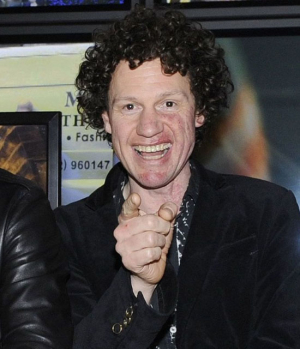 Not what you’d expect from a silly man like this.

Consider the sketch about the woman who thinks she’s performing acupuncture, but is really just crucifying all of her patients (“I’ve never had a patient come back; I do have difficulty in getting some of them to leave under their own steam – we just have to put them out the back, they’ve normally gone in the morning”). Or the woman who hires a plumber to “fix” her dead baby. Or the man who hires a little girl to murder someone for him…or, worst of all (to me at least), the couple who slowly realize their son has been kidnapped and murdered – and are indifferent as all hell about it. You sometimes laugh, but you ask yourself why you’re laughing, too.

There’s even some recurring sketches, like the doctor’s office where the doctor does all sorts of weird things to his patients, such as kissing their wounds better or going into another room to speak with them over the phone or making terrible jokes, and the couple who have a lot of unusual, unsettling, and impossible sexual turn-ons. There’s also (and these are my favorites) monologues by Chris Morris in the persona of a highly psychologically disturbed man in all sorts of situations. These aren’t funny per se, but they’re interesting. VERY interesting. From the first story of the man finding a gun and not knowing what it is, to the one about the man becoming a series of art installations, you won’t be able to tear yourself away.

The sketches and monologues are alternated and soundtracked with awesome, awesome ambient songs. This is probably the part I enjoy the most of the show – the music. From alternative rock to dream-pop to instrumental electronic music, the soundtrack is EXCELLENT. And perfect, as after being unsettled you do need something cool to jam to. Well, blue-jam to. Here’s one of my favorites from one of the shows, “Stars” by Dubstar.

Blue Jam’s following has even granted it a TV adaptation, titled simply Jam. It’s even scarier and creepier and a bit less accessible than the source material, but if you can get into it, it’s very, very well-made. The show is mainly made up of videos of the actors lip-syncing the sketches from radio, adding to the unsettling atmosphere. It only lasted a few episodes, but its cult following is strong.

Blue Jam is quite the unique experience. It’s obviously not for everyone – the content can offend many a person – but if you can stomach it, it’s quite a ride, and worth experiencing at least once. If you’d rather not, you can catch Chris Morris in The IT Crowd as the rather silly boss of the company (though he stops showing up after Season 2 Episode 2 – you’ll see why).

The full series is available to stream and download on the Internet Archive here. 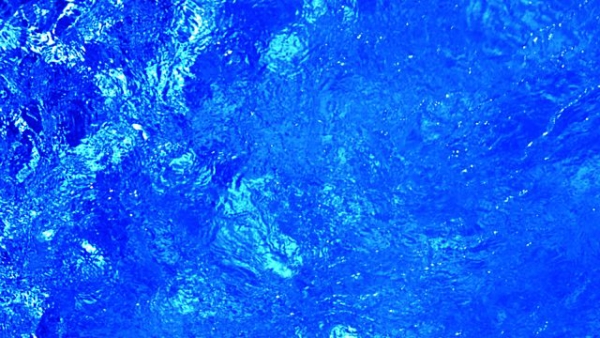 I think this is supposed to be literal blue jam. (Promotional photo from the BBC)