You know, I just… I can’t even with this section. As if psychosis didn’t already do it for me, add in a kink factor that is glaringly obvious under a thin layer of barely repressed sexual frustration and I’m a mess. A hot mess. Really. Truly. You can’t take me anywhere near these movies or their villains. Grab your fans boys and girls and dig your heels in – we’re off to explore some of my favorite O-faces… 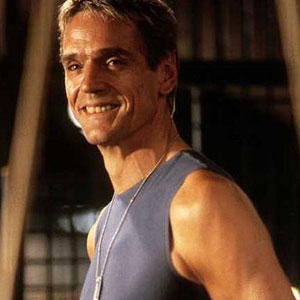 He’s insane. Bat shit fucking crazy. No doubt. But he sucks me in. I want him to get all that gold. I want him pissing off McClane. I want him to avenge Hans Fucking Gruber. And, yes, I want him to have violent repressed sex with his devilish blonde friend. And, while he’s doing all of this, I want to listen to his voice calmly place orders to destroy the city. He purrs at the screen and paws at my skirt. That’s what he does. 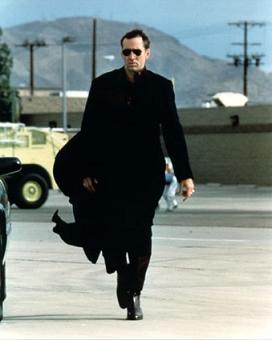 Castor Troy
So, here’s the thing. I don’t give a shit if you didn’t like Face Off. It wasn’t a cinematic masterpiece, but it was good. I enjoyed the limited storytelling to accommodate the over the top John Wu look. Because, who better to use a slow motion shot of Nicholas Cage getting out of a car and walking, steamily, towards the camera with his jacket blowing back, than Wu? Who? No one. That’s who.

Troy is an interesting villain to me because he’s a loony, sure, but he loves his brother. Or, rather, loves his brother in the only way he knows how, which is kind of endearing, right? So, he loves his family and he loves peaches. PEACHES, guys. And, guess where I live? GEORGIA. He would LOVE me. He would eat me for hours. What?! 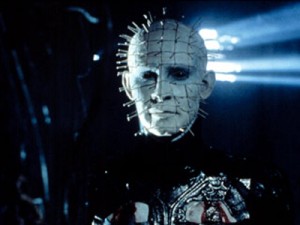 Pinhead
Fuck you if you don’t think Pinhead is sexually repressed.

Ok. Maybe him as a Cenobite is the complete opposite of being sexually repressed, but imagine BEFORE he became Pinhead. Or don’t. I mean, it’s fucking Pinhead. I want him. I want him to tear my soul apart. And, here’s the thing. When Pinhead tells you that, you believe him. You see him coming towards the screen and you can’t look away. You hear him say those words to you, and you pretend you’re not okay with it, but secretly, you know you are. Because, PINHEAD.

Aside from the fact that Pinhead IS sex, pain and pleasure, he is also your (or at least MY, don’t judge me) deepest, primal emotions and desires. I think any villain that IS a part of your own psyche, not just tapping into it – encompassing it – is far scarier than any other type of villain. And really, any villain that can tickle my psyche can tickle my… well, you know.

AND ONE TO GROW ON: 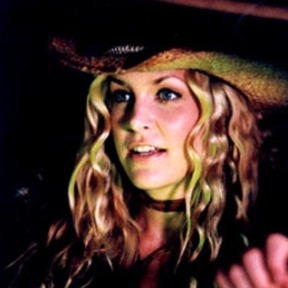 Baby Firefly
Let me say this, Rob Zombie casts his wife in his movies just to torture us all with how fucking hot she is. For reals. Did you see her in his Halloween remake, pole dancing, shot in the first person. Fuck you, Rob.

That being said, Baby Firefly is a wack job if there ever was one, and I’d do terrible things to her. I don’t know that I’d lump her into barely repressed sexual frustration, but I will tell you this, she’s sexual and gets off thoroughly on what she does to people. She doesn’t bat an eye about killing you then fucking you, or fucking you then killing you. She uses her body and her sexuality to benefit her own desires, and while that’s completely narcissistic and unattractive, she makes up for it being so damned beautiful and silly about it all.

Here again, I find myself loving a villain because they can laugh – either at themselves or what they are doing – even if it’s a crazy fucking laugh. Who am I kidding… ESPECIALLY if it’s a crazy laugh.

So, there you have it. Some of my favorite overly sexualized, yet sexually repressed villains that I love to love. There are more out there in the world of villainy and I’d love to touch on every one of them. Really, I’d love to touch everyone of them. But, I have a word limit and after this article – I’ll be in my bunk.

What barely repressed sexually frustrated villains would you like to help heal?

14 fucks were given in the making of this article.