I was destined to be a geek; it’s one of the few things about myself of which I am truly certain.  Growing up, my family had dinner together every night while the TV at the end of the table played back to back episodes of the original Star Trek.  (FYI, Barbie’s hair will never form Yeoman Rand’s magical woven bouffant, oh how i tried.)  My first movie memory from a theater was seeing the Ceti eel burrow into Chekov’s ear in Star Trek 2. I had a brother that was 8 years older than me and when none of his friends were around he would hand me a long spray painted and electrical taped metal tube and we would make light saber noises and fight each other.  He even helped me roll D&D characters when I was 8 and taught me about dice with more than 6 sides. 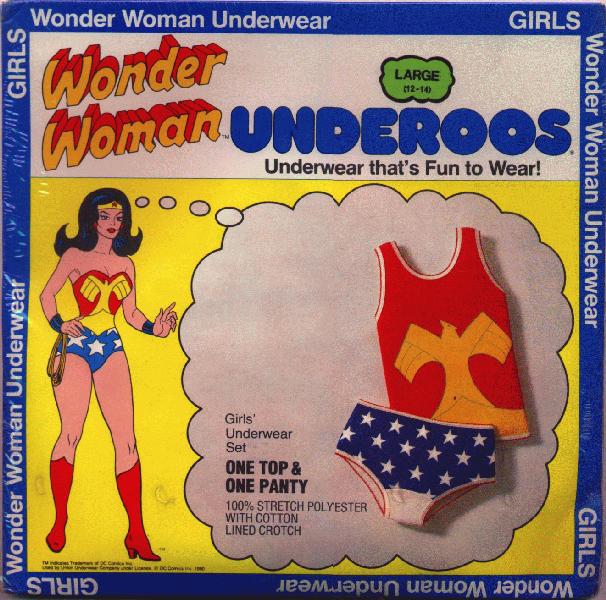 When I was 4 I lived in my Wonder Woman underroos, taking them off only when mom forced me to allow them to be washed, and never wanting to wear anything over them (so everyone would know I was an Amazon).  I even made bracelets.  I didn’t have access to feminum, so i covered toilet paper rolls in tin foil and deflected pretend bullets.  To this day, every woman I’ve ever considered truly cool has revealed that she too owned Wonder Woman underroos.  As I got older my style icons became even more overtly sexual, but always women with power.  First, Princess Ardala from Buck Rogers, then Red Sonja and DC’s Amethyst.  And of course, Princess Leia and that damn slave costume.

It’s not that i don’t love Princess Leia, she’s a badass!  She helps lead the Rebellion, she stands up to Vader, and she’s an amazing shot.  Unfortunately, as I got older and began to date I discovered an entire generation of men holding out for Princess Leia.  That costume has become the doorway for hot bodied women with no idea where Dagobah is to seduce male geeks out of their pants.   Oh, I know men think that hot women don’t date geeks, and for some of them I’m sure that’s true, but this is a new era in mating.  Women aren’t stupid, even the ones that seem incredibly stupid.  They know that the geek shall inherit the earth, they’re all looking for the next Steve Jobs or Mark Zuckerberg and they will even venture into parent’s basements to find them.  Next time you are at a convention and that flawless girl in the store bought gold bikini makes eyes at you, you ask her how long it took the Falcon to make the Kessel Run.  If she doesn’t answer immediately she needs to be choked with her own slave collar.  That girl is doing nerd face, a geek minstrel show, and if you procreate with her you will have a future of sporting events and visiting your action figures in the damp corners of your basement.

Take heart, geek girls are out there.  We’ll only make you move your long boxes to make room for ours.  We may even break out our own gold slave bikini, but you can be sure, if her geek heart is true, it will be hand crafted and movie accurate.