Forgotten Sagas of the 13th Age, Session 28: The Chad’maragh

The party has entered the dungeons and caverns below Baldann Fortress, aware that a Frost Giant and possibly something even more terrifying is now outside. The true secret of the fortress still remains, as well [...]

Forgotten Sagas of the 13th Age – Session 27: Moving on in Baldann

We kick off the new year with the aftermath of a very personal fight for Bryn. His sister lies dead, having betrayed kith and kin to escape the pressures of Dwarven society and her place [...]

It’s been an interesting time to be a Star Wars fan like I am and I expect a lot of geeks are. The discussion of what’s going on with the franchise, and more specifically the [...]

People who play tabletop RPGs and wargames have always had an... interesting relationship with novels, anthologies, and short stories based on the properties that they play. On one hand, you have companies like Wizards of [...] 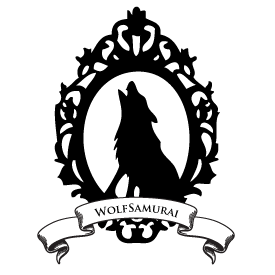 AGE: Younger than A New Hope, but older than Empire.
SEX: With all of you? No thank you.
MOVIES: Star Wars, Lord of the Rings, Princess Bride, Hellboy, Star Trek, Men In Black, and so so many more.
BOOK: Asking my favorite book is an impossible task. There are too many to ever name. Ever.
MUSIC: Everything except rap, hip-hop, country, and that sort of thing. Loves me some hard rock, classic rock, and folk/viking metal.
COMICS/MANGA: Atomic Robo, Hellboy, Sandman, V For Vendetta, Watchmen, Rurouni Kenshin, Negima, and more.
TABLETOP GAMES: Arkham Horror, Munchkin, D&D, Eclipse Phase, 13th Age, Shadowrun, and a billion more.
VIDEO GAMES: Legend of Zelda, Final Fantasy, Castlevania, Metroid, Mass Effect, Borderlands, and many many more.
Posting....