The other night, Mrs. Twisted Pixie and I got the hankering for pancakes. It was one of those cravings that just had to be satisfied or it would haunt us the rest of the evening. So we ran [...]

Ah yes, the season of giving is upon us. Whether you give someone a 12-month Xbox LIVE gold subscription, or they give you a headshot from across the map in Battlefield 3, the sentiment is [...]

I love to cook.  I spend a lot of time in the kitchen. You see, in my family, it is the men who you will find making dinner or preparing snacks. During family reunions, we [...]

I am a geek. So is my wife. We met 9 years ago online via Yahoo Personals (does anyone use Yahoo anymore?), and have been together ever since. The road to our nearly decade-long relationship [...]

Fueling the need for change

You there! Dear reader! Go wipe yourself with a fist full of leaves. No? How about you drill a hole into the side of your head to release the demons when you get a headache? [...]

Fiction is rich with post-apocalyptic landscapes; Zombies, robots, aliens, “The Bomb” (that one is an oldie but a goodie). But how feasible are those scenarios really? Well, there is so much mutually assured destruction in [...] 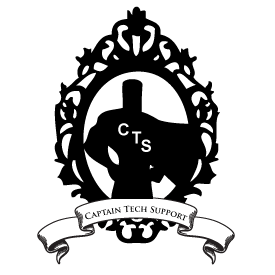 In an ideal world there would be no country lines to divide us geographically, politically, or on a humanitarian level. In my perfect future we would move forward as a species into a brighter tomorrow. For now I will sit back with my rum and Coke and watch the humans climb all over themselves trying to decide whose dick is bigger. One day the time of petty squabbles will be done and I will finally get my flying car.

AGE: The Arecibo Observatory radio telescope officially opened exactly 15 years before the date of my spawning.
SEX: I was once a female. Then I had a chromosome change.
MOVIES: Ladyhawk, Equilibrium, Cube, 5th Element, Sin City (To name a few)
MUSIC: Fall Out Boy, All That Remains, Mudvayne, The Offspring
TV SHOW: Face Off, Grimm, The West Wing
BOOK: The Codex Alera series, the Dresden Files series, Neuromancer
COMFORT FOOD: Does it have cheese? If not, then you’re dead to me.
FAVORITE WORD: Indubitably
PREFERRED APOCALYPSE: Viral. There is no more efficient killer in the world than a genetically superior virus.
WEAPON: My rapier wit. And if that fails, an ACTUAL rapier.
EMAIL: cts@thenerderypublic.com