This is one of those recipes that was born of necessity…which philosophers have explained to me is a mother…or something like that.

Old college wisdom supposedly dictates that Italian-American food is a great hangover remedy. Unfortunately while college is great at providing students with hangovers, its not so great at providing cures that don’t come from a can. This is how I wound up with my extremely hungover niece slumped in an unpleasant pile on my sofa, mumbling semi-coherently about “please Uncle John..my hair hurts..some lasagna maybe?”

When I was in college [and dinosaurs walked the Earth] hangover remedies were more “Super Mario” and less “Mario Batali”. 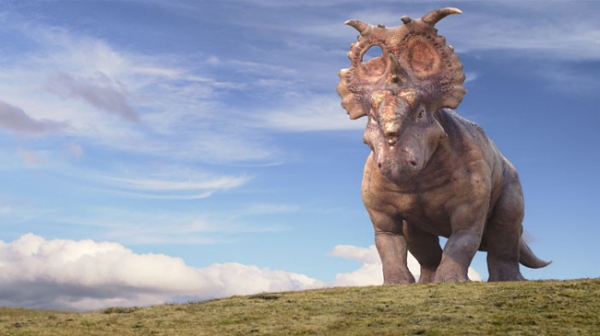 She’s my oldest niece, the coolest member by far of my family’s next generation and I can’t stand seeing a 90 lb Goth-ish Blessed-wanna-be in severe discomfort. Plus when I look at her I don’t see a 90lb Darkling..I see back10 years ago when she was a grade schooler rocking Powerpuff Girls pajamas and begging me to let her stay up late so she could watch Buffy and Angel. Finally she was slumped in my beloved puppy’s special place on the sofa, so I was forced to take action.

I sent my niece up to our shower in an attempt to A) resurrect herself and B) suss out how I was going to quickly bust out something comforting in nature and Italian-American in flavor.

Lasagna was out of the question, mainly because on my day off from both my private chef and event catering jobs the LAST thing I feel like doing is cooking. 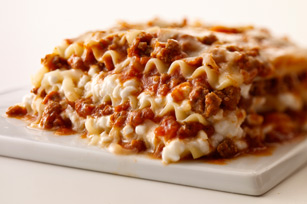 Plus there weren’t a lot of provisions in our house as my wife has been away on business for nearly a week. But we did have a nice-sized basket of Jersey tomatoes of both the heirloom and plum variety I’d scored from a local farmer.

Imperfect storm anyone? Striking again when all I wanted was some peace and quiet in my rarely-empty house. Ehh.

So with an exaggerated sigh I reluctantly marched into my kitchen and started wracking my brain for ideas. Thankfully long before I abandoned my previous life as an unloved office drone and became a beloved local chef, I was [and still am] addicted to food television, websites, and cookbooks. At least in theory I’m fairly strong with the epicurean side of the Force, so it wouldn’t do for me to call for a pizza and go back to reading my first novel in nearly a year [farewell Artemis Fowl] .

Enough about me, I’m sure the 5 or 6 of you actually reading something I wrote are wondering, “where the frak is the recipe?” 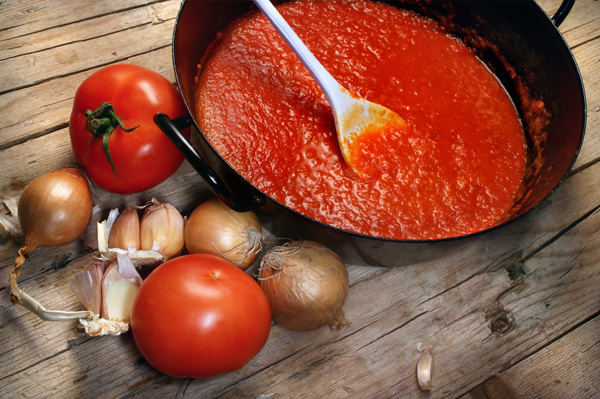 First let me say almost everyone who cooks has some sort of Italian-American tomato sauce/gravy recipe, whether it comes from a grandparent or a Godfather/Goodfellas/Sopranos website. This is more of a technique tip than a proper recipe, as the ingredients are all essentially the same:tomatoes, garlic, basil, oregano, crushed red pepper flakes, horn peppers, white onions, red wine, olive oil, salt and pepper to taste.

However instead of crafting this deal in a massive stock pot or Dutch oven and chopping up everything into 3/4 inch bits with a kitchen knife, just like everyone else..I learned from multiple sources, most notably Alton Brown, that the best way to get flavor out of tomatoes is not to fry them, or stew them, but to roast them.

Yes, I said an oven..don’t look at me like that..I’m not crazy..my guidance counselor in middle school even said so.

Anyway..tomatoes [preferably a mix of plum and heirloom, due to their minimal water content] in a 325 degree oven for 90 minutes, said tomatoes to be first halved, oiled, seasoned and placed in a Pyrex dish. Along with the grated veg.

As for the garlic, onions and horn peppers, experience and several cooks I’ve worked with who are MUCH more talented than I am strongly suggest GRATING veg into a sauce instead of chopping and dropping. 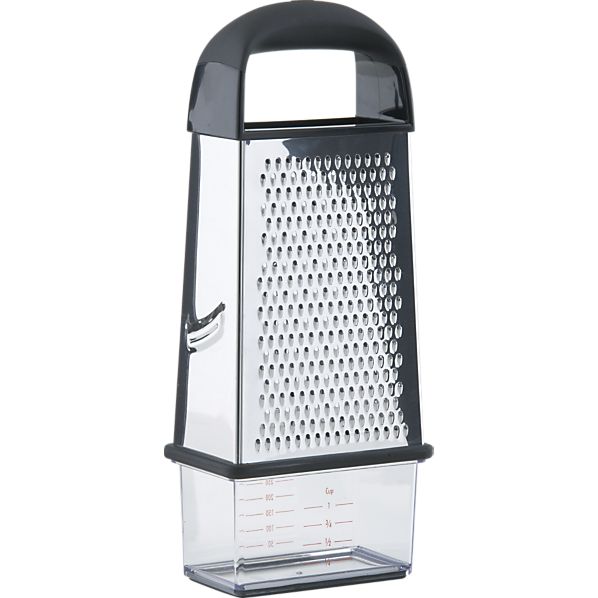 Pretty common kitchen tool, the box grater, drastically underused in my opinion. Check it out for yourself. Buy an onion, halve it, and grate it. Much better texture and flavor in everything from beef stew to beef paprikash. These days micro-planers made grate [see what I did there?] stocking stuffers and go for about $10.

Grate things [heehee..I kill myself] can come from your garden or local farmers market. And your own kitchen 🙂

Moving on, after 90 minutes pull your tomatoes and veg. Add fresh herbs [basil and oregano] and a half cup of red wine [nothing too sweet..Merlot works great here]. The tomatoes should be cooked and sitting in some unwanted watery liquid when you remove them. No worries, remedy for that is simple. Crank your hotbox up to broil and leave the oven door open about a foot or so. Wedge in a wet wooden spoon if you have to [wet so it wont burn]. This will evaporate unwanted water, cook off the wine, and cook the herbs just a bit. 20 minutes max depending on how much juice your oven has.

Wrapping this up, pull the glass tray of stuff and allow it to cool for a bit. Then spoon it into a food processor or blender. Blitz [not the Bella kind] until your stuff is sauce-like. It should be still hot [but not oven broiling hot], so it can be served over cooked pasta. Or onto any sort of grilled flatbread/dough/toasted pita/French bread sliced lengthwise. Top with any number of meats/cheese/herbs/vegetables/BACON!

Apologies for making a short story long, but with this application, which admittedly takes a couple times to perfect, in your culinary toolbag you can bust out an anything from proper homemade pizza to eggplant rollatini to classic Italian-American al forno dishes to a simple pasta and sauce with a side salad.

Its worth the effort, even if you don’t live in New Jersey, which incidentally has the nation’s best tomatoes [sorry California].
Pyrex dish. Sturdy box grater. Maybe a micro-planer. Three must-haves for any kitchen, but crucial for a Killer oven-roasted tomato sauce.