It was never easy for Bella. She was born a poor black child. She remembers the days, sittin’ on the porch with her family, singin’ and dancin’ down in Mississippi … wait, that was Steve Martin in The Jerk.

Bella rages. A LOT. She’s a raging: nerd, writer, designer, gamer, crafter, and geek girl. She also obsesses, a lot, about: ellipses, tattoos, beards, bubbles and sometimes Cheetos. Bella is a child of the 80′s, more specifically, a child of the 80′s action flick – which can be construed as the cause of her rage and her love of cussing like a sailor (children, beware).

When she’s not writing, coding, designing or cussing, Bella surrounds herself with artists of like mind and interests (mostly, boobs). And when she’s not spending her time losing followers on twitter because of her foul mouth, she’s in public drinking craft beers, talking loudly about boobs and losing followers because of her foul mouth. She has an unhealthy obsession with horror and violence and a not-so-secret love affair with all things Arnold Schwarzenegger.

She is currently surrounded by Moosh fluff and wondering how to make a living by saying the F word a lot. 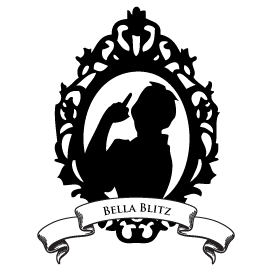 My goal in life is to drink whiskey and smoke a cigarette while being called a “classy broad” and getting slapped on the ass by a stranger (my standards are not very high).