I told my editor I was going to write this article and his response was, “Only five?!?!?!”

I’m trying to keep this shit light, yo.

1. What is that shit excuse for writing?

I know, I know. But, Bella, this was fanfic. That is no fucking excuse, ever, for the drivel that was jotted down, posted online, printed on paper, and sold to millions of people. I’m sorry. It’s just not. I’m not saying I’m fucking Tolstoy or Warren fucking Ellis. But Gods damned if E.L. James isn’t the writing equivalent of a four year old with a crayon. Let’s take a look, shall we:

I scowl with frustration at myself in the mirror. Damn my hair—it just won’t behave, and damn Katherine Kavanagh for being ill and subjecting me to this ordeal. I should be studying for my final exams, which are next week, yet here I am trying to brush my hair into submission. I must not sleep with it wet. I must not sleep with it wet. Reciting this mantra several times, I attempt, once more, to bring it under control with the brush. I roll my eyes in exasperation and gaze at the pale, brown-haired girl with blue eyes too big for her face staring back at me, and give up. My only option is to restrain my wayward hair in a ponytail and hope that I look semi-presentable.

Kate is my roommate, and she has chosen today of all days to succumb to the flu. Therefore, she cannot attend the interview she’d arranged to do, with some mega-industrialist tycoon I’ve never heard of, for the student newspaper. So I have been volunteered. I have final exams to cram for and one essay to finish, and I’m supposed to be working this afternoon, but no—today I have to drive 165 miles to downtown Seattle in order to meet the enigmatic CEO of Grey Enterprises Holdings, Inc. As an exceptional entrepreneur and major benefactor of our university, his time is extraordinarily precious—much more precious than mine—but he has granted Kate an interview. A real coup, she tells me. Damn her extracurricular activities.

She goes on, in the same page, to describe Kate as many wonderful things; including her dearest, dearest friend. But I’m already too fucking bored to care, really.

2. What is this shit excuse for “steamy” sex? 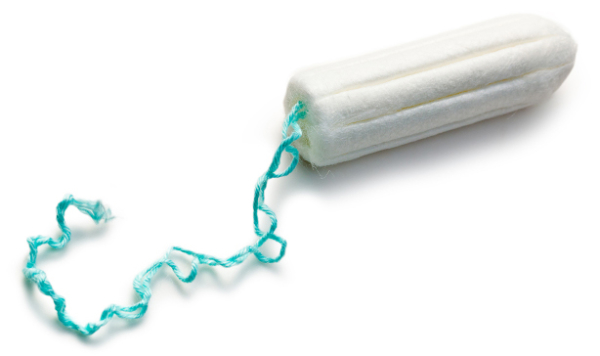 You know what, I’m going here. There is a scene in the book wherein a tampon is removed by Grey so he can have sex with Ana. People lost their shit about this. It’s soooo controversial. It’s soooo taboo. Here’s my thinking: 1. If you can’t handle talking or reading about sex at any given time, you shouldn’t be talking/reading about or having sex. 2. If you think sex during menstruation is gross, get fucked. Sex is always awesome. 3. I’ve had a guy remove a tampon for sex before, sure the sensation is bizarre, because only YOU typically do that shit. But trust me… I was not thinking “Jeez” when it happened. In fact, I thought… “wow, that felt weird. OH GODS YES YOUR DICK”. But hey, don’t listen to me, read this brilliant display of literary fucktardedness.

His breathing is ragged, matching mine.
“When did you start your period, Anastasia?” he asks out of the blue, gazing down at me.
“Err… yesterday,” I mumble in my highly aroused state.
“Good.” He releases me and turns me around.
“Hold on to the sink,” he orders and pulls my hips back again, like he did in the playroom, so I’m bending down.
He reaches between my legs and pulls on the blue string… what! And… a gently pulls my tampon out and tosses it into the nearby toilet. Holy fuck. Sweet mother of all… Jeez. And then he’s inside me… ah! Skin against skin… moving slowly at first… easily, testing me, pushing me… oh my. I grip on to the sink, panting, forcing myself back on him, feeling him inside me. Oh the sweet agony… his hands clasp my hips. He sets a punishing rhythm – in, out, and he reaches around and finds my clitoris, massaging me… oh jeez. I can feel myself quicken.
“That’s right, baby,” he rasps as he grinds into me, angling his hips, and it’s enough to send me flying, flying high.
Whoa… and I come, loudly, gripping for dear life onto the sink as I spiral down through my orgasm, everything spinning and clenching at once. He follows, clasping me tightly, his front on my back as he climaxes and calls my name like it’s a litany or a prayer.
“Oh, Ana!” His breathing is ragged in my ear, in perfect synergy with mine. “Oh, baby, will I ever get enough of you?” he whispers.
Will it always be like this? So overwhelming, so all-consuming, so bewildering and beguiling. I wanted to talk, but now I’m…

Wanna bash your head into a wall yet? I sure as fuck do.

This is a big one. I know it’s a big one. And, I know it’s been written about so many times you’re sick of reading about it. But like I said earlier, it needs to be said a million times and read a million times and understood a million times to make sure that the readership out there isn’t going to hurt themselves, hurt someone else or get hurt by someone else. I think it’s wonderful that this book has brought BDSM/Kink into the mainstream on a scale that not even Secretary or 9 1/2 Weeks did. I think it’s wonderful that young girls and boys are reading about sexuality and discovering what they may or may not be into. (I think it sucks that it’s happening via this particular drivel – but whatever.) 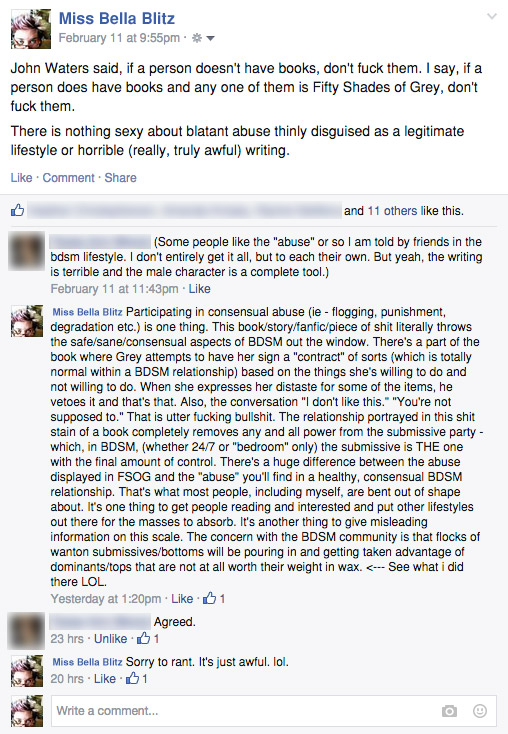 And here’s a more in-depth article that is very informative and less ragey than anything I could say.

4. What is this fanfic of fanfic shit?

I only just became hip to this hogwash byproduct. Fifty Shades of Abuse is a Twilight Fanfic. Great. Fine. Whatever. People write them all the time. I write them. In my head. Because I’m not sure if anyone is ready for Clancy Brown on Clancy Brown action. But that’s neither here nor there. But I feel like there may be a need to STOP the fanfic of fanfic genre. Why? Oh, I don’t know… Because you may be fettered to this particular style of – what’s the the word – fuming pile of horse shit writing. Honestly, this is just a fear I have. You see, I love to read. I LOVE it. And I fear for the integrity of bookstore’s shelves (physical or online). I’m not going to post any links, but you can find them easily enough. The ones I’ve looked at are keeping true to the “original” fucking masterpiece that is Fifty Shades of Jesus Christ Why Won’t This Trilogy Die, not just in character, tone and style. But also in boring, abusive and barely sexy.

Quick. Let’s talk about something else before I have an aneurism.

We’re supposed to believe, through sloppily written prose and even worse erotica, that Ana, our frail but beautiful butterfly, is becoming sexually awakened? Uhm. NO. Ana is being abused. Right up through the end of the trilogy she is trying to leave and cannot. A sexual awakening is FREEING. Fifty Shades Freed, is the exact. fucking. opposite. 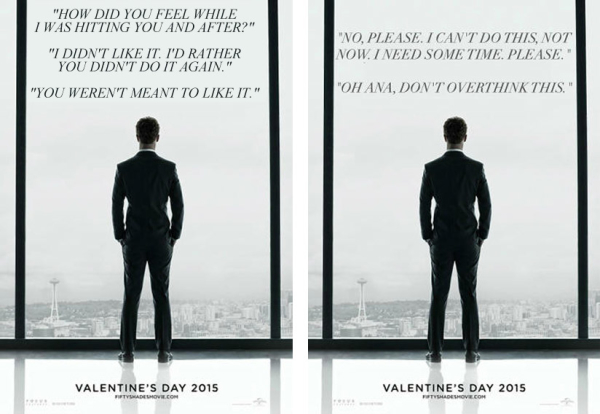 I like to think, in the end, she’s running for the hills after chopping off Grey’s dick and replacing it with his contract.

BONUS:  What is this Jamie Dornan interview shit?

So, I may still be fuming about some of his asinine comments during his interview with Elle UK. But, really, who wouldn’t be? This actor has been given an opportunity to portray a very well known character in a very well known (albeit, misguided) BDSM/Kink story. And, what does he do with that? I’ll tell you what he does: He visits a dungeon to learn more about BDSM and is upset that he isn’t “getting a show” and THEN expresses his disgust with the very lifestyle he is bringing to mainstream audiences by announcing that he had to “shower before touching either of them” (them being his wife and child).