Ah, Back To The Future part II. It seems like forever since it came out, the smartest film in the trilogy and the one that’s divided the fans. It also divided the timeline, with an alternate 1985 (two, technically, since the one at the start is the alternate one Marty created at the end of the first film), a return to 1955 and the far-flung future of 2015. It also starred Elijah Wood, and if you don’t believe me just check out the Wild Gunman scene. He’s the kid with the colander on his head.

But like so many “old” sci-fi films, the future is no longer as far ahead as it once was. Escape From New York/LA, Predator 2, the Terminator films, Demolition Man, Double Dragon and so on, they’ve all been a bit off regarding their predictions. But we love BTTFptII (ugh… lousy acronym) so much that we’d like to see that version of 2015 in some way. We’ve got 9 months to make it happen, so let’s look at some of the things they offered and see what we can do…

1) Jaws 19 In 3-D! The Jaws films are long gone, having reversed the jump the shark trend by having the shark jump Michael Caine. There’s no way they’re going to make up to 19 by next year. So why not just re-release the original Jaws in 3-D? It’s the next best thing. And the shark didn’t look fake.

2) Abolish All The Lawyers! This one doesn’t look like it’s going to happen. Sad but true. Still, if we can all try to avoid legal problems over the next year then the lack of business they get may cause some of them to disappear. It’s not a perfect solution, but it’s the best chance we’ve got.

3) Hoverboards! Anyone who saw Mythbusters knocking anti-gravity knows it’s a problem, but since the idea was some sort of magnetic repulsion keeping those things off the ground it’s a scientific possibility. Sadly we don’t have time for science, so we’ll have to cheat and take a page from George Lucas. If everyone wears glasses and we smear vaseline along the bottom of the lenses, it’ll blur out the wheels when we look at anyone riding a normal skateboard. Simplicity is best.

4) Power Laces! What are you, too lazy to tie your own shoes? Fine. Let’s just go back to velcro straps and be done with it. 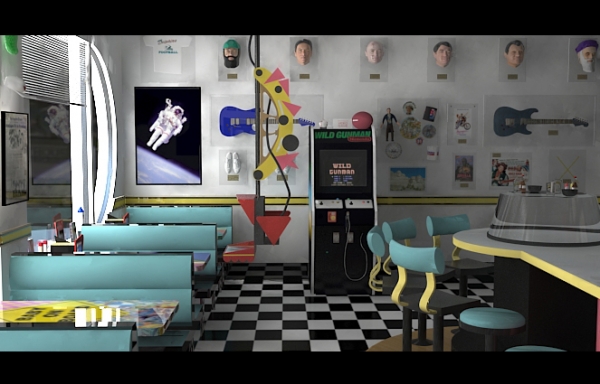 5) Cafe ’80s! Anyone who doesn’t establish a theme restaurant called Cafe ’80s next year is missing out. The place just needs some TV screens on a wall, an old arcade game in the corner (Operation Wolf is a good substitute for Wild Gunman), some cycling machines from a gym and TV screen waiters done in Max Headroom style. All of this is possible, so get to it entrepreneurs!

6) Hydrated Pizza! Sigh. What could be nicer than a small dehydrated pizza that gets hydrated to full size? We know from Demolition Man that Pizza Hut is the food of the future, and this film confirmed that. We can’t hydrate it, so just eat it as is. All year. Just remember that eating too much cheese may alter humanity’s evolution and change how toilets work. 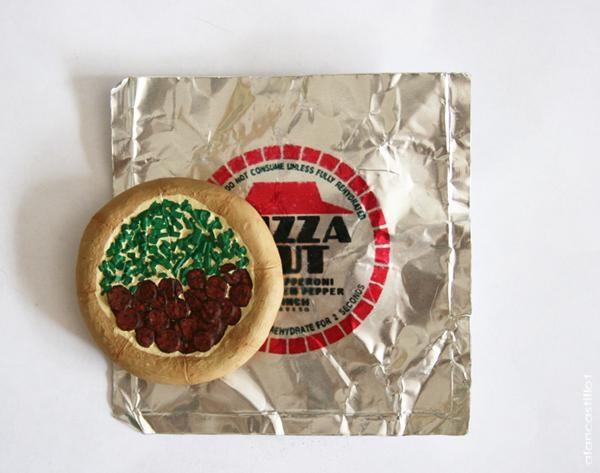 7) Your Jacket Is Now Dry! Having a self-adjusting, self-drying jacket is cool. If those NASA guys can mass-market memory foam for shoes and pillows, who knows what other wonders they can create? Failing that, either spend lots of time wearing your wet jacket in the sun, or else someone needs to open up laundromats with spin-dryers on every street corner. Your jacket will never be wet for too long again!

8) But It’s The Flying Car! This is a tough one, and short of some Tony Stark-like scientific engineering genius coming up with hover-conversions you can forget it. So rather focus on the Mister Fusion addition. We all know it was just a Mister Coffee with a different logo. Print a new logo out with your computer, attach it to a Mister Coffee and place it on your car. If everyone did this, the future would be looking bright.

9) Jarvis! The electronic voice that greeted people who entered the McFly home may not have been Jarvis from Iron Man, but it’s not far off. We’ve got key rings with Darth Vader voice chips, you’re saying they can’t make a motion sensor alarm for a front door that greets us too? This is one that science can give us now, and if it tells us we’re king of the castle and lord of the manor, who’s going to complain? 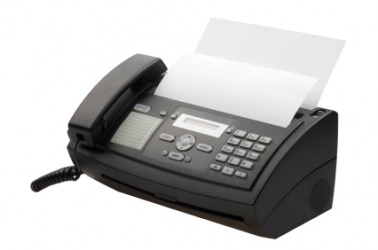 10) Read My Fax! Yes, this one will require some hard work. It’s time to ditch your flashy printers, scanners and email features and install fax machines everywhere. They may be almost obsolete in this day and age, but they’re a vital part of 2015. It’s time to dig them out of the junk piles and get them going again. Forget what modern technology has given us, it also gave us CDs and yet we’re bringing back vinyl. Fax machines are the way forward, because Back To The Future said so!